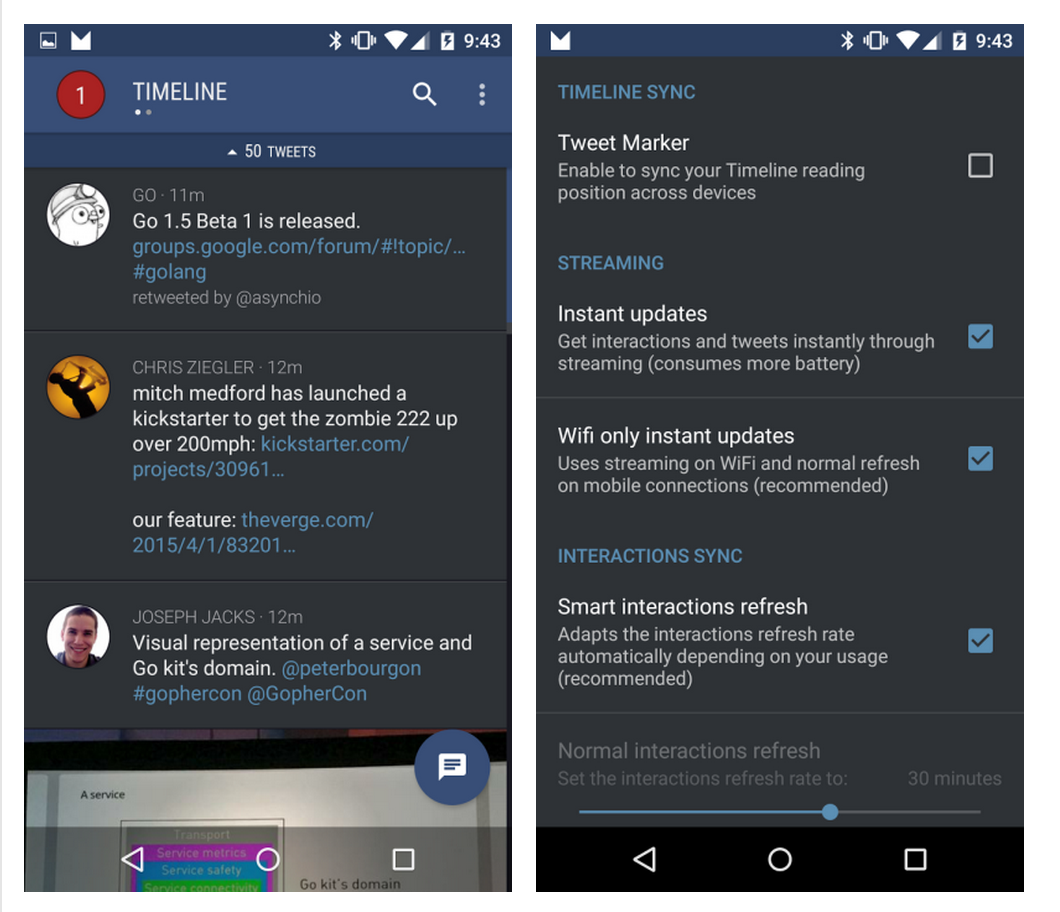 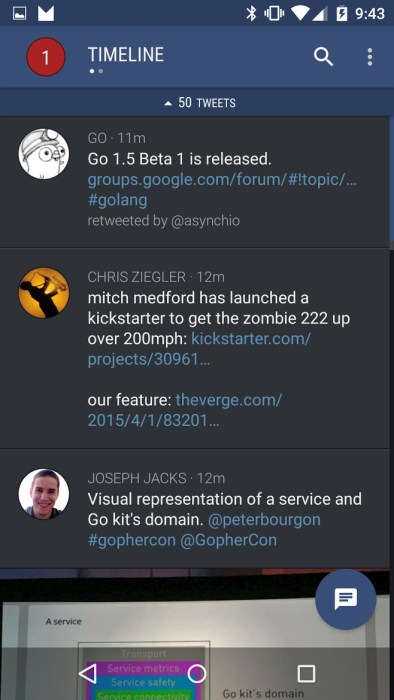 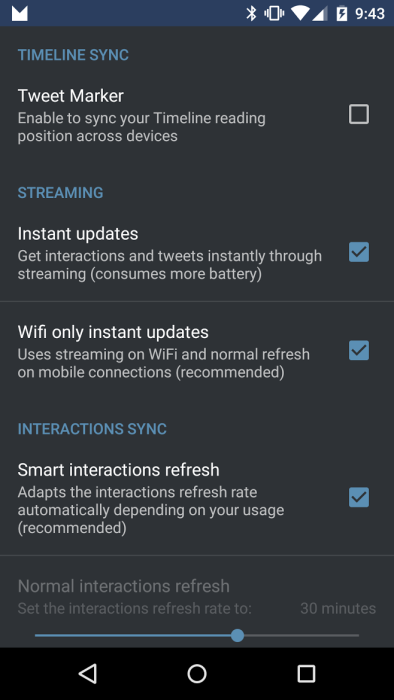 Falcon Pro 3, the “ultimate” Twitter experience for Android, has received a new update that brings some changes for avid users of the real-time communication network.

The first update is a new toggle that allows enabling of live streaming only when on a WiFi connection. Once enabled, Falcon Pro will revert to the regular pull-to-refresh interaction when you move to a cellular connection. The live streaming option, which pushes new interactions and tweets instantly to the app, unsurprisingly uses more battery life as its constantly pinging Twitter’s servers for new content. The developer of the app says this new toggle provides the “best compromise between instant updates and battery life.”

The second update, which is a bit smaller, hides the compose FAB (floating action button) whenever you scroll up in a feed. It’s a small change but a nice one as the FAB tends to overlap bits and pieces of tweets. It’s particularly smart that the button is only hidden when you scroll up, however, as logic states you’re probably scrolling back up to re-read something, and these tweets will come up from the bottom of the screen where the FAB is placed.

Other than those changes, the update brings the standard “fixes and improvements.” You can download the update now from Google Play (click here) or grab the APK from APKMirror (click here).