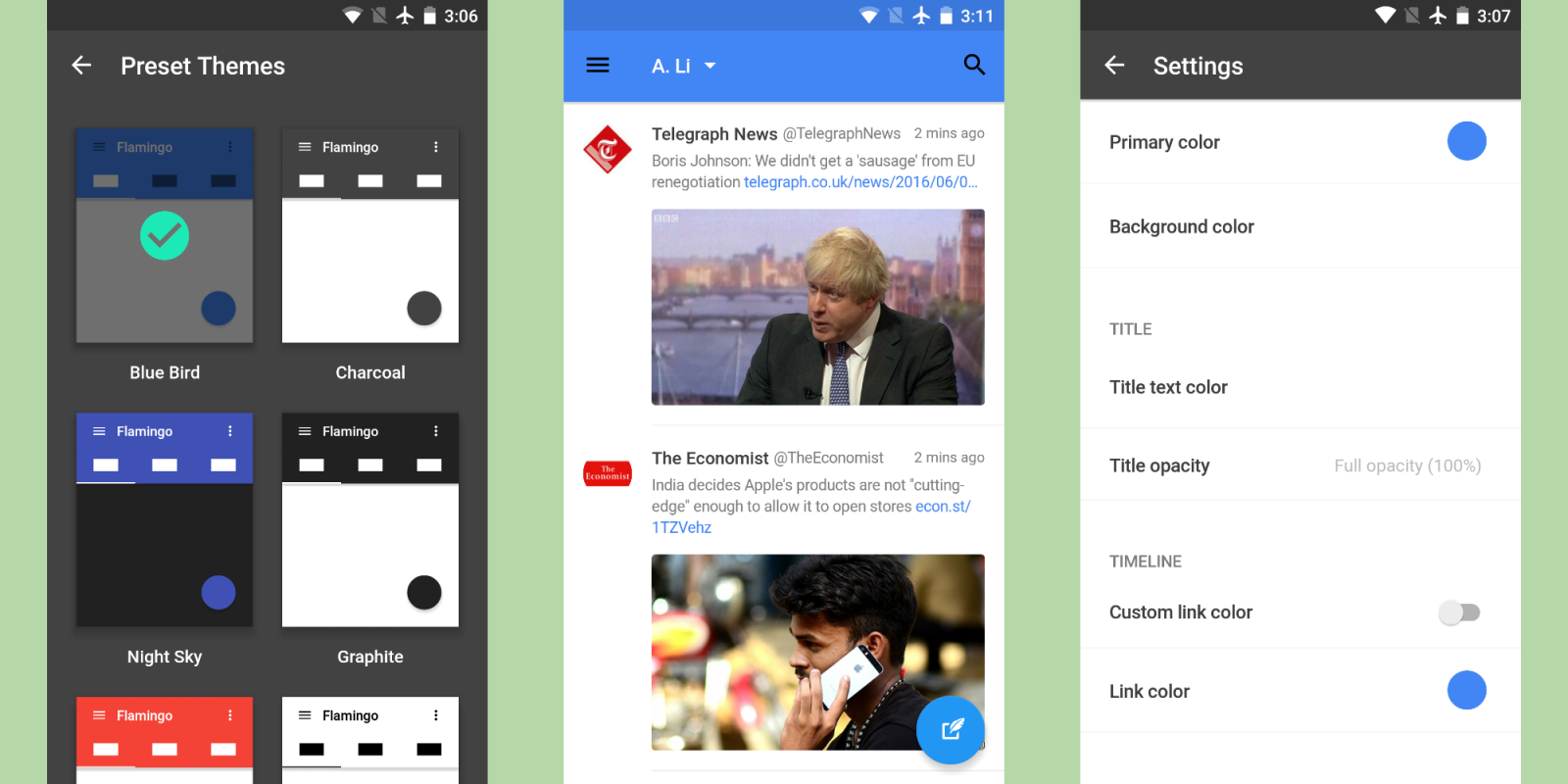 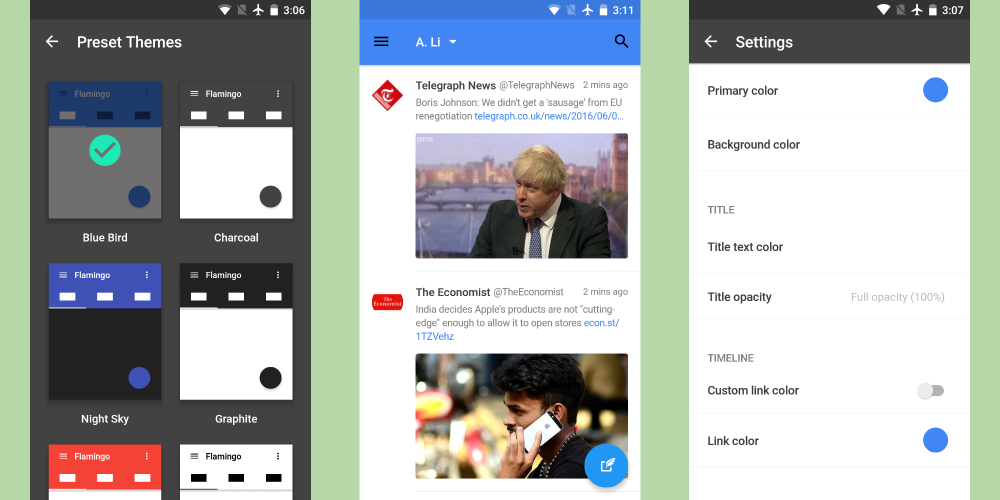 Created by a single developer, Weather Timeline is one of the best examples of Material Design on Android. Packing the same attention to design, Sam Ruston’s next app is a highly customizable Twitter client. Everything from the look of Flamingo to how the interface functions can be personalized to your liking…

END_OF_DOCUMENT_TOKEN_TO_BE_REPLACED

Falcon Pro 3, the “ultimate” Twitter experience for Android, has received a new update that brings some changes for avid users of the real-time communication network.