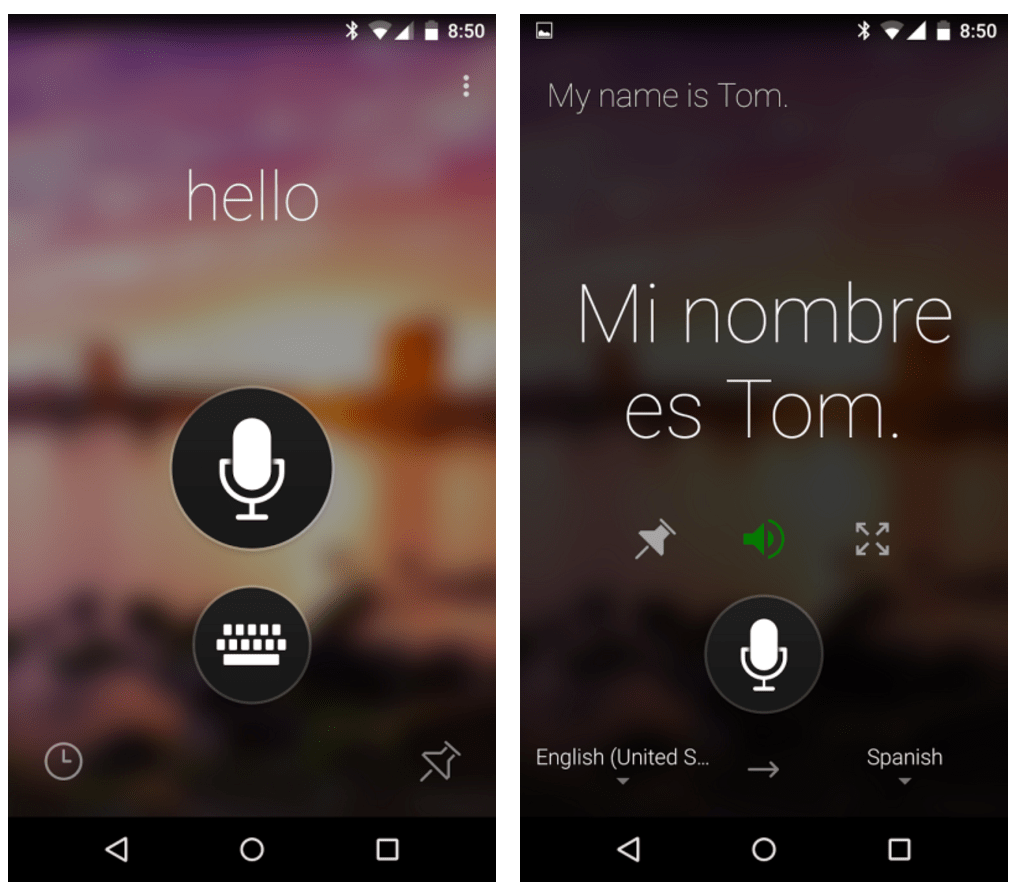 Real world, on-the-fly language translation has always been a little gimmicky if only because it still doesn’t quite hit the mark in terms of accuracy. Human spoken languages are a lot different from computer code in that words can have many meanings based on the context of the other words surrounding them. But that hasn’t stopped Microsoft from releasing its own translation app for Android called Microsoft Translator.

As you can see from the images above, the app is pretty simple. You speak or type in some words you want to translate, then choose the language you want to translate them into. You can save the translated result for later by pinning it, and then come back to it when you really need it — say, if you’re hitting a vacation town for the evening and need some common phrases to help you get around.

Unlike Google Translate, Microsoft Translator has a companion app for Android Wear so you don’t have to pull out your phone to make a new translation or access your pinned translations. Google Now can do some short translations, but nothing very long from my experience. Where Google Translate may lack, however, it makes up in a conversation mode which requires less tapping of the microphone to translate the voices of two people having a conversation — something Microsoft’s solution does not do. 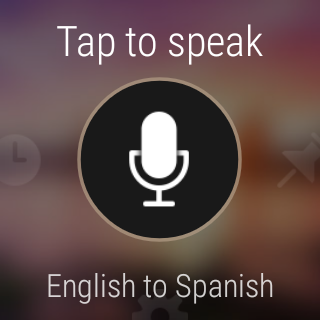 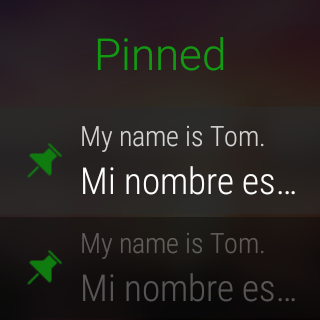 Microsoft Translator, the underlying translation technology powering the app, supports just over 50 languages (yes, including Klingon), and Microsoft periodically adds new languages. The company says that the most important data its translation tools need to accurately translate languages on-the-fly is a lot of existing translations — 1 million translations of the same text into two languages, approximately.

Clearly, though, the new Wear app in particular is an experiment for Microsoft. From their blog post on the launch:

Wearables are a fascinating place to understand user experiences for translation. No other type of device allows people to interact with so little physical intrusion from the device itself— PC’s, tablets, and even phones can be occasionally awkward and unnatural in the middle of a conversation. With these smart devices, we want to learn how people use the apps and how effective the translation experiences can be. By integrating translation capabilities into devices that are instantly on hand (pun intended), we hope to continue to break down the last barrier in human communication— language.