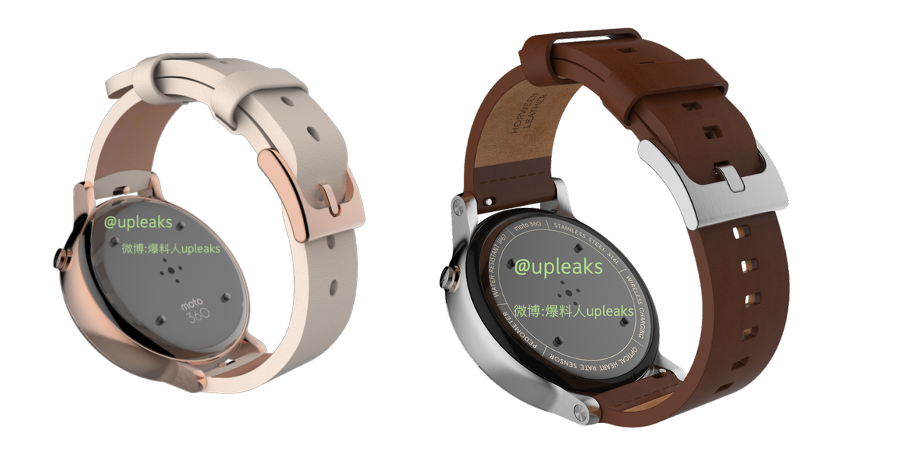 The new Moto 360 — scheduled to be unveiled in just a few days — has seen plenty of leaks over the last few weeks. And now Upleaks is getting into the nitty gritty. According to a pair of recent tweets, we now know the dimensions of both devices’ screens and lug widths…

Also, following several new leaked stock images of both devices this morning, as well as the newly-rumored Moto 360 Sport, Upleaks has now shared images of the back of the device. As you can see above, the watch is labeled as “Moto 360,” sports a pedometer, is IP67 water resistant, is made of stainless steel, and has wireless charging.

The one on the left is assumably the Moto 360S, while the one on the right is the larger model (I’m assuming these aren’t to scale). Hopefully Motorola decides to simply offer two sizes and doesn’t come anywhere close to attaching silly letters to their names. The branding looks to simply be “Moto 360,” and I have faith that that’s what they (both) will be called.