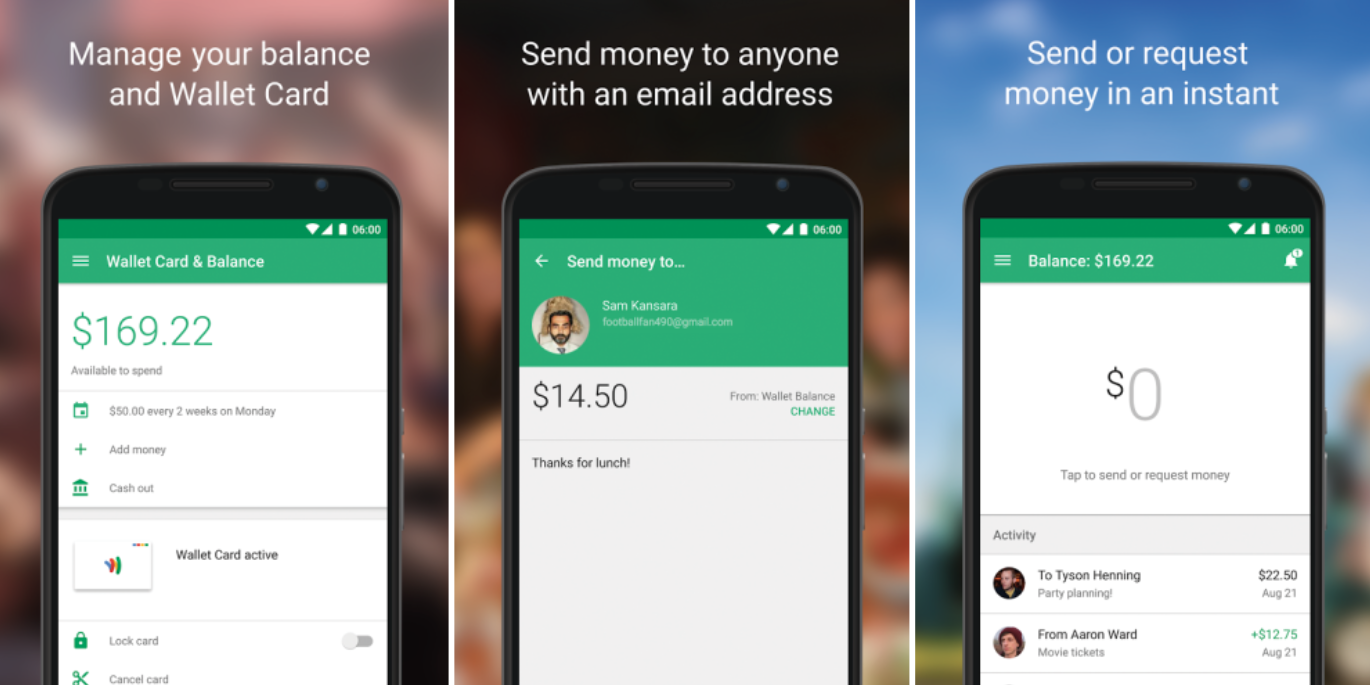 Today, we’re announcing a new Google Wallet app — now focused exclusively on sending and receiving money. You can use Google Wallet with your Android or iOS device to send money to anyone in the US with an email address, even if they are not a Wallet user. And now, when you receive money through Google Wallet, you can quickly cash out to a debit card or linked bank account.

The new Wallet app features an entirely refreshed interface that Google says makes it easy to send money to anyone in the United Sates. Money can be sent from your debit card, bank account, or existing Wallet balance. The Google Wallet Card also lets you instantly spend money you receive through the new Google Wallet app. You can also cash out any money you have in your Wallet account by using your debit card or linked bank account at anytime.

The refreshed interface of the app allows you to quickly and easily view your Wallet balance and where you have spent your money. The interface also makes it easy to quickly send money to other people using the app.

The old Google Wallet app, like we mentioned before, will be converted to Android Pay when it launches and will work with contactless NFC terminals. This version of the Wallet app is meant to allow people to send money to one another. It’s available on the Play Store now.

The new Google Wallet makes it easy to send money to anyone in the US with an email address, even if they don’t have an existing Wallet account. It’s fast, easy, and free to send money directly from your debit card, bank account, or Wallet Balance.

Manage your Google Wallet CardThe Google Wallet Card lets you instantly spend money you receive through Google Wallet. You can use it to pay at millions of locations in the US, wherever Debit MasterCard® is accepted, or use it to withdraw cash from ATMs.Cash out anytime You can quickly cash out any money you have in your Wallet Balance using your debit card or linked bank account.

Safe and secure Google Wallet comes with 24/7 fraud monitoring and covers 100% of all verified unauthorized transactions. If your Wallet Card is ever lost or stolen, you can cancel it using the Google Wallet app or at https://wallet.google.com. If you lose your phone, you can revoke access to it at https://myaccount.google.com.