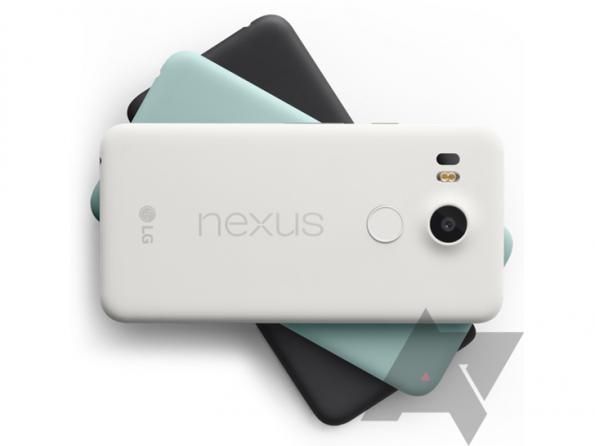 We just saw the Huawei Nexus 6P colors earlier today, and now the same source has shared stock imagery showing the upcoming Nexus 5X from LG. While the white variant was all but confirmed (and a black version easily assumable), this image shows that Google is preparing to launch a green-ish blue color as well — lining up pretty well with previous rumors of a “mint” color.

According to an earlier report out of Android Police citing a “reliable source,” LG’s upcoming “Nexus 5” (which we’ve recently learned is actually called the Nexus 5X), will sport a Snapdragon 808 processor, a 5.2-inch 1080p display, 3 GB of RAM, a 2700 mAh battery, support for USB-C, a 12.3-megapixel main camera sensor, and a 5-megapixel front camera.

As is the case with the Huawei Nexus 6P (and the Chromecast 2nd gen. & Chromecast Audio, which we exclusively leaked last week), we’ll know more about Google’s announcements on September 29th.