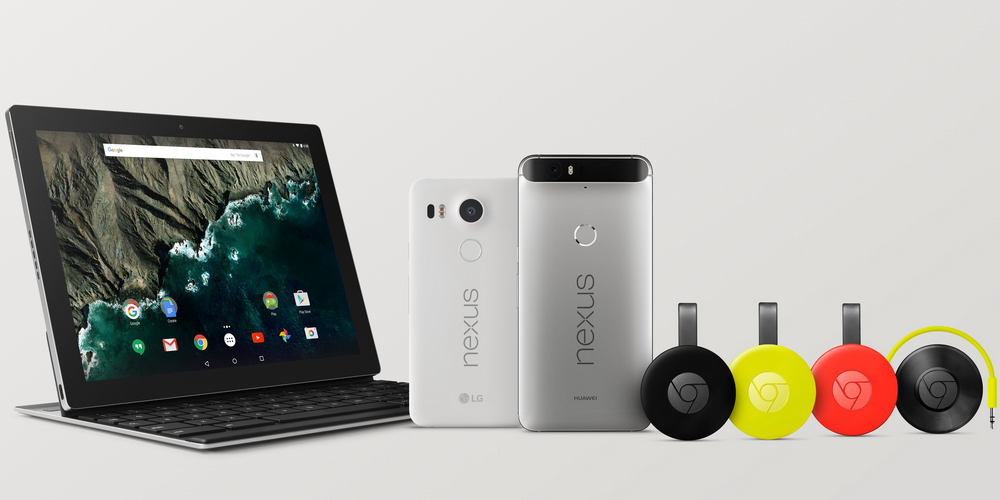 Today’s Google event was chock full of new products and services many of which were leaked ahead of the event. While most of the new items had been covered in recent days (casemakers were ready), Stephen, Cam, Jordan and Chance did an excellent job rounding up the unexpected too. Some things that stood out:

At the moment, I am getting a Nexus 5X but I am looking forward to reviews of Huawei’s 6P and might “go there.” I’m currently enamored with the $399 Moto X Pure which I think falls in between these two phones and might be the sweet spot as long as it gets updates quick. I also have a new Chromecast on order and will use the updated Chromecast and Photos apps when they hit. I’m pumped to play with all of this new stuff.