Google earlier this week pushed the Chrome Android app to version 46, and now the browser’s desktop clients and Chrome OS are seeing the update as well. While Google has yet to publish and official list of changes for the Windows, Mac OS X, and Linux version (although we have noticed the removal of one major user-facing feature), we do have a quick look at the changes that version 46 is bringing to Chrome OS…

First, it seems that Google has removed the ability to search via the “OK Google” hotword in version 46 for Windows, Mac OS X, and Linux. Like many other features (the notification center being a recent example) that have seen removal across Chrome’s lifespan, that’s perhaps because it’s not exactly used very often. You still can, however, still use the feature on Chrome OS, and click the microphone icon on the Google homepage allowing you to “Search by voice” on desktop.

For more on what’s new in Chrome 46 (until Google publishes the official release notes), feel free to head over and read our coverage of Chrome 46 coming to beta channel last month, where Google noted “new CSS animation features, improved performance controls, and a large number of API tweaks.” 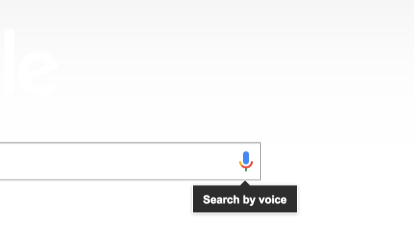 Unlike the desktop versions, Google has outlined some of the changes coming to version 46 for Chrome OS. Among other features, this update features an improved WiFi scanning indicator in the status bar, a completely overhauled Chrome OS Gallery app that finally — after more than a year — has Material Design influence, improved USC Type-C charging settings, and general performance improvements.

Some highlights of the changes Google says are coming to Chrome OS in version 46:

As is the case with all Google Chrome updates, you don’t have to do anything to get the latest version. The Chrome browser on desktop and Chrome OS should update themselves in the background, and will install when you restart your browser or computer.