New emojis coming to Android next week, Nexus devices to be updated first 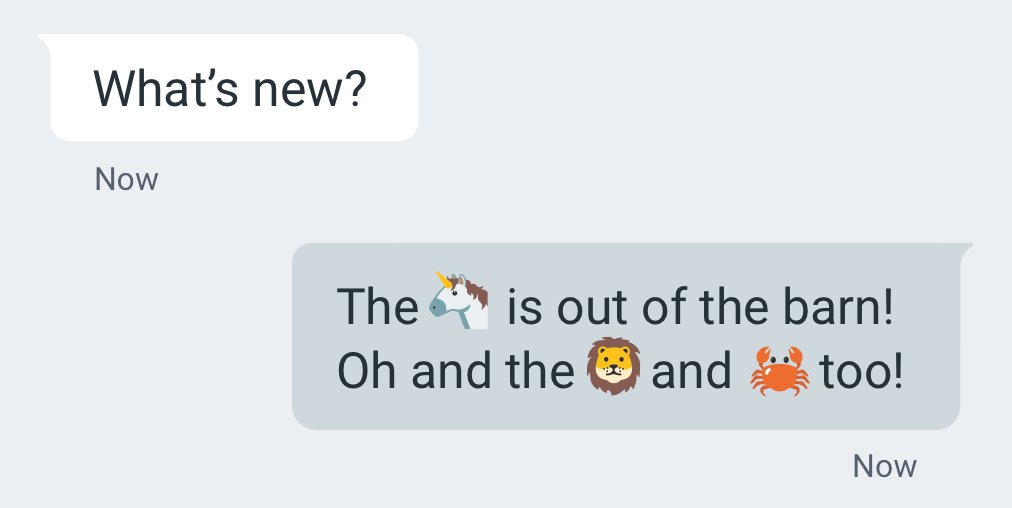 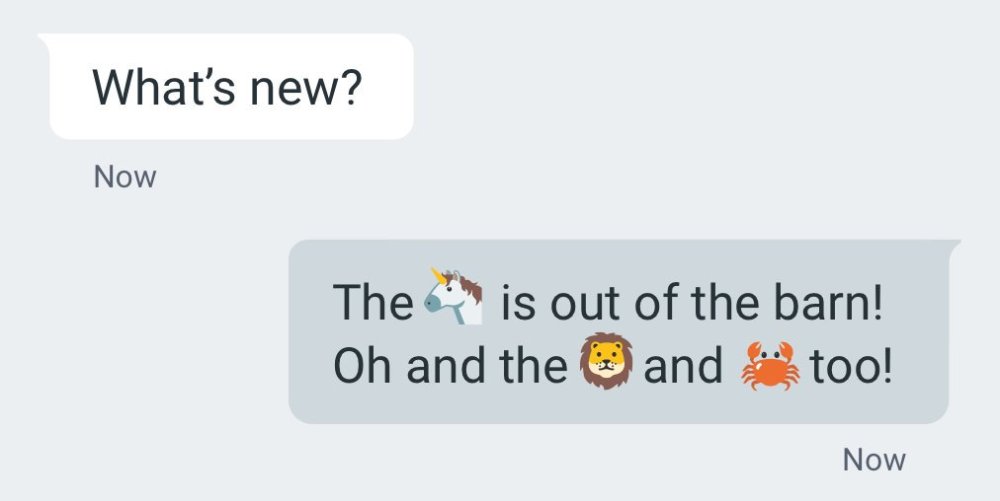 Android head Hiroshi Lockheimer has announced on Twitter this evening that Android devices will soon support the latest set of Unicode emojis. Lockheimer confirmed in his tweet that an update will begin rolling out to Nexus devices next week with the changes, while Google has also shared the fonts and tech details with other OEMs so they can update as well.

Android devices currently use Unicode 6.0 for emojis, meaning its two versions behind its iOS counterpart. Unicode 7.0 includes more diversity in the emoji characters. Unicode 8.0 includes highly-requested emojis like the taco, the middle finger, unicorn, and much, much more.

Last month, Apple updated its devices with the Unicode 8.0 emojis via its iOS 9.1 update. Subsequently, the company saw extraordinary adoption rates of its latest operating system, likely do to the hype surrounding the new emojis.

Lockheimer teased back in October that Google was in fact working on integrating the new emojis into Android, but without a specific timetable. As with any Android update, keep in mind it may take a while to rollout to non-Nexus devices. Lockheimer did confirm on Twitter that the update comes in the form of a new system image, not via an update to the Google Keyboard application. Manufacturers like Samsung and HTC often theme the emojis themselves, so it’s anyone’s best guess as to when they will get around to incorporating Unicode 8.0 into their keyboards.