Opinion: Huawei Watch is so close to brilliance, it hurts

The Huawei Watch is quite possibly one of this year’s best surprises. We didn’t know Huawei was working on an Android Wear watch until they showed it to us at MWC, and when it did, we knew it was going to take some beating. Now that it’s on the market and I’ve had my time with the final, released product, I can safely say my first impressions have lasted. This watch is fantastic, and easily a contender for the title of “best Android Wear watch.” 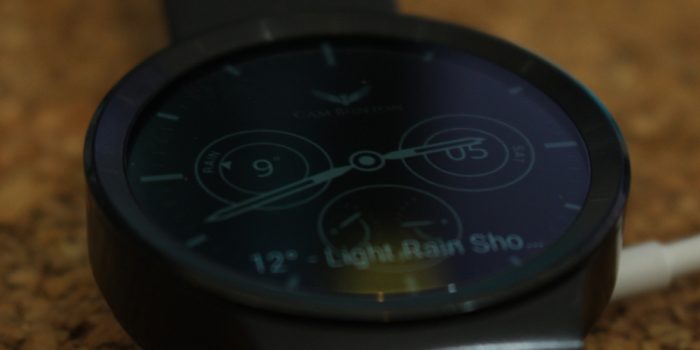 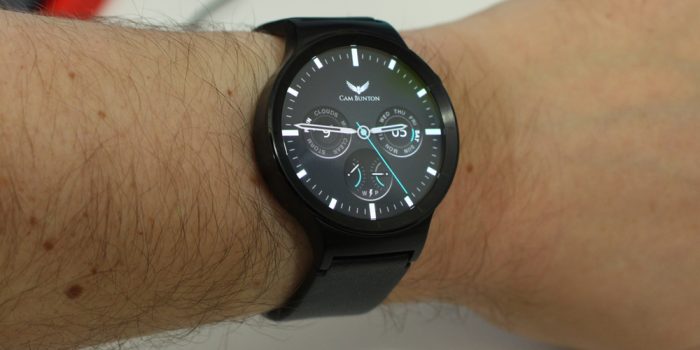 Sorry Moto 360, my heart no longer belongs to you. I didn’t think it would be a big deal, until a saw an Android Wear watch in full circle, and realized I can’t go back.

Slightly melodramatic perhaps, but my personal experience with the Huawei Watch has convinced me that a blacked-out portion of screen on a round watch isn’t great. When the 360 was my daily wearable, I’d tell myself it wasn’t a problem — it still functions like a watch, and has all the same Android Wear features as any other Google-powered watch. I’d play Motorola’s arguments over in my head, telling myself it was necessary to make the watch bezel so slim and attractive. Huawei kinda put a spanner in the works.

Not only is the round display on Huawei’s wearable completely round, it’s bright, full of contrast and color. It’s a great, small screen and can be seen in outdoor, indoor, bright or dark conditions.

Also, it turns out a lot of analogue-style watchfaces have numbers at the bottom which will get cut out by that ‘flat tire’ on the Motorola watch. I don’t miss anything on the Huawei. What’s more, the ‘ambient mode’ — where the screen goes completely dark and minimizes animations to just minutes and hours — looks great on the AMOLED panel.

It may not have ambient light sensors for automatically setting screen brightness, but I never use those on any device. One of the first things I do with any new smartphone or Android Wear watch is turn off the automatic brightness function. 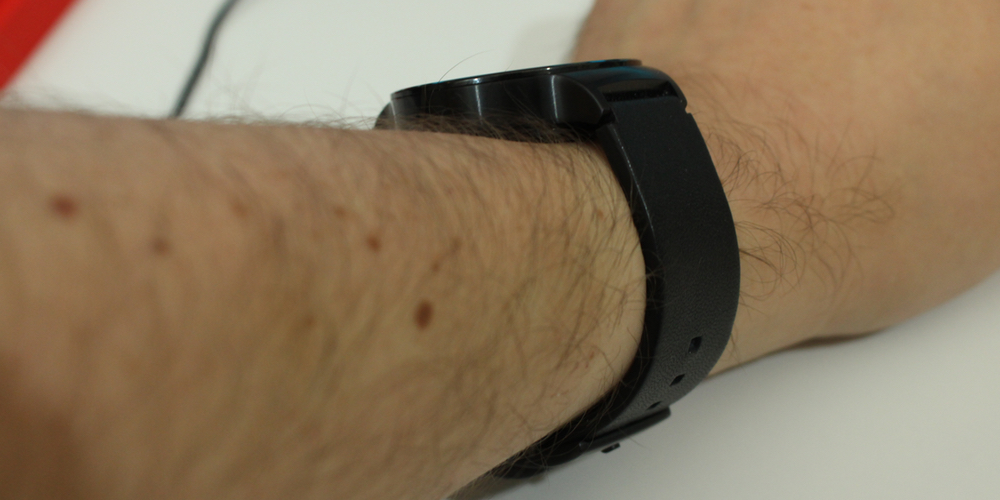 When I first wore the Huawei Watch, being honest, I felt like it was too small for my wrist. I’m used to the 46mm face on the Moto 360, so downsizing to Huawei’s 42mm case took some adjustment. But it came with an unexpected consequence: No one asked me what I was wearing (or asked me if it was an Apple Watch). It didn’t draw attention to itself because — although it’s not the flashiest or most luxurious smartwatch — it looks like a regular watch. 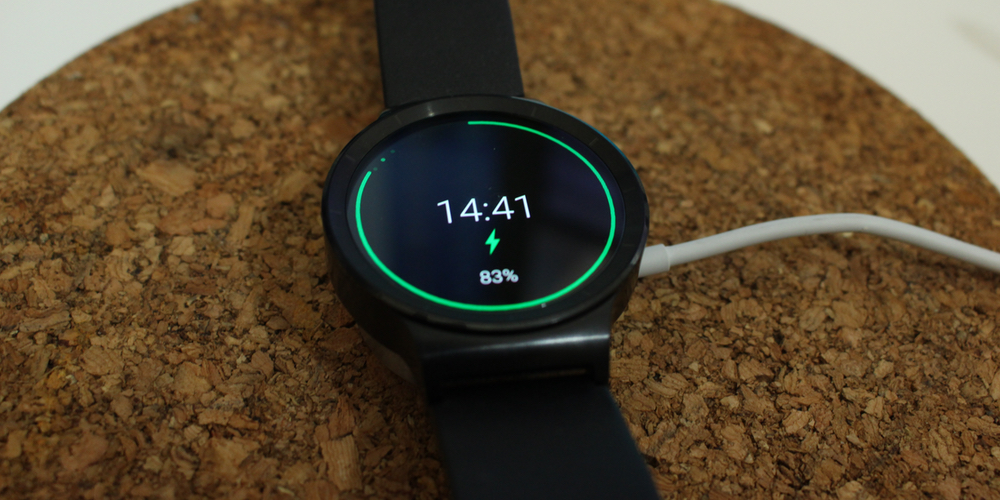 There’s something a little Apple Watch charger-ish about Huawei’s magnetic charging disk. What I appreciate about it is something that may not apply to everyone (or indeed, anyone) else. My bedside table is built from metal, meaning the magnetic disk stays in place. When I put my watch down, I can do so without worrying about having to hold the disk and ensure the contacts meet. No dock required. It stays still. Granted, the same can’t be said for when it’s on a wooden surface. 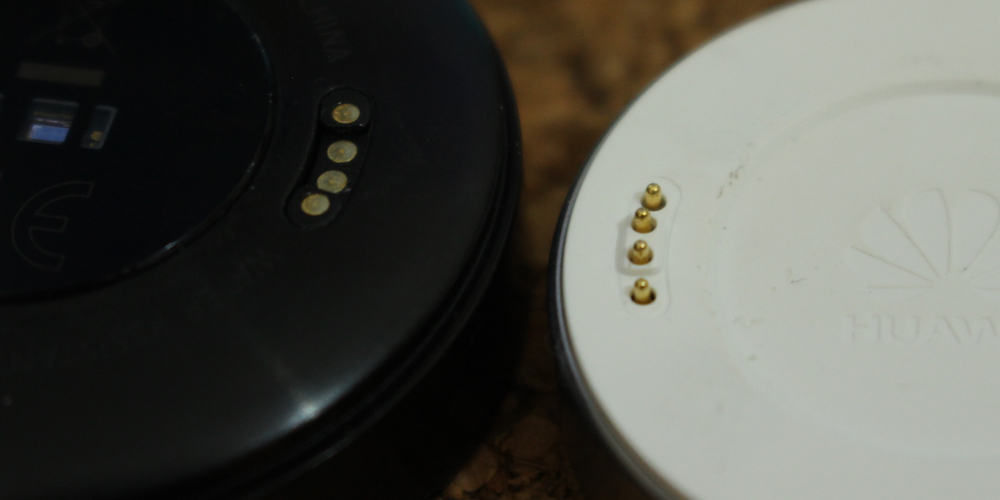 No device is perfect and, in its current state, Android Wear still has a lot of improving to do before it approaches a point of maturity and polish. But that’s the same on any Android Wear watch. It’s not a problem exclusive to Huawei’s, so we’ll ignore that for now.

My gripes with the Huawei watch are two-fold. Firstly, as much as I love the magnetic charging disk, I still get a little anxious over the tiny, exposed pins required for charging. It doesn’t use a completely contact-less charging solution like Motorola or Apple’s watches do, and that leaves me worrying what might happen if it gets a little wet (or if the contacts don’t line up perfectly and I wake up with a dead watch).

Secondly, the range of customizations is limited. At least, when you’re comparing the personalization choices available during purchasing the Huawei Watch. There are a total of three different cases on GetHuawei.com: Steel, black and rose gold and they only come in one size. You also get a fairly limited choice of 7 watch bands, three of which are black.

Using the Moto 360 as an example, it has 3 different style watches: Men’s 42mm, Men’s 46mm and Women’s 42mm. You can choose to have the bezel in silver, gold or black with the option to have a flat polished finish, or a textured ‘knurl’. Straps are limited to a choice of 5 men’s and 6 women’s options, but it’s still a better variety than Huawei’s. Comparing either to the Apple Watch is frankly embarrassing.

If Huawei is serious about design, as it claims to be, and wants to do well in the wearable market, it has to up its fashion game. There should be a small and large case option, multiple bands in different finishes, colors and materials, including sport-friendly ones. I’ve not wanted to take this out running with me once, despite its fitness tracking features. What’s more, there should be an entire range dedicated to women’s fashion.

As smartwatches go, the Huawei Watch is the closest thing I’ve tried to a regular watch that runs Android Wear. I can see the time, all the time, and can manage notifications easily. It goes with most outfits, doesn’t stand out and looks good. I can’t wait to see what the Chinese manufacturer comes up with for the second generation.