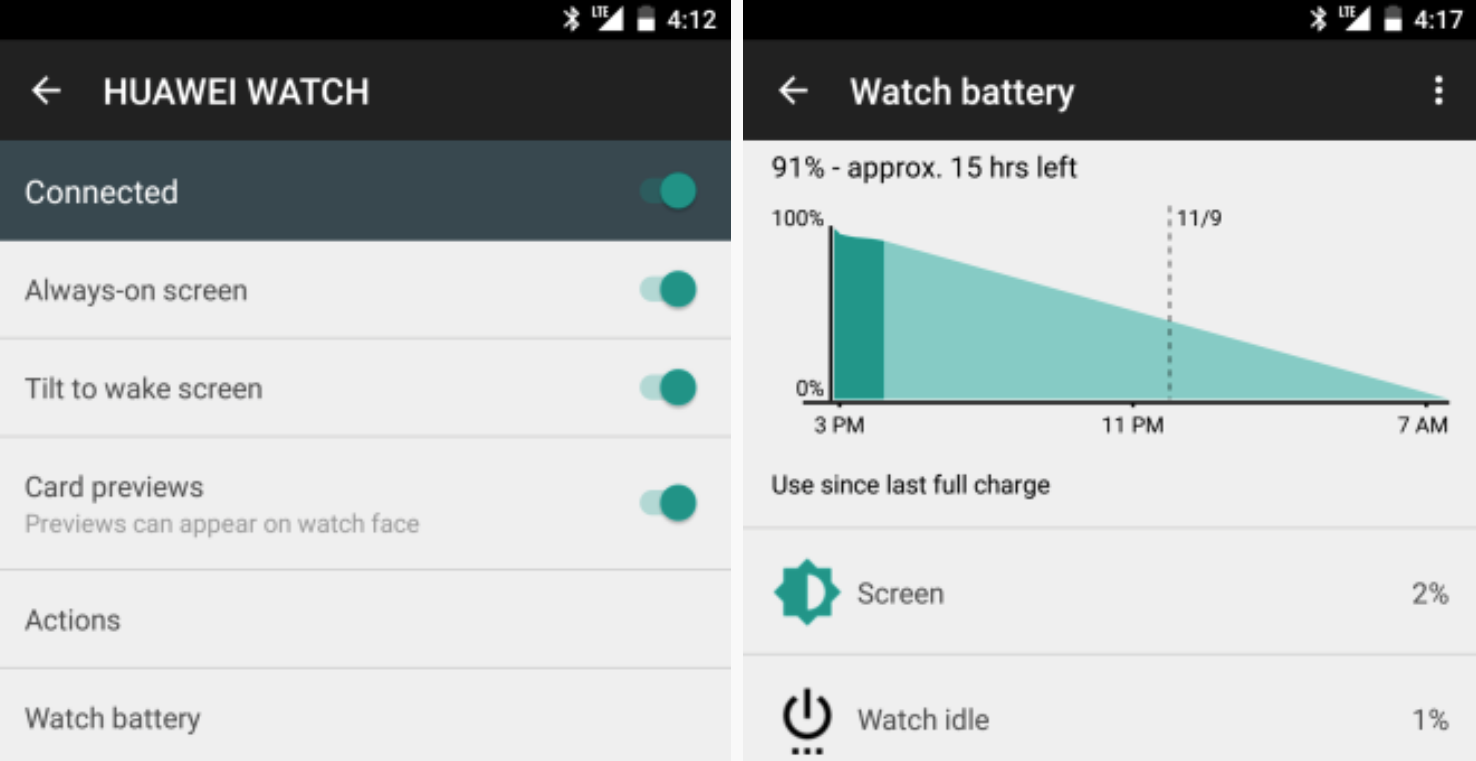 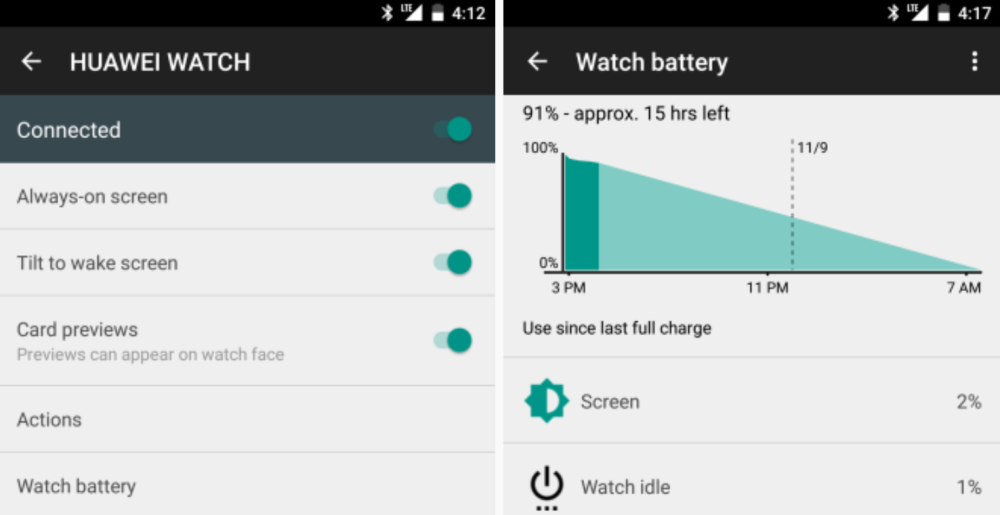 Google today has updated the Android Wear companion app to version 1.4.0.2470307.gms and while it’s a minor update, it brings back one feature that many have been missing since version 1.4 was released last month…

With today’s update, the Android Wear companion app once again includes detailed battery stats. With this feature, you can easily view a graph of your watch’s battery level over time, as well as the features and apps that are depleting your battery the quickest.

The battery stats feature has always received some criticism from users as it has never been entirely reliable. Services were often missing the list of apps that depleted your battery. It’s still unclear too as to why Google removed the feature in the first place, but many speculated that it was removed because it never really worked as well as it should have. It’s still remains to be seen if the feature has been improved in its triumphant return today, however.

Last month’s Android Wear update also removed the ability to disconnect/connect a watch via a toggle. That feature is continues to be missing in today’s update, meaning you’ll still have to disconnect by manually turning Bluetooth on and off.

The latest version of the Android Wear companion app is available now on APKMirror.