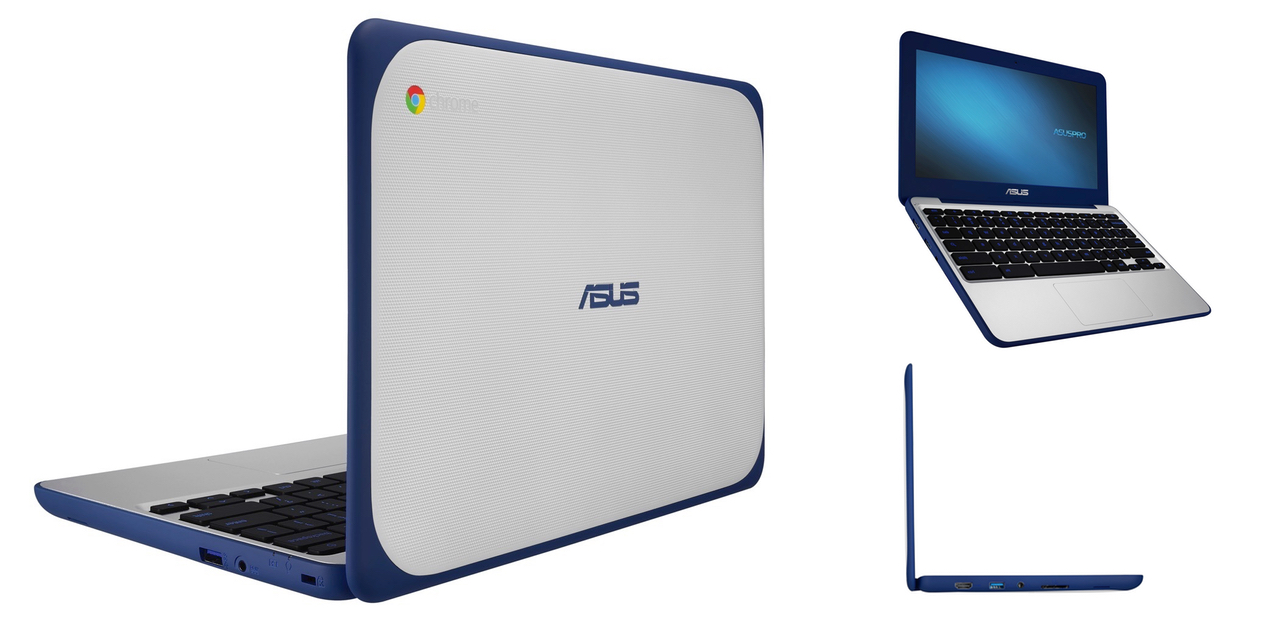 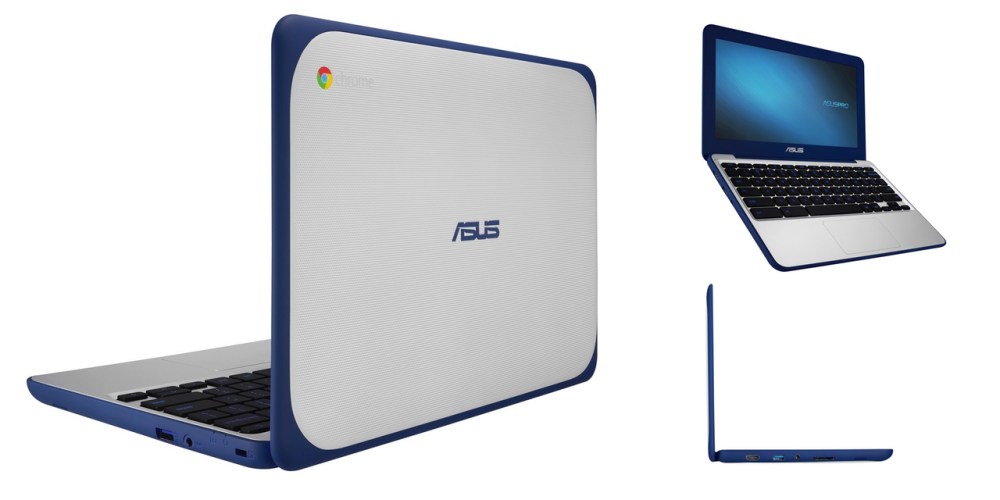 Over the past couple of years the Chromebook market has really taken off, particularly in education, where kids of all ages are being handed Chrome OS-powered laptops to complete work and research on. Part of the draw is that the platform gives users quick and painless access to commonly-used tools and programs in the cloud. The other part is that they are, mostly, very affordable.

Adding to the range of child-friendly Chromebooks already available is ASUS who, this morning, unveiled a brand new rugged notebook. The C202 has been designed specifically to withstand being dropped and to suffer the kinds of abuse kids often inflict on our gadgets. The entire device is wrapped in a durable rubber bumper, has a spill-proof keyboard and scratch-resistant shell.

As well as having an impact-resistant outer shell, the Chromebook also has a hinge which can be rotated 180-degrees. So, even if a child is a little too enthusiastic in opening it up, the C202 will survive. And if it doesn’t, it happens to be very easy to fix.

ASUS kitted out the Chromebook C202 with a modular body held together by regular screws. Its design means you’ll be able to replace parts like the battery, keyboard and power socket without having to send it to someone who has all the right proprietary screwdrivers. 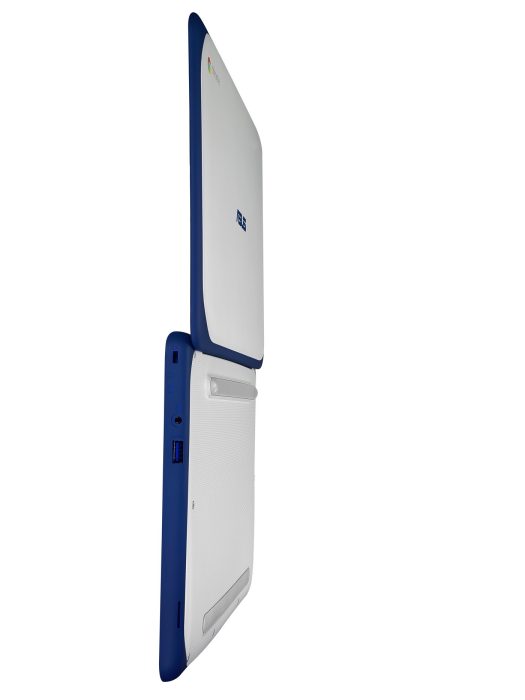 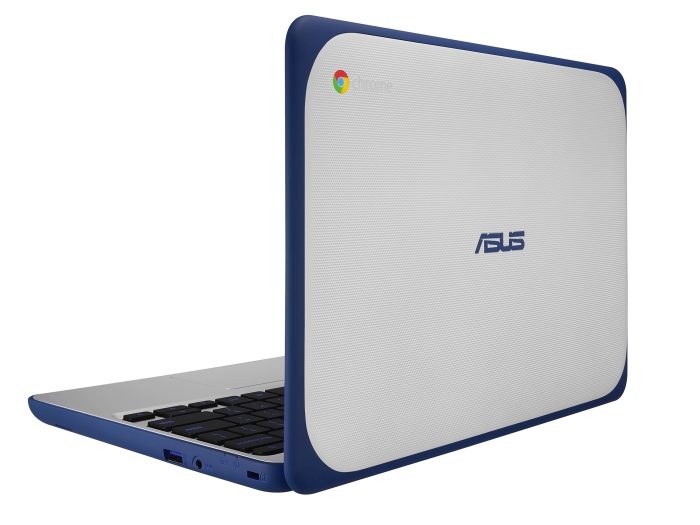 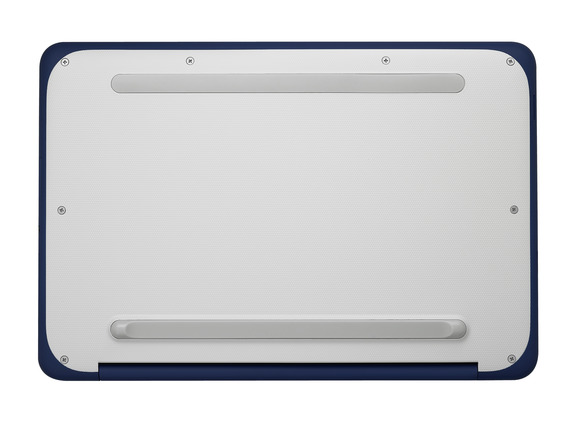 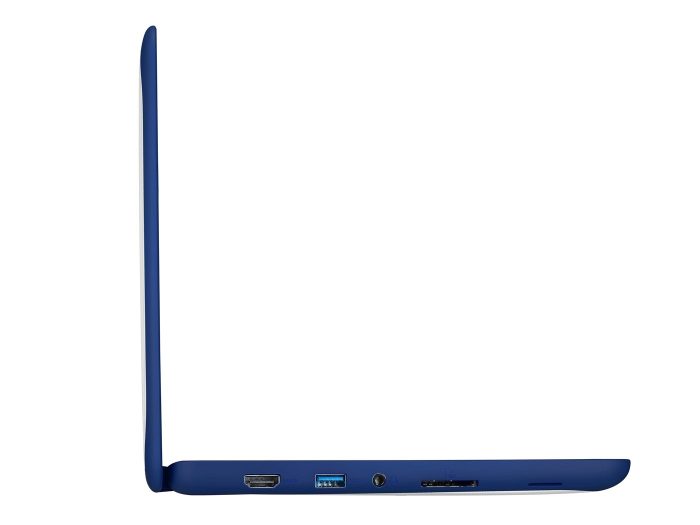 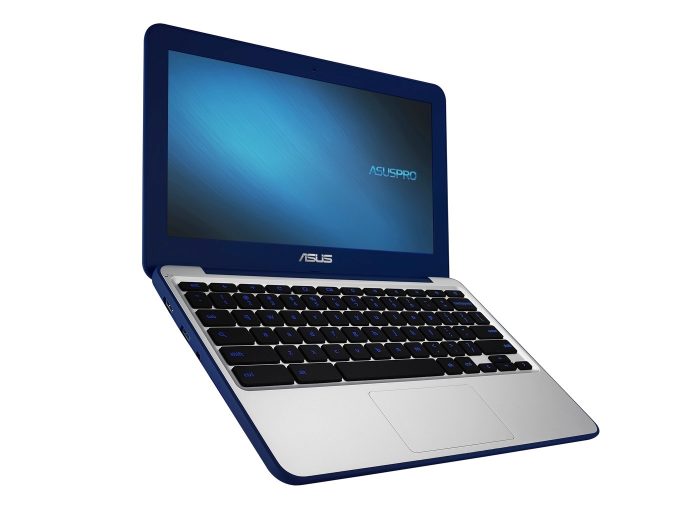 Spec-wise, there’s nothing eye-watering here, it’s a pretty basic low-end Chromebook. The 11.6-inch resolution display has a resolution of 1,366 x 768 and is powered by an Intel Celeron processor paired with either 2GB or 4GB of RAM, combined with the usual 16GB storage. ASUS states it has 10 hours of battery, which normally means you can expect between 6-9 hours depending on usage. It’s also equipped with an HDMI out port, SD card reader and two USB 3.0 ports.

Pricing for the 4GB model will be between $220 and $230 USD when it launches in February.