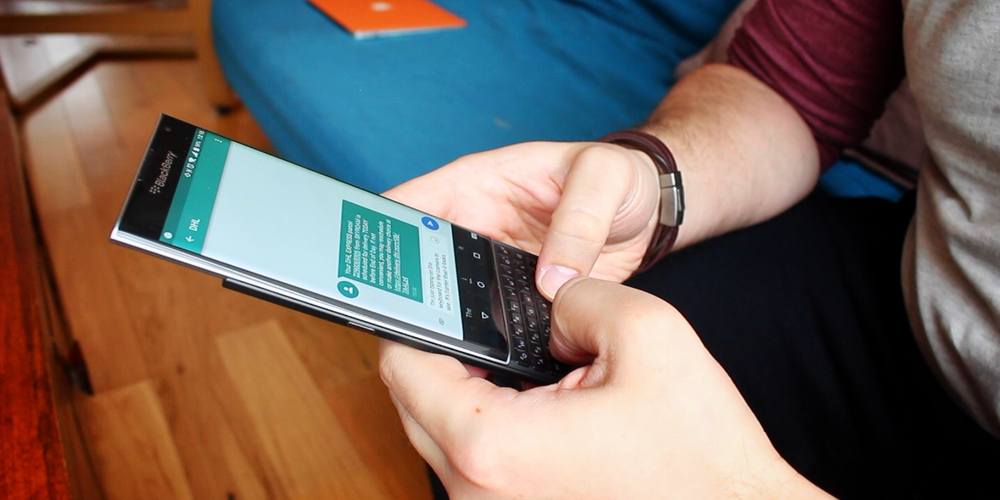 I’ve almost lost count of the number of Android phones I’ve used over the past few years. Some are more memorable than others, but the one that really sticks in my mind is the original. The very first Android phone, the HTC-made T-Mobile G1.

There was something very unusual about it. It didn’t look like the Windows Mobile PDA-phone crossovers, it was nothing like a BlackBerry or an iPhone. It was that unique quirky factor that gave it its edge. Having a touchscreen which flicked out to reveal a full QWERTY keypad was something we’d only really seen on the Sidekick series.

Fast forward nearly 8 years later, and virtually every Android phone looks like every other smartphone. Of all the devices released over the past 12 months, I’d hazard a guess that 99.9% of them were the standard rectangle, touchscreen and no-keyboard affairs. Some might have curved dual-screen designs, but they’re still all-screen. Until the PRIV, we haven’t seen anything remotely decent with a physical QWERTY keyboard since the days of the G2…

In today’s market, the BlackBerry-made PRIV is unique. It’s a flagship device with a slide-out physical keyboard, which invokes the same emotions and appreciation I felt when I first powered on the T-Mobile G1 way back in 2008. Unlike the G1 though, BlackBerry has managed to build in a keyboard without the clunky design. While the G1 originally forced you to turn it horizonal and reach your thumb over the side-hump to type, the BlackBerry PRIV feels just like a regular smartphone with the keyboard hidden. And thanks to a great software keyboard, is equally great to use open or shut, horizontal or landscape. This undoubtedly makes it one of the most versatile communication tools on the Android market.

First up, the hardware keyboard. It’s a four-row affair, with the traditionally sculpted keys. How great you think the typing experience is will very much depend on what you’re used to. If you’re a BlackBerry loyalist, you might be a little disappointed. The keys aren’t quite as well spaced out or as big as the Classic or Passport keys, and they don’t offer the same clicky tactile response. It’s not a terrible keyboard, but it’s not as good as the ‘proper’ BlackBerry ones.

Still, once I g0t used to the slightly cramped buttons, I was able to type on the physical QWERTY pretty comfortably. The sculpted edges and black frets separating the rows give just enough room to save your thumbs from tripping over themselves, and the backlighting means you can see it in the dark. Like the Passport, it has a built-in secret super-power: touch sensitivity. You can scroll up and down, or sideways through virtually any app or UI element by swiping over the surface of the keyboard. It’s pretty neat.

I admit it, I know that I’m among the few remaining technology fans who prefer a physical keyboard. I guess we’re a dying breed, but, I prefer to know when I’ve actually pressed a button by feeling it click under my finger. It adds an element of assurance. Regardless, I’m equally comfortable using a software keyboard, and I’ve found BlackBerry’s custom software QWERTY on the PRIV to be one of the most efficient.

BlackBerry initially launched its SureType software keyboard on its first BB10-powered all-touch smartphone, the Z10, and has essentially ported it on to Android. As you type, you’ll see predicted words appear above specific letters. Swiping up on the letter automatically selects that particular word. Normally, the predictions are very useful, and save valuable seconds when typing. While many swear by the smooth, single movement gestures on keyboards like Swype (or Flow on SwiftKey), I feel I’m faster and more accurate using BlackBerry’s SureType option.

With BlackBerry rumored to be only making Android phones this year, and perhaps beyond, I can only hope they continue with the foundation built with the PRIV, offering something unique and with real purpose. With the decent hardware keys, great hardware design and software keyboard, the PRIV has a lot going for it.