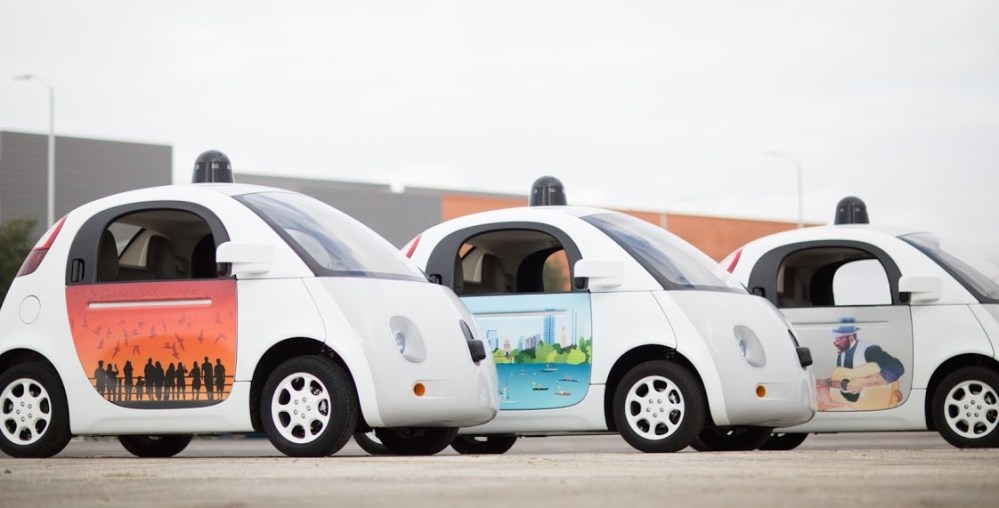 According to some FCC documents recently unearthed, Alphabet’s X division (formerly Google[x]) has its sights set on disconnecting the cute fully-electric self-driving car prototypes from their wall chargers. Yes, we’re talking wireless charging, the kind that could beam up energy through the bottom of the car using a technology called resonant magnetic induction…

According to the filings (via iEEE Spectrum), a couple different companies known for car wireless charging have sent systems to be installed in Mountain View, California. The first is Hevo Power, a New York company that received permission in February of last year. The second company is Momentum Dynamics from Philadelphia, Pennsylvania, which sent chargers for installation in July. While the latter company’s system wasn’t specifically mentioned in the filings, Hevo Power purportedly sent a prototype charger called Alpha.

“These prototype units wirelessly deliver 1.5kW of power from the wireless power transmitter to a wireless vehicle receiver,” an FCC document reveals. 1.5kW is a very low charge rate compared to regular level 2 and DC fast charging, and energy loss can be a problem with induction technologies such as these. But it’s worth remembering that this is only a prototype that “will allow Hevo to develop its Beta prototype and ultimately commercialize [the] technology,” says the company.

Wireless charging seems like a logical step in the development of the cars, especially if they go on to be used by companies like Uber and Lyft as a taxi service. The cars being able to park themselves over a charging transmitter the size of a manhole cover would be great to make sure they never run out of juice. Ideally, with chargers like these in garages, parking garages, and other locations, the battery capacity needed to keep the cars going wouldn’t be the bottleneck that it is today.

Some wireless charging products are already available for electric vehicles such as the Nissan LEAF and the Chevy Volt, but so far the technology has proven not really useful due to the complexity of the installation of equipment both inside and outside the vehicle.

Last week we told you that four more mysterious cities are set to get Alphabet’s self-driving cars in the relatively near future, and now the California company has said that the next city on the list—following Mountain View, CA and Austin, TX— is Kirkland, Washington. Tge January self-driving car report revealed that the cars have driven more than 1.4 million miles in autonomous mode, with 33 of the cute prototype vehicles on the road today.