Opinion: I wasn’t convinced by the Nextbit Robin, but now I’m smitten

Nextbit didn’t have an official presence at MWC this week. There was no press event, or new release, just a small meeting room at the back of one of the halls. Members of the press could go and meet the company’s chiefs and PR team to get their hands on the Robin, the manufacturer’s breakthrough product which utilizes the power of the cloud to keep storage space free on the device. I tried the Nextbit Robin for a few minutes, and fell in love, but I’m not entirely sure why…

In my history of using smartphones and mobile devices I’ve had my fair share of the most powerful and specced out models available but, almost always, it’s not those ones that I form an emotional attachment with. In fact, there aren’t many devices I’d ever describe as having ‘loved’, or genuinely miss once I no longer have them. That list includes the Sony Ericsson W880i (an ultra-thin metal MP3-playing feature phone), BlackBerry Pearl 8110, iPhone 3GS, HTC One X, Moto X (2014) and Nexus 6.

In almost all cases, I loved them because of how nice they were to use, how great they looked, how they felt in hand, or because there was something cool or quirky about them. It’s rarely because of how great the display or camera is, or how powerful the processor or battery are. Granted, those features certainly help the experience, but they’re not what I remember. It’s more about how it fits and suits my personal lifestyle and tastes. If there was such a thing as ‘love at first sight’ with a gadget, these devices had it, and so does the Nextbit Robin.

Completely honestly, when I read up on the Nextbit Robin and read other people’s reports as it first launched, I was skeptical. I wasn’t convinced about its design and its spec-list wasn’t overwhelming. Its biggest selling point was an automated feature which removes stuff from your phone when it needs the extra space, and stores it in the cloud. As far as I was concerned, that was just an unnecessary gimmick. I virtually said the same thing to the company’s CEO, Tom Moss when I sat down for a chat on Monday afternoon. I even told him I’d probably not write about it, I just wanted to see what the phone was about. I needed to form my own opinion. 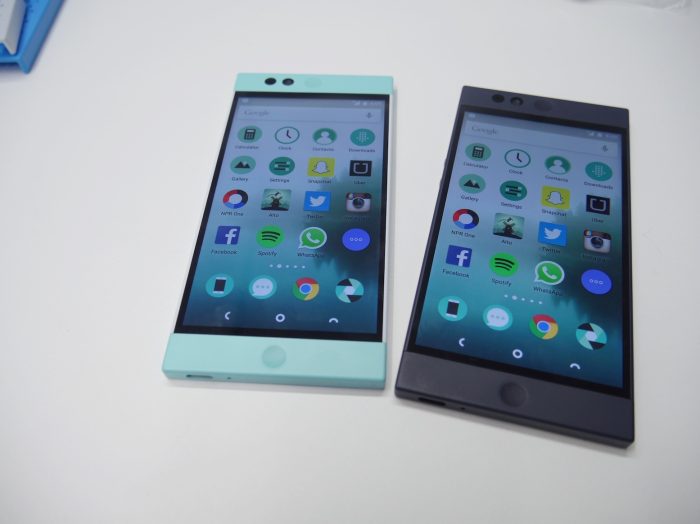 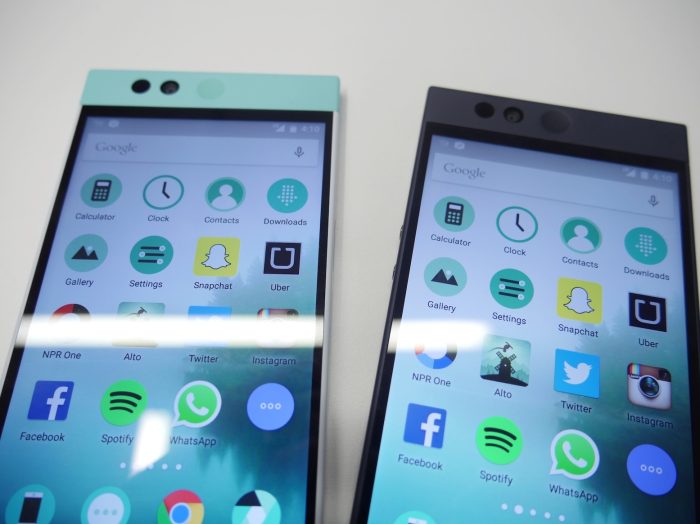 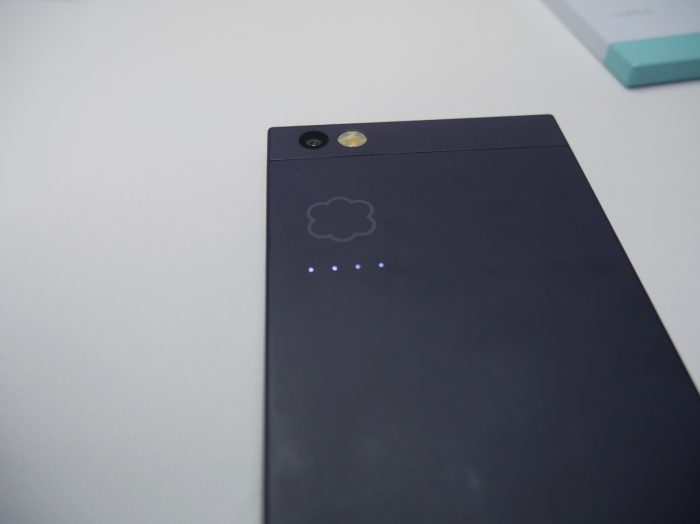 We’ve done a hands-on, so I’ll spare you a full technical overview of the device. But the phone really does look better in person than it does in pictures. I love the combination of white and teal (or mint), it’s not a strong contrast, but there’s enough to add a color juxtaposition you don’t get from many mainstream devices. It’s a clean distinction between colors. Even the more minimal navy model has the teal power button/fingerprint sensor mounted on the side to add a splash of contrast.

But it’s not just the color combinations that make this phone look fantastic. It’s practically the minimalist designer’s utopia. Pretty much everything on this device is either completely flat and straight, or perfectly circular. The round stereo speaker grilles, light sensor and cameras are all circle, contrasting completely with the body which is completely devoid of curves. It’s flat and has sharp corners and clean, straight lines. It should feel terrible in hand, but it doesn’t. It’s light, and although not ergonomic, still feels good.

Then there are the small, perfect, round volume buttons on the side. They’re small, but so brilliantly clicky. If you’ve followed me long enough, you know I’m a sucker for clicky, responsive buttons.  And those four LED lights underneath the cloud logo on the back look so great when they’re pulsing (which only happens when the cloud services are being used). 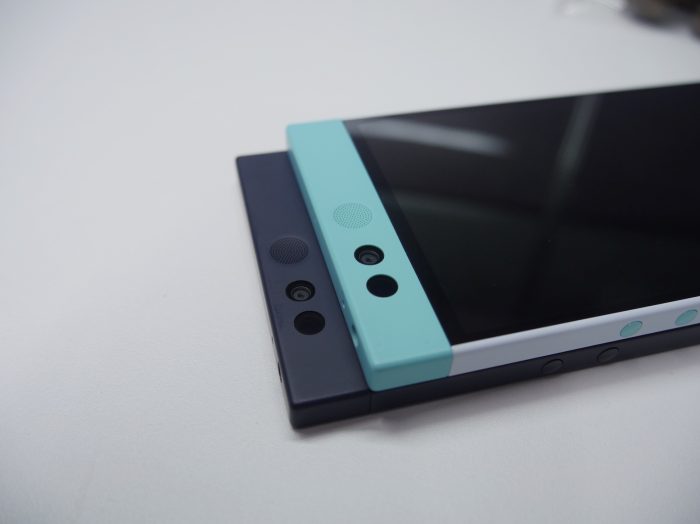 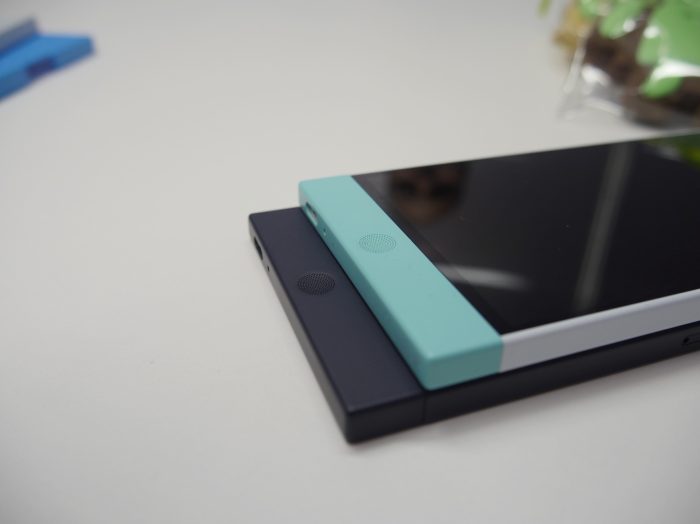 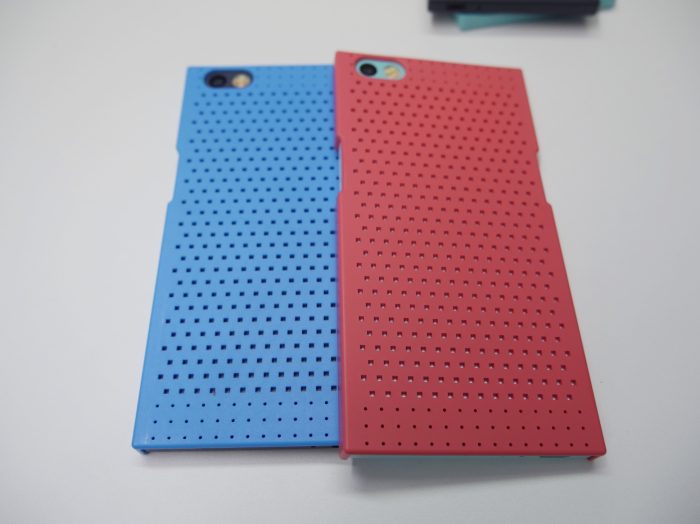 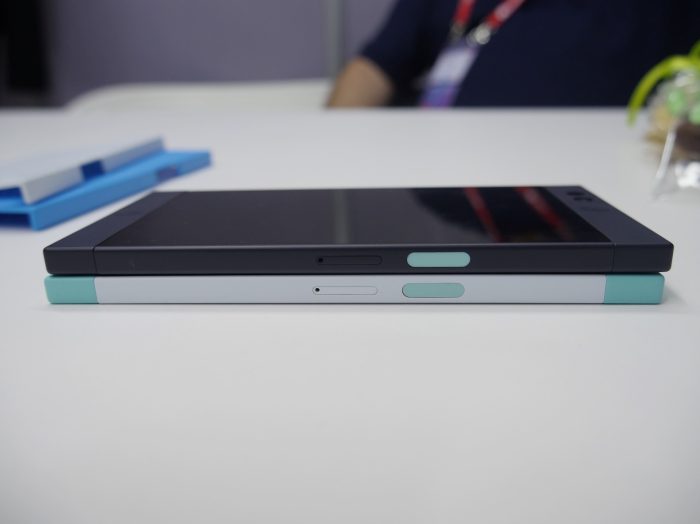 This simple and great-looking hardware is combined with an Android user interface which is simple, clean and responsive. Again, ticking one of my own personal boxes. I can’t stand heavy skins that slow down devices. In fact, I’d rather have a lower powered device with a clean interface than the best specs available and have to live with a heavy skin.

That’s not to say the Robin is underpowered, or underspecced. It has the Snapdragon 808, 3GB RAM, 32GB storage and a 1080p screen which offers sharp, clear and natural-looking content. It even uses USB Type C, and is compatible with Quick-Charge 2.0. I downloaded a couple of grayed-out (cloud-stored) apps, and they were on the phone within a couple of minutes, despite being in a crowded hall with thousands of people all justling for position on the available on the cellular and wireless networks.

That’s why, despite the fact that other great devices were announced at MWC 2016, it’s the Nextbit Robin I want to be my next purchases. Not the Galaxy S7 or LG G5. Like the mint color scheme, it’s just cool.

For those of us who crave unique devices, the Robin is ideal. You’ll never pull out the white and blue-green Nextbit device from your pocket and have someone confuse it for an iPhone. With so many companies pushing out devices in black, gray, silver and gold variants, that is refreshing to say the least.