Eric Schmidt caught taking pictures with an iPhone, but is that really a big deal? 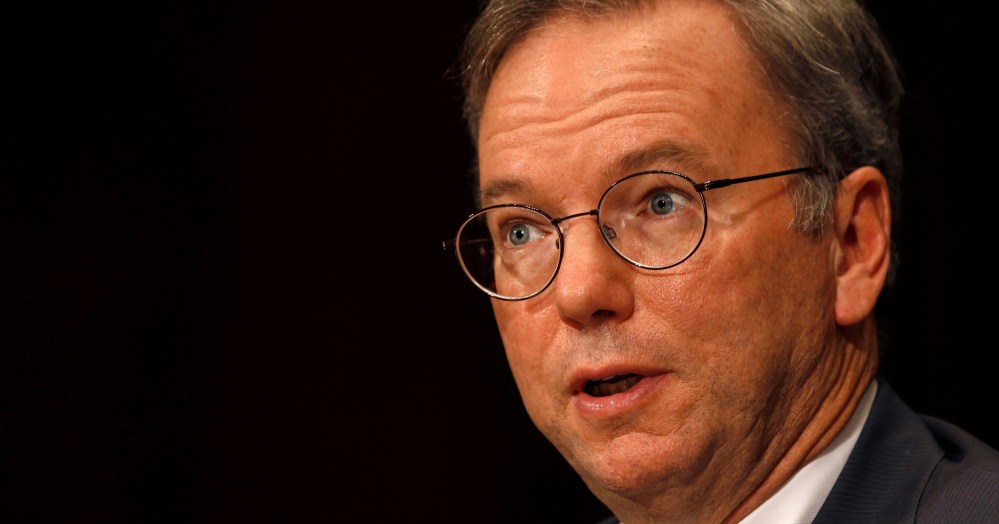 Eric Schmidt is in South Korea this week to witness Google’s AlphaGo AI system completely destroy the world Go champion at his own game. Sedol lost the first game yesterday, saying then that he was “very surprised”. Today he lost again. “It was a clear loss on my part,” he said. He had predicted before the matchups began that he would win the five-game series 5-0 or 4-1 “at worst.”

But while the Alphabet Executive Chairman is in South Korea to witness the monumental battle, the Korean press (OSEN, in this case) is clearly focusing on something else. As you can see in the pictures below, Schmidt was caught at a press event this week taking pictures with an iPhone…

It’s always a little chuckle-worthy when a higher-up from any company is caught using the products of its main competitor, but in this case Schmidt’s usage of an iPhone is pretty much completely non-noteworthy. In 2013, the ex-CEO of Google still hadn’t moved on from the BlackBerry. And it wasn’t until July of that same year that the first likely-staged photos of him using a Moto X surfaced.

Moreover, is it really surprising for any Googler (and perhaps Schmidt isn’t even technically really a “Googler”) to be using an iPhone? I mean, Google itself makes 64 iPhone apps and 50 iPad apps. That’s a lot of engineers and product managers that are using Apple’s iPhone — and probably many of them — every single day for a plethora of projects. Surely the execs own them too. I mean, there are more than 100 million — more than one-third of the U.S. population — iPhones in use right now.

And don’t forget that Google’s iPhone experience has to be absolutely superb on Apple’s platforms — especially the iPhone. As we told you back in January, Google paid Apple more than $1 billion in 2014 to keep itself the default search engine. There’s an insane amount of mobile ad revenue flowing in from iPhone users every day (and there’s a decent chance that you’re one of them).

One staff engineer from Google had this to say on Quora about iPhones in use on the Google campus:

I know that none of this is in reference to the figureheads of the company, but the point remains; tons of Googlers use iPhones every day, and it’s just another platform. Why does it matter if Schmidt gets “caught” using Apple’s phone at a press event? This is the same guy who — somehow — kept using a BlackBerry long after Android and the iPhone came into existence.

We’ve been tipped off recently that not only is the iPhone a completely normal sight on Google’s campus, but that the company is actually encouraging the use of iPhones as of late. The iPhone is a status symbol, and much more popular among the younger, high-end, and other demographics — and Google is obviously a little bit envious of that. This person said that Google is “giving away iPhones” to full-time employees to help make the Google experience on the device as good as it can be.