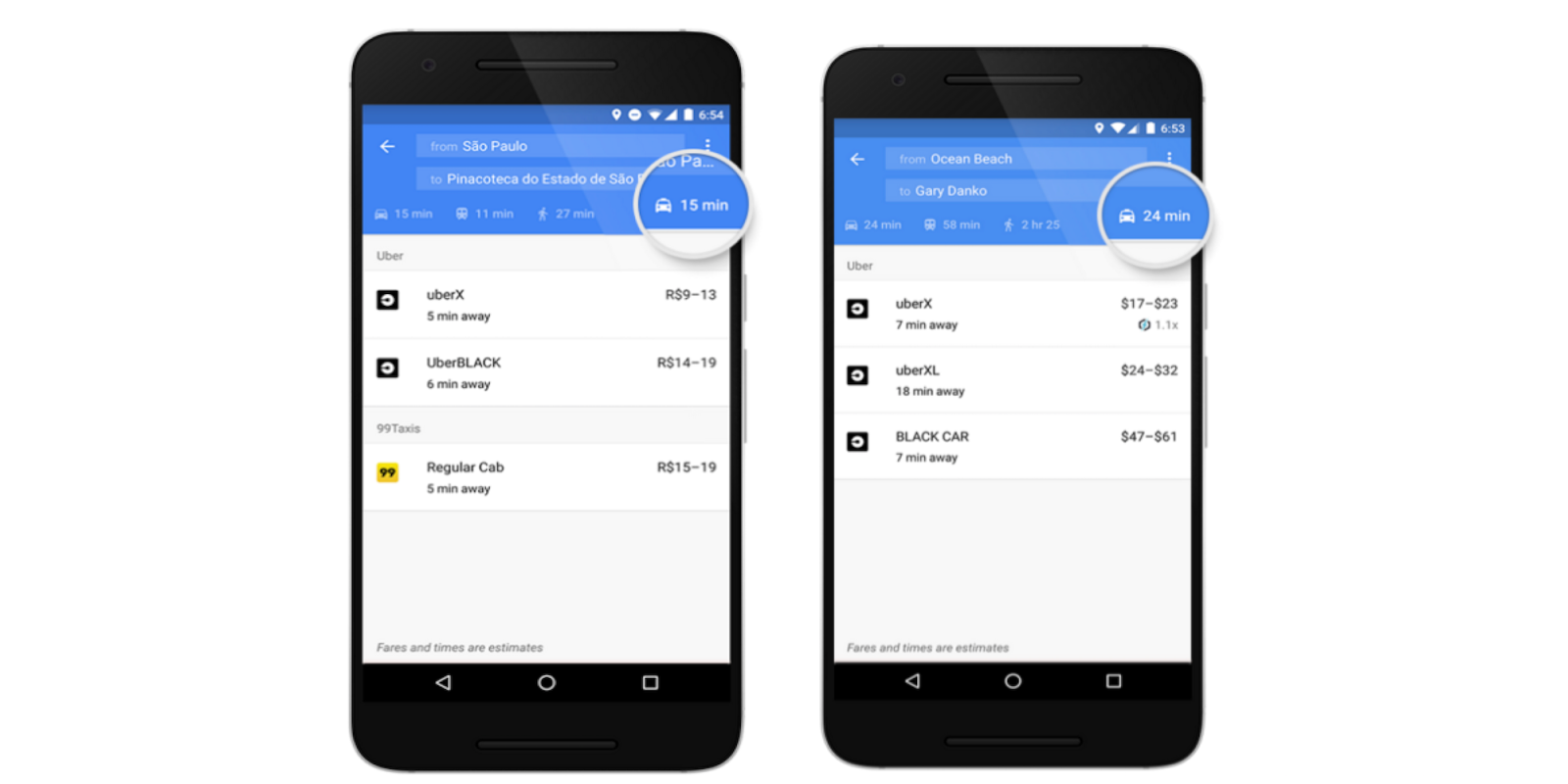 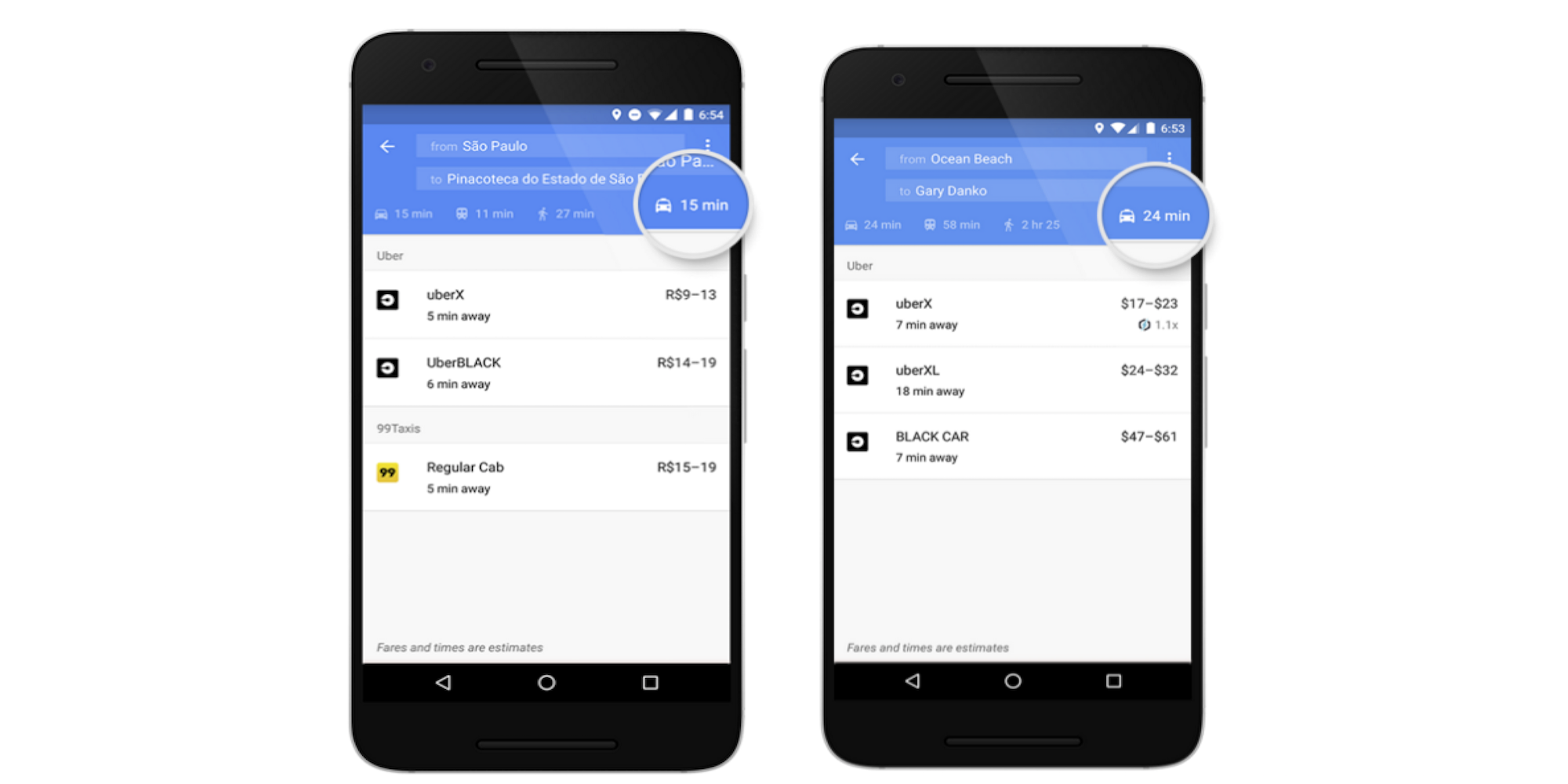 Google Maps is adding new ride options on mobile devices today as it turns the former Uber-only feature into a section dedicated to several car services. It’s launching today for Android users and coming soon to other platforms.

The new ride sharing tab will appear next to the current car, transit, walking, and biking direction options after you search for directions in Maps. Google Maps previously launched integration with Uber on mobile devices, but today it adds other services as it expands the feature, including: 99Taxis in Brazil, Ola Cabs in India, Hailo in the UK and Spain, mytaxi in Germany and Spain, and Gett in the UK.

Google Maps will also now show you information for the share riding services if you have the service’s app installed, including fare estimates and pick up times, before pulling you out of Maps to book a ride. And because it now shows for multiple services, you can easily compare prices of the supported ride sharing services as well:

If you have a provider’s app installed and tap on the ride service tab, you’ll be able to see fare estimates and pick up times if a car is available near you. Select a service, and we’ll take you directly to their app for you to book your ride with one tap. When it makes sense, we’ll also show ride service availability when viewing the map in walking and transit directions, and multiple ride services options for each provider—where they exist. For example, if you’re using Uber, starting today, we’ll now show uberX, uberXL and UberBLACK for an easy and quick comparison.

The new feature is rolling out to Android users over the coming days and Google says it will soon arrive for Maps on iOS devices too.