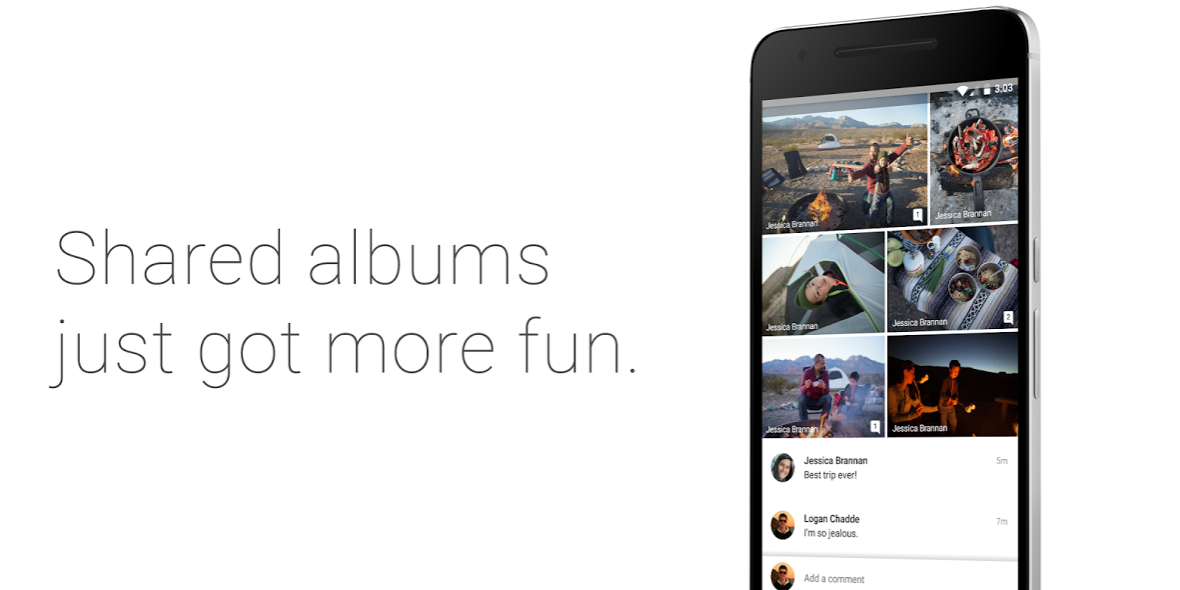 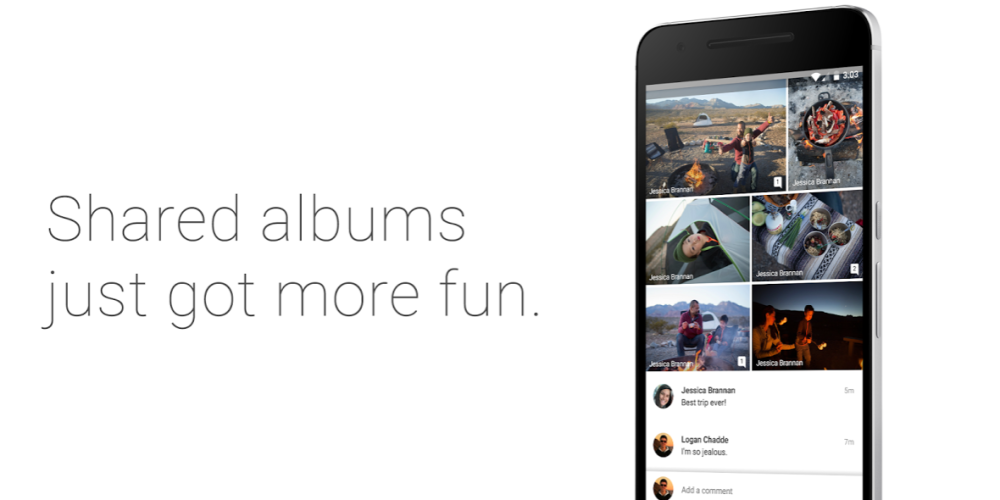 Launched at the end of last year, Shared Albums in Google Photos will now let people comment on pictures. As part of the Android and iOS update, a new smart suggestions feature will also recommend the right photos to add to a Shared Album.

Commenting is open to anybody you’ve shared an album link with. Users can either comment on an individual photo or on the album in general. Unfortunately, Google Photos still lacks a liking feature in your library or in albums.

Additionally, Google Photos will now suggest which photos to add to a Shared Album from your camera roll. Users will be able to add all the recommended photos to an album in one tap or select individual ones. Smart suggestions apply to anybody who’s been given access to the album and can add photos.

These feature are rolling out now to the web and mobile devices. Commenting and smart suggestions in Shared Albums requires version 1.20 on Android and version 1.10 on iOS.

Google Photos was announced nearly a year ago at Google I/O 2015 as a replacement to a similar feature found in Google+. Since then, the mobile app has gotten a redesign and the website has received more editing tools.