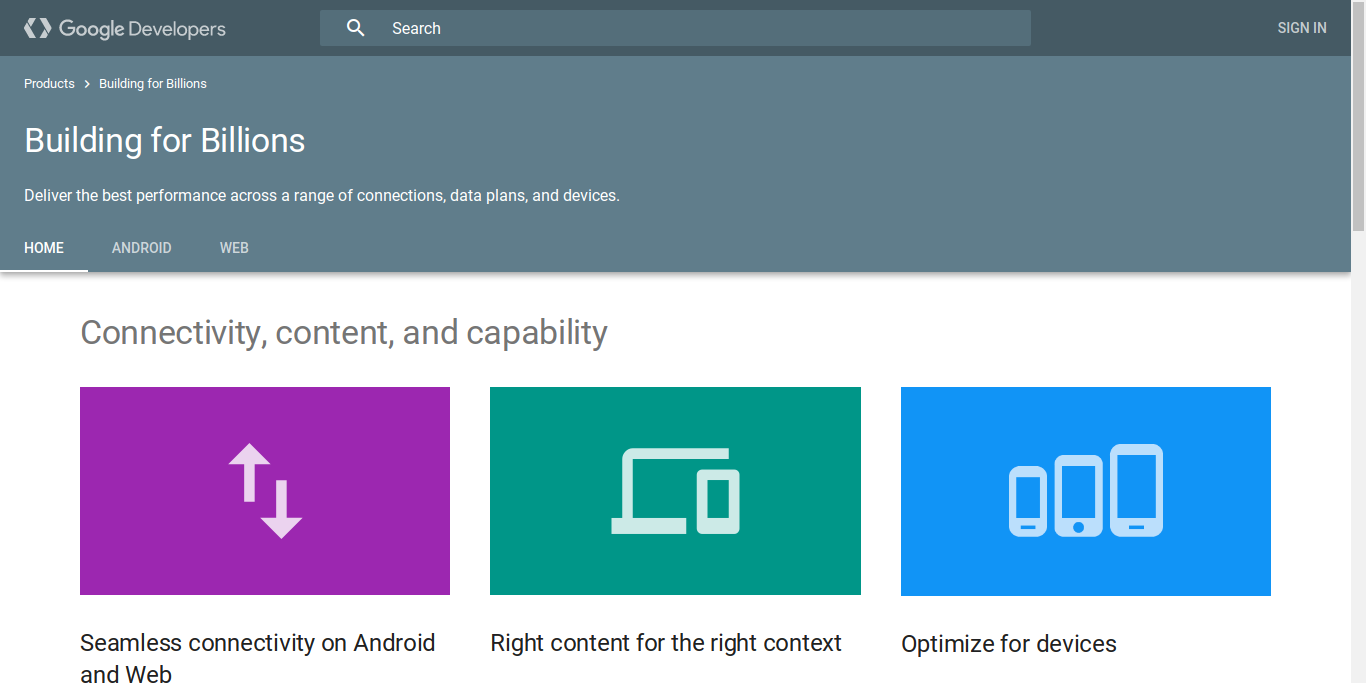 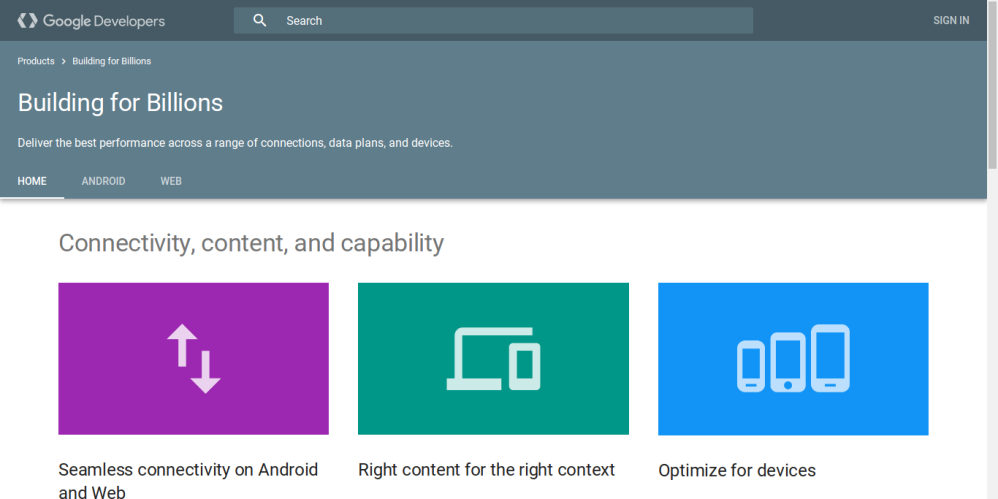 Google frequently says they’re working to get the next billion users online and onto its services. With seven different products that have a billion users, the company knows how to design for large audiences. To help Android and web developers do the same, Google has published a new site that details best practices for scaling to billions of users.

The “Buildings for Billions” site has best practices grouped into five sections: connectivity, device capability, data cost, battery consumption, and content. Each section is further split under developing for Android or the web.

For Android, there is a focus on building apps that “optimize for no- and low-connection speeds.” Google notes that half of all users in the world are on 2G connections. A lot of the best practices involve optimizing files to be smaller, which goes hand-in-hand with lowering people’s data costs.

While technology gets better and cheaper, many devices still have relatively low specifications. Therefore, it’s important to optimize for that kind of hardware and thus saving on battery consumption.

The same practices apply to building on the web. Google touts such technologies as AMP HTML to make pages lighter. They also advise developers to localize for non-English users. Design paradigms taken for granted in the West, might not be familiar or intuitive to those in the rest of the world just getting online.