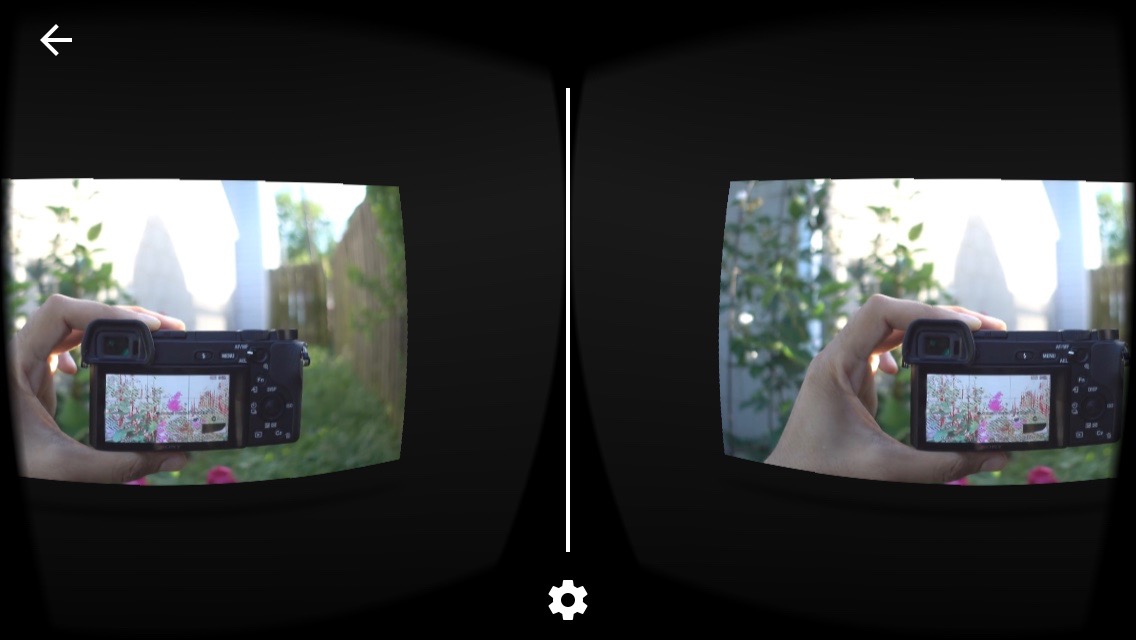 Google has been making great efforts lately in bringing virtual reality to anyone with a smartphone, and the latest update to its YouTube app makes finding VR content super easy. YouTube for iOS now includes a dedicated Cardboard button, which automatically transforms any video into VR mode for watching with Google Cardboard.

While the experience watching a standard video in VR mode isn’t nearly as immersive as watching a 360-degree shot, the effect is still dramatic and feels a lot like watching a video on a projection screen or movie theater. As an example, I tested 9to5Mac’s YouTube channel which doesn’t include any VR-specific footage:

Compared to watching the videos on the iPhone SE’s 4-inch display, footage was huge (and clear) when viewing in Cardboard mode with Google Cardboard.

To access the new feature, make sure you’re running YouTube version 11.18 or later, then play any video on YouTube and tap the screen to bring up the menu options above. A new Cardboard button joins quality controls, caption toggles, and issue reporting.

Tapping the Cardboard button will automatically split the video in half without any effort from the creator, which means all videos on YouTube are supported without any additional editing.

You will need a Google Cardboard viewer to experience the new VR feature, however, although you can pick one up for ~$10. Then just slide your iPhone into Google Cardboard after firing up a video and putting it in Cardboard mode, then enjoy.

Just tap again to switch back to the default viewer mode. YouTube for iOS is available for free on the App Store.