Google’s Android Instant Apps lets you use them without installing 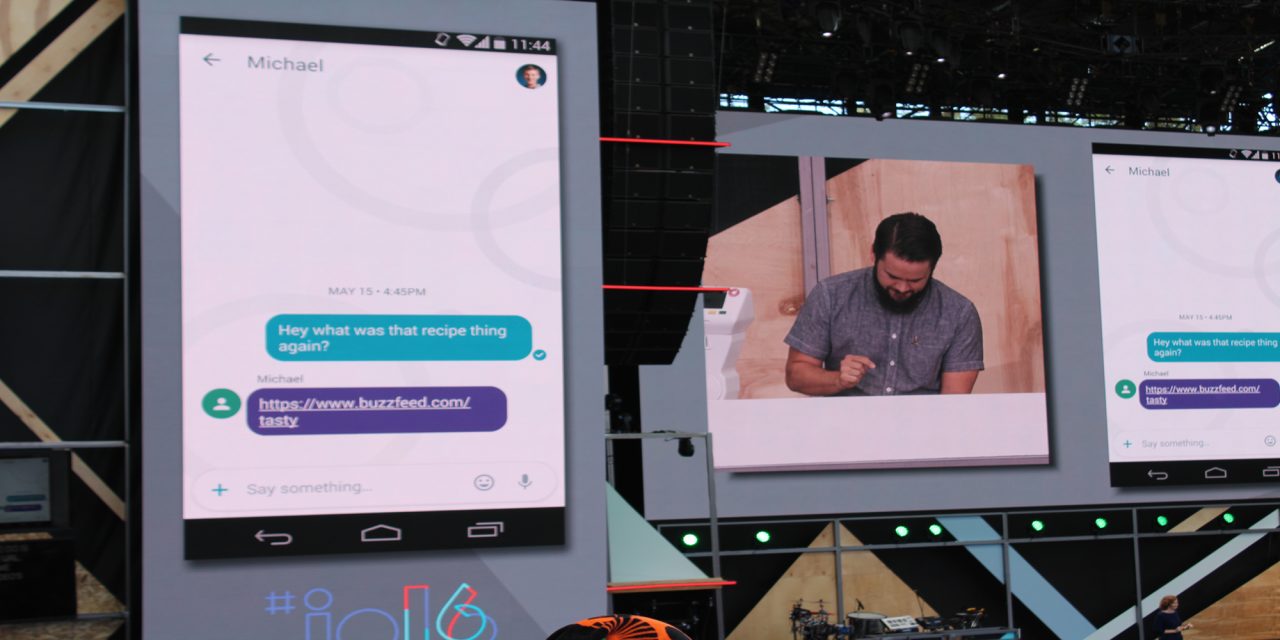 Google had already showed us a glimpse of functionality in Android that made the platform capable of streaming apps from the Play Store without actually installing them — like with AdMob’s ad platform, for instance.

The feature had been rumored for a long time now, and games already took advantage of something similar, but today, the company has formally announced it under the “Android Instant Apps” name…

On stage, a conversation between two people in Allo showed a link to a BuzzFeed video, which has a dedicated app. However, despite not having been installed on the receiver’s phone, the app opened upon clicking on the relevant link.

Well, at least partly so; according to Ellie Powers, Google’s Lead Product Manager, only parts of the app are actually retrieved from the Play Store, and those are the ones the app needs in that moment in order to complete the task — like, in this case, playing a video.

If it sounds like a natural evolution of Marshmallow‘s App Links, it’s likely because Instant Apps are, in short, exactly that, but indeed taking the concept one step further.

The feature should go live “later this year”, and be available on devices with Android builds as old as Jelly Bean 4.2 (the demo was showcased with a 4.4 KitKat-running device).