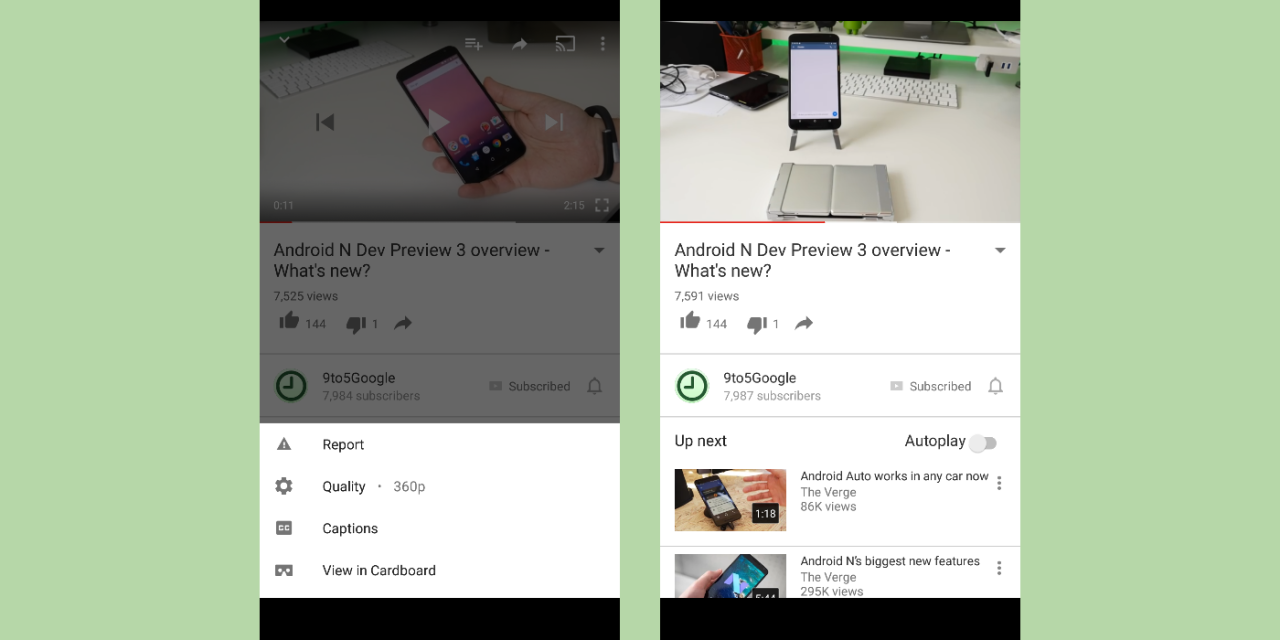 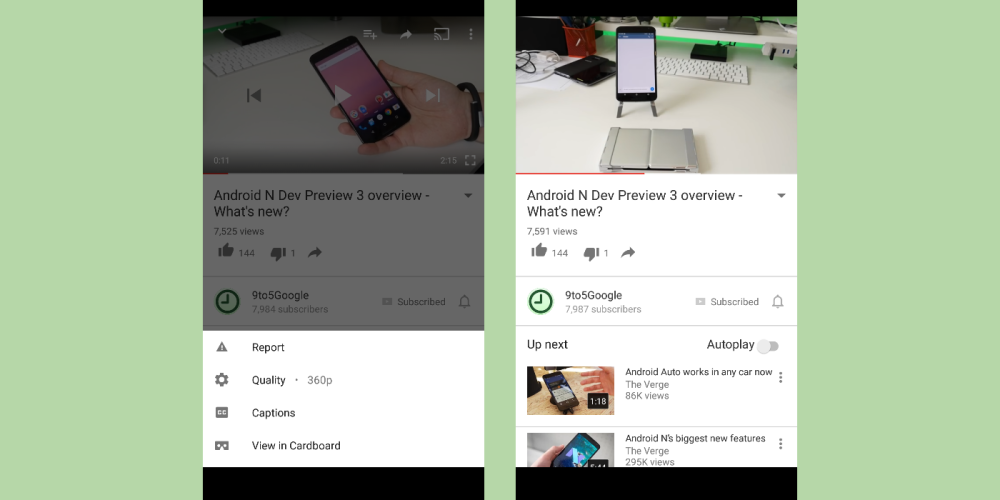 After a lengthy A/B test, YouTube for Android is rolling out a new video settings menu and a slight tweak to the player window. Settings are no longer overlaid on a video, but rather slide up from the bottom of the screen.

The Quality picker, Captions, View in Cardboard, and Report are still accessed by tapping the overflow icon in top right corner. However, instead of being overlaid as transparent icons on the video player, a menu with those settings now slides up from the bottom of the screen. The list of video resolutions appears in a similar manner.

While the menu is active, the background is grayed out. This new design also applies in landscape orientation and might be a way to mitigate the clutter in the video player after adding persistent back and forward buttons for the Up Next Autoplay feature.

The video player gets further uncluttered with a red progress bar that always appears at the bottom edge of the player. Previously, the bar was was only visible when hovering over the window. The progress bar is the in the same style of a recently added feature that shows in-progress videos on the Home tab.

These two changes are widely rolling out to the YouTube Android app. The Google company recently added a native messaging feature on mobile that is still in testing with a small subset of users.