Opinion: Pokémon Go is technology at its absolute best 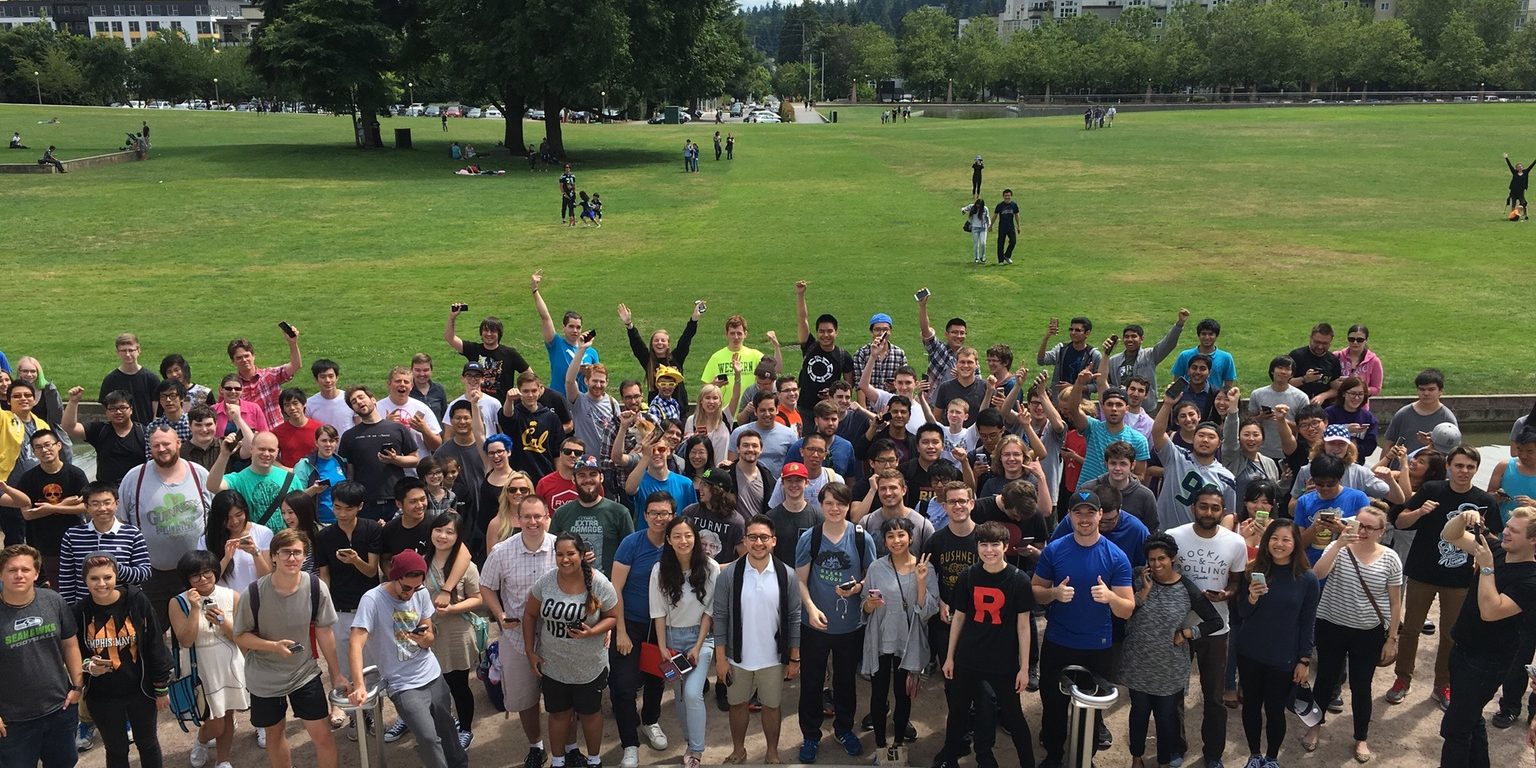 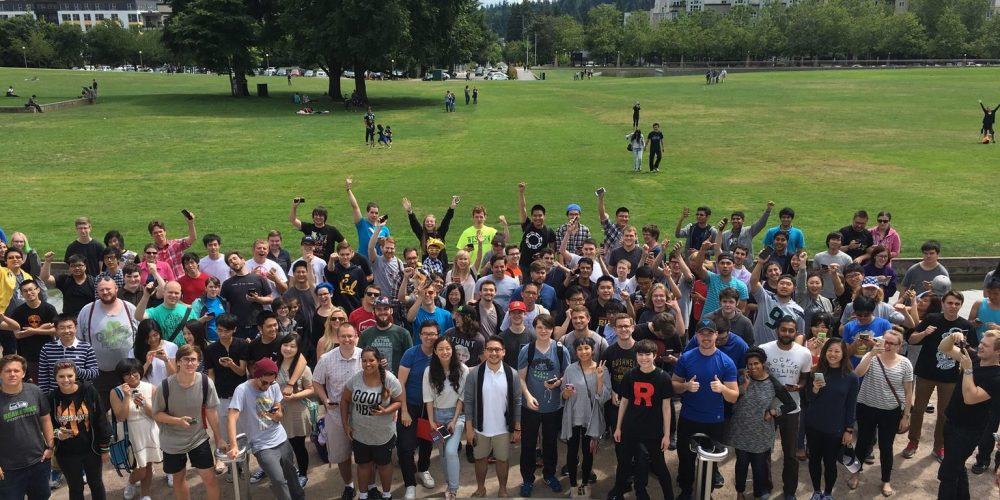 I have personally seen no less than two dozen people in public playing Pokémon Go since the game’s US launch last week, and from what I’ve heard, many can say the same. Based on some initial data, it seems that pretty much no technology comes close to the rate of adoption that this single app has seen in the past few days. It’s been a wild ride to say the least.

The app is still the top download on both app stores, and there have already been dozens of articles across the web telling the stories of many aspiring Pokémon trainers — everything from robberies to sore legs. Pokémon Go has already become a (mostly) global phenomenon and from what we’ve seen so far, it’s technology at its very best.

For the uninitiated, trainers in the Pokémon universe — and, with Pokémon Go, in the real universe as well — roam around capturing Pokémon, battling others, and visiting gyms to level up. I know the basics, but I’m admittedly not an expert myself. Growing up, I watched some the cartoons, but I wasn’t that into the show and never bought any of the console games.

However, in speaking to a huge fan, I’ve come to realize how much this game is a childhood dream come true for many. Pokémon Go is the opportunity to actually become a “Pokémon Master” as it is called and roam the world to capture, collect, and battle. Technology has long made things once deemed science fiction a reality, but, apparently, no dream of personal computers, video calls, or virtual reality, comes close to the feeling of just pure nostalgia.

You can’t help but feel wonder at how far technology has come. Pokémon was created in 1995, with the first Game Boy game coming a year later and the first anime series popping up in 1997. With globalization in full force, the Japanese invention quickly spread around the world.

With 279 million games sold as of February 2016, Pokémon is the second best-selling video game franchise — only behind the Mario series from Nintendo proper. It’s a global franchise and its many iconic characters — including, perhaps most notably, Pikachu — have left a significant mark on pop culture.

Many growing up in the late 90s and early 2000s distinctly remember watching Pokémon as part of early Saturday cartoons. It’s been almost 20 years since, and those early watchers are now in early adulthood, thus making the nostalgia factor super-potent for those who are now some of the most active on social media. It’s not a mystery why the game has spread like wild fire. 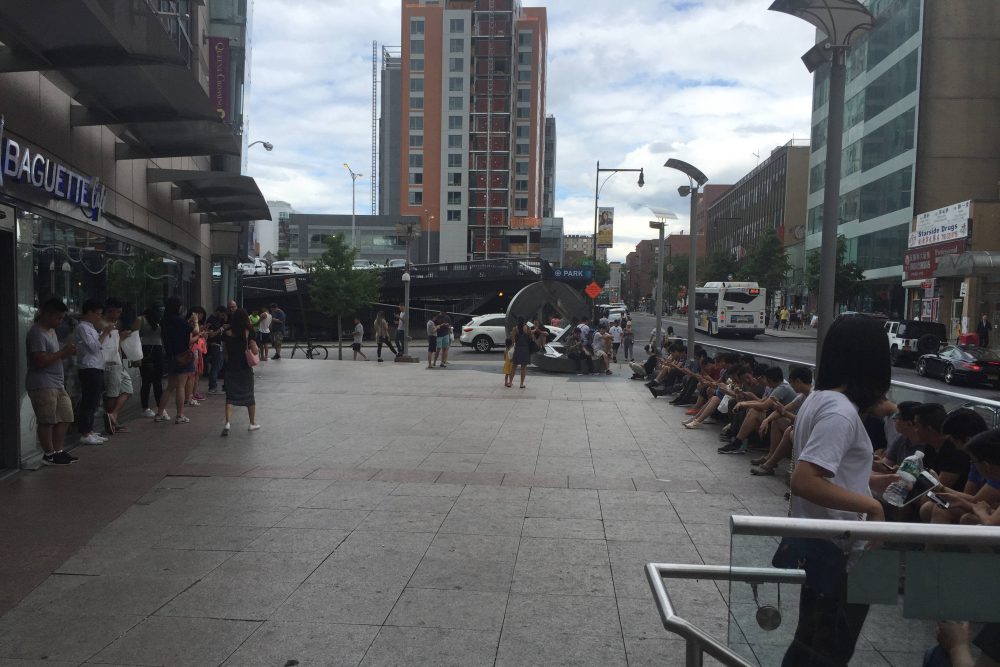 Over the past few days, there have been countless examples of people from all backgrounds and ages coming together to play Pokémon Go in the real world. From major metropolitan cities to smaller towns, people on the hunt for Pokémon will recognize those who are also playing the game and end up exchanging a few words. I can attest to this even in my relatively small neighborhood.

It’s remarkable really, helping people do so much as lose weight and get out of their houses — many are even claiming that the game is already helping their mental health:

#PokemonGO is going to do wonders for my mental health, providing me with purpose and reason to go outside at last.

Pokemon Go is literally making people with depression and anxiety and agoraphobia leave the house and explore the world and socialise.

in all seriousness, pokemon go is one of the greatest things that has happened to my mental health

Encouraging People to be Social

But since the Pokémon universe is innately social, a number of activities can be done as a group in Pokémon Go. As Pokémon are not in limited supply, a bunch of people can go out together and capture the same creature from the exact same location. It limits competition in some regard, but causes the game to be much less confrontational and makes people more willing to share tips.

Just yesterday, I came across half a dozen people playing at a local mall and struck up a conversation. Half of them were carrying battery packs to extend their game play, and one pair said they traveled quite a distance together to come to this mall as it had a number of PokéStops and gyms to claim.

One of those particular stops had what’s called a “Lure Module” that attracts wild Pokémon and can be used by anybody in the near vicinity. These modules make the Pokémon come to you, basically, and create hubs in the real world near landmarks where Pokémon Go players can congregate. We ended up praising the unsung provider of the Lure Module as we all benefited from that stranger’s generosity.

As I was riding an escalator, tapping and swiping away on Pokémon Go, a stranger asked what team I was on and we ended up having a quick conversation. Being a normally shy person, I felt surprisingly comfortable to ask other people the same question when I came across them in the park.

There are just so many stories of people telling total strangers tips about where to find Pokémon and striking up conversations — many that extend beyond the Pokémon game as well. In one particularly funny example, a player was (assuming the story is true) convinced to join a particular team for purposes of dominating the neighborhood, and a cop joined in as well.

Introducing AR to the Real World

It’s rare for an emerging technology to have an example product that can so perfectly showcase its potential to a wide swath of everyday people. The most obvious use of augmented reality in Pokémon Go is the ability to capture Pokémon against a live camera feed. This has resulted in both funny and rather jarring pictures of Pokémon ending up at the dinner table, at weddings, and even in the midst of protest.

While not as useful as a true heads-up display, this is still augmented reality — and it’s being introduced to a world still mostly unfamiliar with the tech in the most friendly way possible.  When a consumer, compromise-free gadget like HoloLens or the much touted Magic Leap headset is introduced, people will remember Pokémon Go, and games like it could end up being at least one killer use case for the tech.

A Platform for Good

As I was playing Pokémon Go, I could not help but think of OASIS from a book called Ready Player One by Ernest Cline. In the book, people work, play, and spend a majority of their time in a connected virtual realm through the use of VR headsets. The book actually makes a crack at how elections within OASIS could be more important than real world ones.

And these virtual- to real-world connections could potentially become very real with games like Pokémon Go:

The first tweet is obviously in jest, but the second one is not so far out of reach. Niantic Labs and The Pokémon Company might have inadvertently created a platform in the truest sense of the word.

In addition to in-app purchases (I gladly made some this weekend in Pokémon Go), imagine Niantic partnering with stores to show advertisements in Pokémon Go. Imagine stores — such as GameStop or Walmart — paying Niantic for a spot on the map to get players in their doors. Assuming the game doesn’t go as fast as it came, there will be many opportunities for the game to evolve into more than just a game over time.

And while outright in-universe advertising might ruin the game, there are some physical real world partnerships that could be struck (again, assuming the game is even still popular once the summer is over and kids everywhere go back to school). What if Niantic partnered with parks, libraries and other safe, open spaces to establish larger gyms or PokéStops? Theoretically, Pokémon Go could have dedicated physical hubs in the real world.

Approximately 20 years after its creation, Pokémon Go gives us a peek at an augmented reality future, but it’s also just a dream come true for many, many fans. Niantic Labs and The Pokémon Company managed to create a smartphone game that, in true Pokémon fashion, incorporates real-world social interaction — dating back to the days of connecting Game Boys together with link cables. And that’s undoubtedly one of the key reasons Pokémon Go has become such a hit.