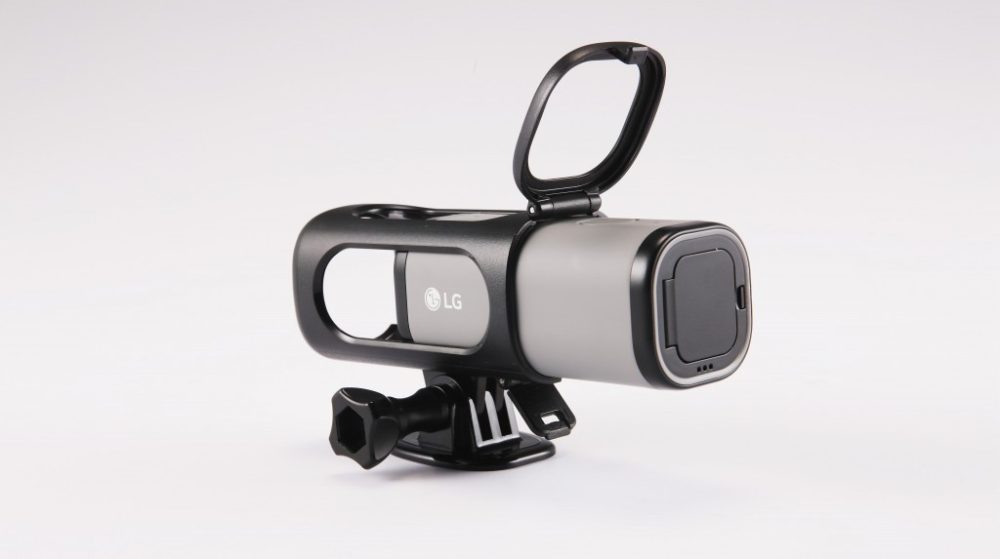 When the latest LG flagship launched, the Korean company also introduced a series of “Friends”, including a 360 camera, a VR headset, a Hi-Fi audio module, a camera grip, and more. Now, LG has announced the latest addition to the lineup: Action Cam LTE…

The LG Action Cam LTE packs a lot of the features you would expect from an action camera, including IP67 dust-, sand-, and water-proofing that, according to LG, allows it to be “immersed in up to one meter of water for up to 30 minutes.”

On top of all this, the camera sports LTE and 3G support to allow you to stream directly to the web via YouTube Live or other streaming services. That’s a nifty feature indeed, as managing and uploading your video via a smartphone is always a hassle.

Here are the full specifications:

LG says that the device is rolling out today in South Korea, and that availability for other key markets will be announced locally “in the weeks to come.” Even if the cam does make it to the US, I wouldn’t be too optimistic. LG is having a hard enough time as it is, and GoPro hasn’t exactly proven that action cams are a great market to be in.