Chrome OS 52 rolling out with many enterprise updates, including geolocating Chromebooks 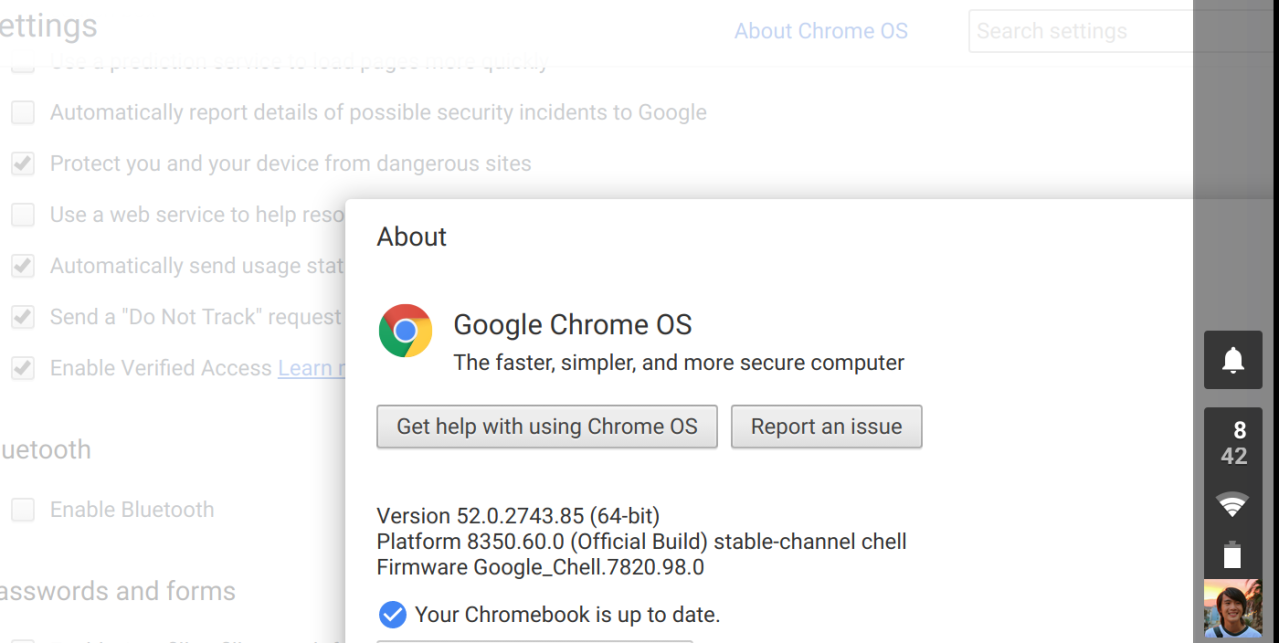 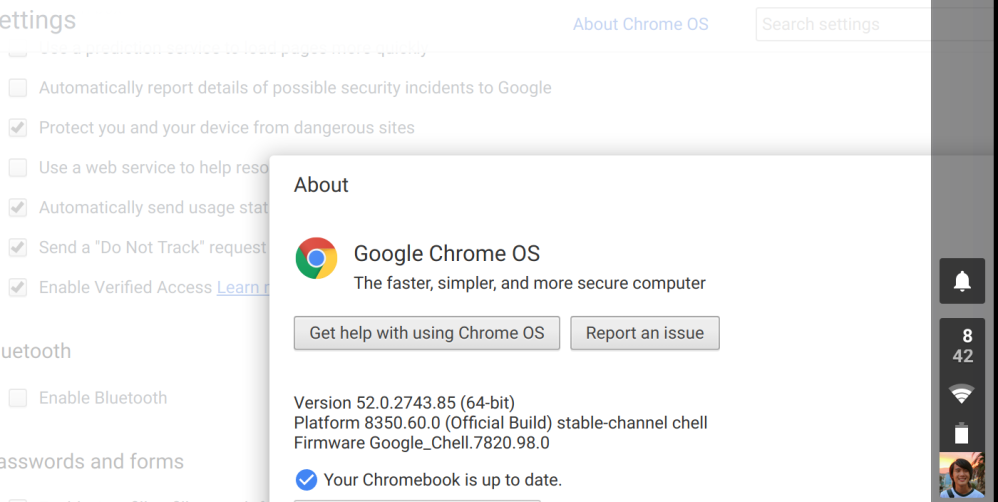 Last week Chrome 52 began rolling out and introduced Material Design on Mac. And for Chrome OS, the new version rolling out now introduces a number of updates mainly for enterprises that deploy Chromebooks. Namely, the Admin console can now display the location of Chrome OS devices and allows for more types of log-in.

Smart Lock already allows users to unlock a Chromebook if a trusted Android device is in close proximity. New camera access in Security Assertion Markup Language (SAML) flows will allow for alternate types of log in, including with QR code or eventually facial recognition. These new features are geared more towards enterprise users, but could eventually make its way to regular users.

There are additional Bluetooth APIs for Peripheral Mode Support and new accessibility settings that allow audio channels to be combined. A small interface tweak changes the no notification icon on the dock from a ‘0’ to a bell symbol.  The full user facing change log is below:

For Chrome OS devices managed by enterprises, a new device location feature is similar to the Android Device Manager. Administrators will be able to see the geolocation of Chromebooks down to the country and city level. Hopefully, a feature like this will also be made available to consumers in the future. Other new Admin features include the ability to more precisely schedule timed reboots of devices and displaying a short link to present on the homescreen of Chrome for meeting devices.