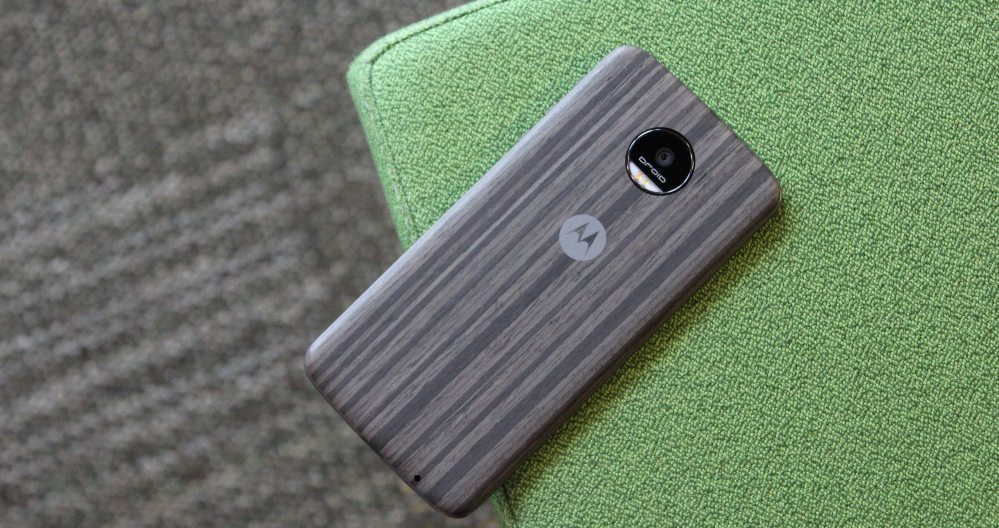 Lenovo-owned Motorola just launched its latest flagships, the Moto Z and Moto Z Force. For now they’re only available as “Droid Edition” phones, exclusively on Verizon and — of course — packing a picking of Verizon’s bloatware apps.

After first going up for pre-order last week, the phones (and their Moto Mods!) are now available for purchase outright from Verizon’s website…

Verizon has the Moto Z Droid Edition available for pre-order for $624 or $26/month, while the Moto Z Force Droid Edition is also available for $720 or $30/month. Verizon also offers a credit of up to $300 when you trade in your current smartphone to get the Moto Z. You can also grab the JBL SoundBoost Moto Mod for $80, the Moto Insta-Share projector for $300, and the Power Pack Moto Mods for $80 without wireless charging or $90 with. There’s also a carrying case for $30.

If you’re not the biggest fan of Verizon, Lenovo has already said that it has plans to release a GSM unlocked Moto Z variant sometime in the future. That said, pricing or a release window — other than “later this fall” — has yet to be announced. Additionally, it’s unfortunate to note that the shatterproof Moto Z Force will remain exclusive to Verizon.

Be sure to check out our lengthy review of the Moto Z and Moto Z Force, as well as our full video review (found below).