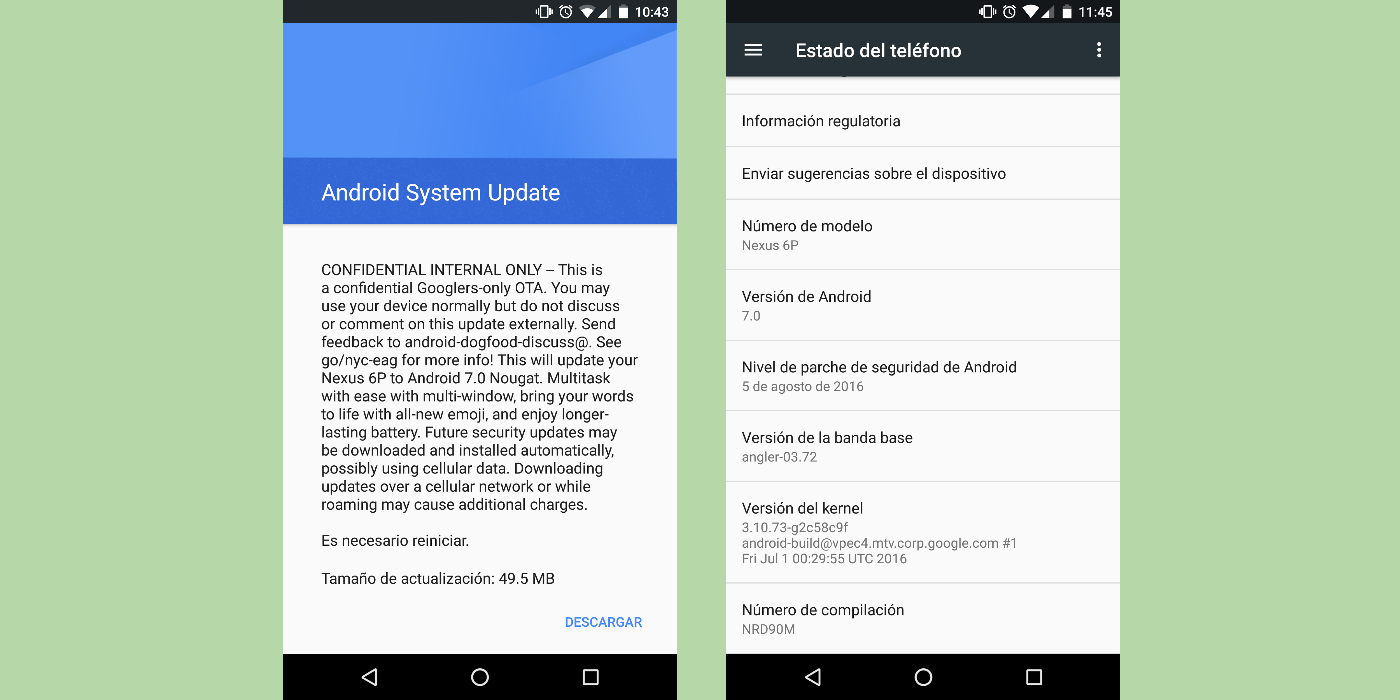 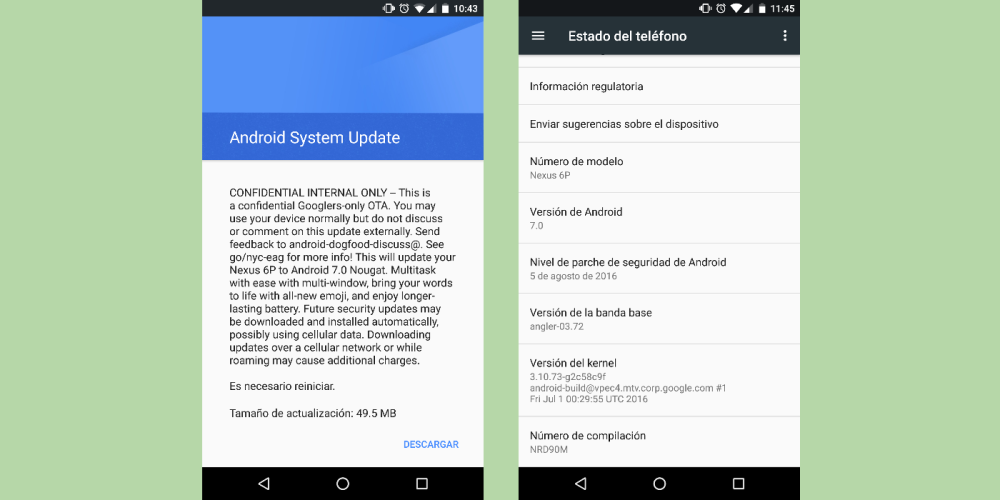 In a sign that the final version of Nougat is coming soon, one Nexus 6P user has apparently received a confidential Googlers-only OTA with an updated build of Android 7.0. While DP5 was NPD90G, this internal dogfood version is NRD90M…

Reddit user brianmoyano un-enrolled his Nexus 6P from the Android Beta Program due to battery issues. Instead of immediately receiving a back update to Marshmallow, he says he was greeted with the above OTA screen.

With “CONFIDENTIAL INTERNAL ONLY” and “confidential Googlers-only OTA” at the beginning of the message, the “android-dogfood-discuss@” and “go/nyc-eag” is referring to Google’s internal employee communication tool. The latter once again confirms that New York Cheesecake was the working codename for Nougat.

At 49.5MB, this is a smaller update and the Redditor has not seen any major changes. Unfortunately, he was not able to grab the OTA download link before installing. Bolstering the possibility that we are nearing a final build, quick settings no longer has the Android Beta Program tile. The Android N description that accompanies the OTA update is also slightly different from during the beta program.

Back in April, Google announced that Android N would be released to AOSP and ecosystem partners in Q3. With OEMs like Huawei already testing early builds, it appears that consumers are on track to get a major Android update earlier than usual.