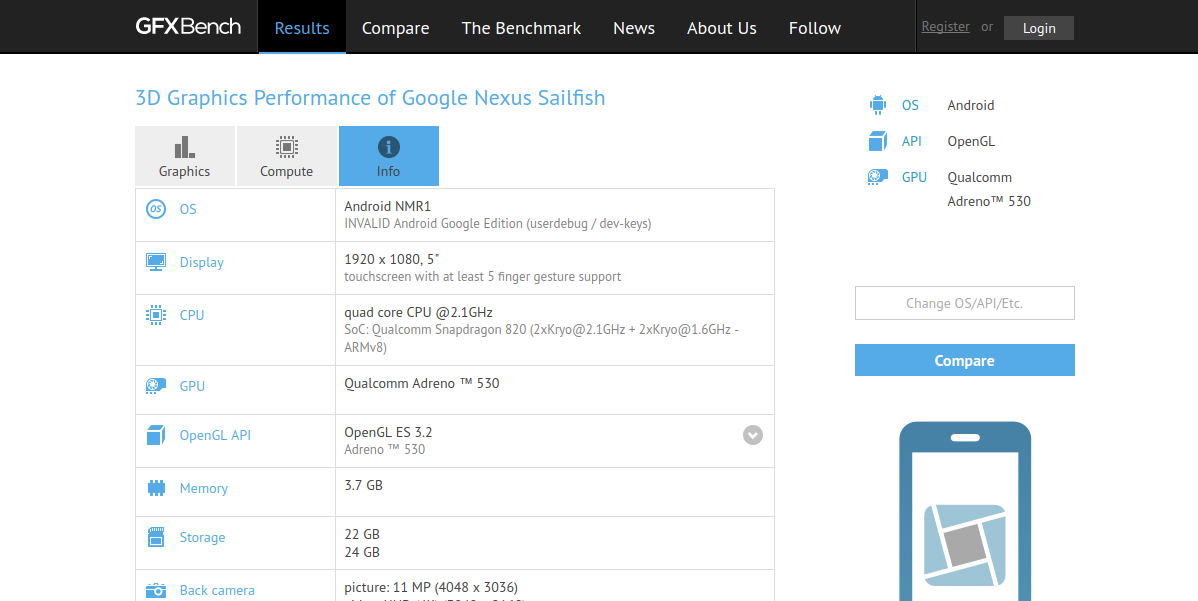 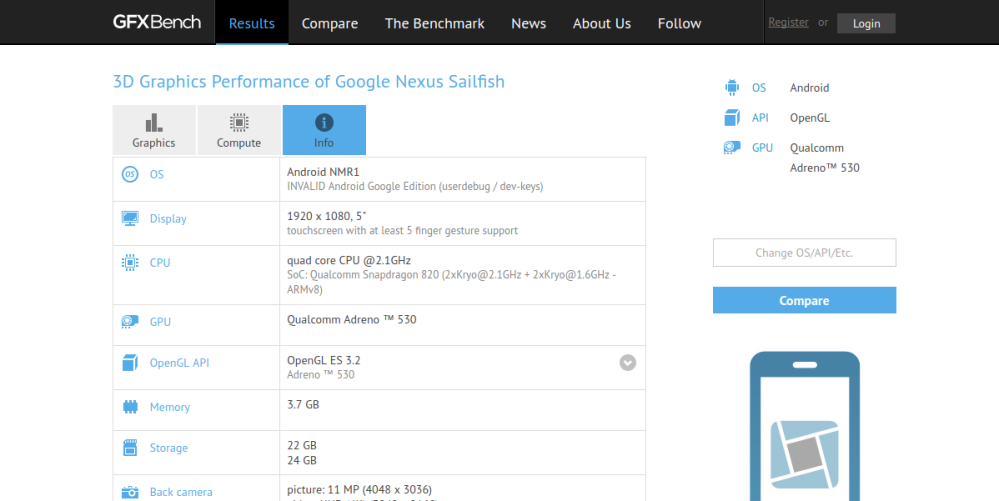 In the past few days, a bevy of hardware and software features about this year’s upcoming Nexus devices have leaked. A purported GFXBench benchmark for the smaller Sailfish has surfaced and is consistent with a previous report about the device’s specs. It also reveals the usage of the Snapdragon 820 chip.

The benchmark confirms the 5-inch 1920 x 1080 screen, 4GB of RAM, and 32GB of storage. What’s new is the use of a quad-core Snapdragon 820 chip clocked at 2.1GHz. The 820 has been used in a number of devices this past year, including in the HTC 10, and most recently the Samsung Galaxy Note 7. There was speculation that Google would opt for a slight newer chipset from Qualcomm.

Other specs from GFXBench include a 12MP rear camera and 8MP front facer. The operating system is identified as Nougat Manufacturer Release 1. According to previous reports, there will be a rear-mounted fingerprint sensor with a gesture that can be used to pull down the notification shade and a USB-C port next to bottom-firing speakers.

The Marlin will have a larger 5.5-inch 2560 x 1440 screen and 3450 mAh battery, but otherwise the same processor, RAM, and camera. It’s possible that these two devices will launch with a new “Nexus Launcher” that redesigns the homescreen and app drawer. A Fall release is expected for both devices.