To implement Android apps and the Play Store on Chrome, a version of Google Play Services was added to the OS. Such feature like the Android Device Manager continue to work and thus provide users with a way to locate and ring their Chromebooks.

Chromebooks registered to enterprise domains and schools could long be wiped if stolen or lost. With Chrome OS 52, administrators finally gained the ability to see the location of devices. However, regular consumers have long lacked a similar tracking or wiping feature.

At the moment, those running the beta channel on the Asus Flip, Acer R11, or 2015 Chromebook Pixel can see their devices on the Android Device Manager. It’s unclear whether this is an intentional feature or an accidental result of including Play Services. The latter possibility is more likely as the devices appear as their codenames rather than actual product names.

Chromebooks accurately show up on a map, with the option to ring and wipe present. However, ringing a device will not actually play a noise, but rather just darken the screen and bring up a notification on the Chromebook saying it has been located. The prompt to wipe appears to also work, but I have yet to try it. It’s unclear whether it will activate a powerwash of the entire OS.

The ability to find a lost or misplaced Chromebook is highly convenient. Google should either fully flesh out the feature on the Android side or add it to Chrome OS for all consumers. 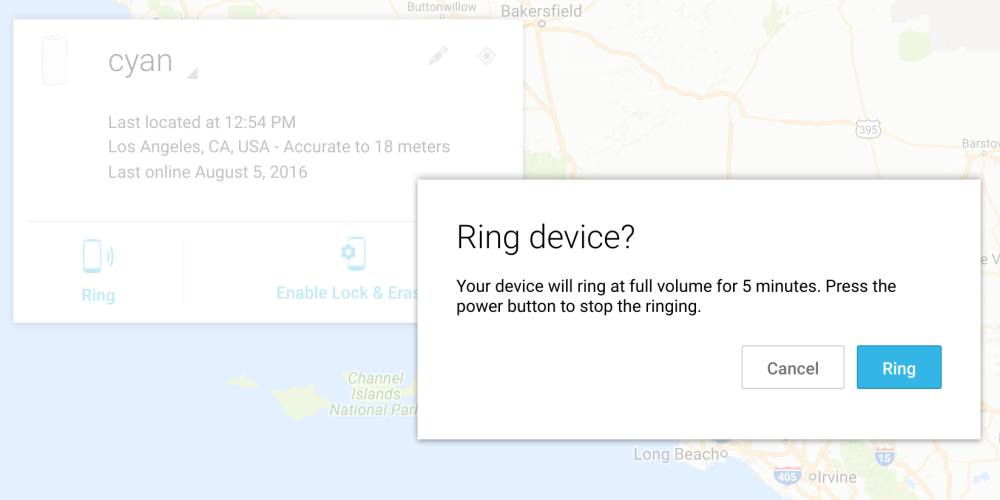