This is Pokemon Go’s vastly improved ‘Nearby’ tracker, currently in A/B testing [Video] 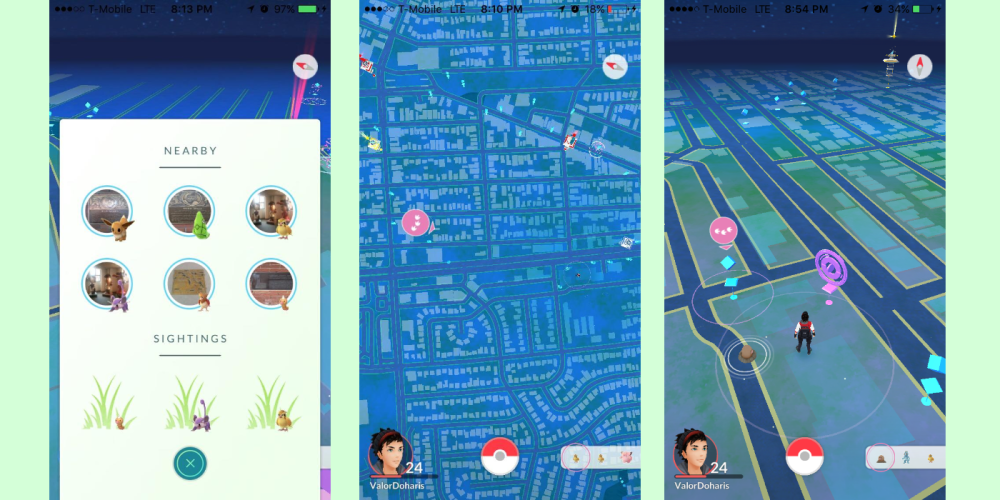 Yesterday’s Pokemon Go update brought news of a new “Nearby” tracker in testing with a “subset of users.” The removal of the original feature upset many players who consider location tracking to be a key element of the game. Some users have began to receive the new Nearby A/B test and screenshots show the feature to be vastly improved.

The first iteration of Nearby only denoted Pokemon in close proximity with 1-3 footsteps. However, the feature broke shortly after launch, showing three footsteps for everything. An update eventually removed the footprints entirely, causing outrage in the community and en masse IAP refunds.

With version 0.33.0 on Android and 1.3 on iOS, most users have Nearby replaced by a “Sightings” tab. While there is no semblance of how close creatures are, it updates much more frequently and is already more accurate than the previous version.

As part of the A/B test, the new Nearby feature shows Pokemon that are near PokeStops. In addition to displaying an image of the PokeStop, tapping on a monster from the tab will flatten the map and tell users what direction from the Stop the Pokemon is located. As such, users can easily walk there and to where the arrow is pointing.

This is leaps and bounds more accurate than blindly walking around in every direction. For Pokemon that are not near Pokestops, the Sightings feature remains just underneath Nearby. At the moment, both Android and iOS users have shared screenshots and videos of the new Nearby feature. Presumably, this feature will eventually rollout to all users.