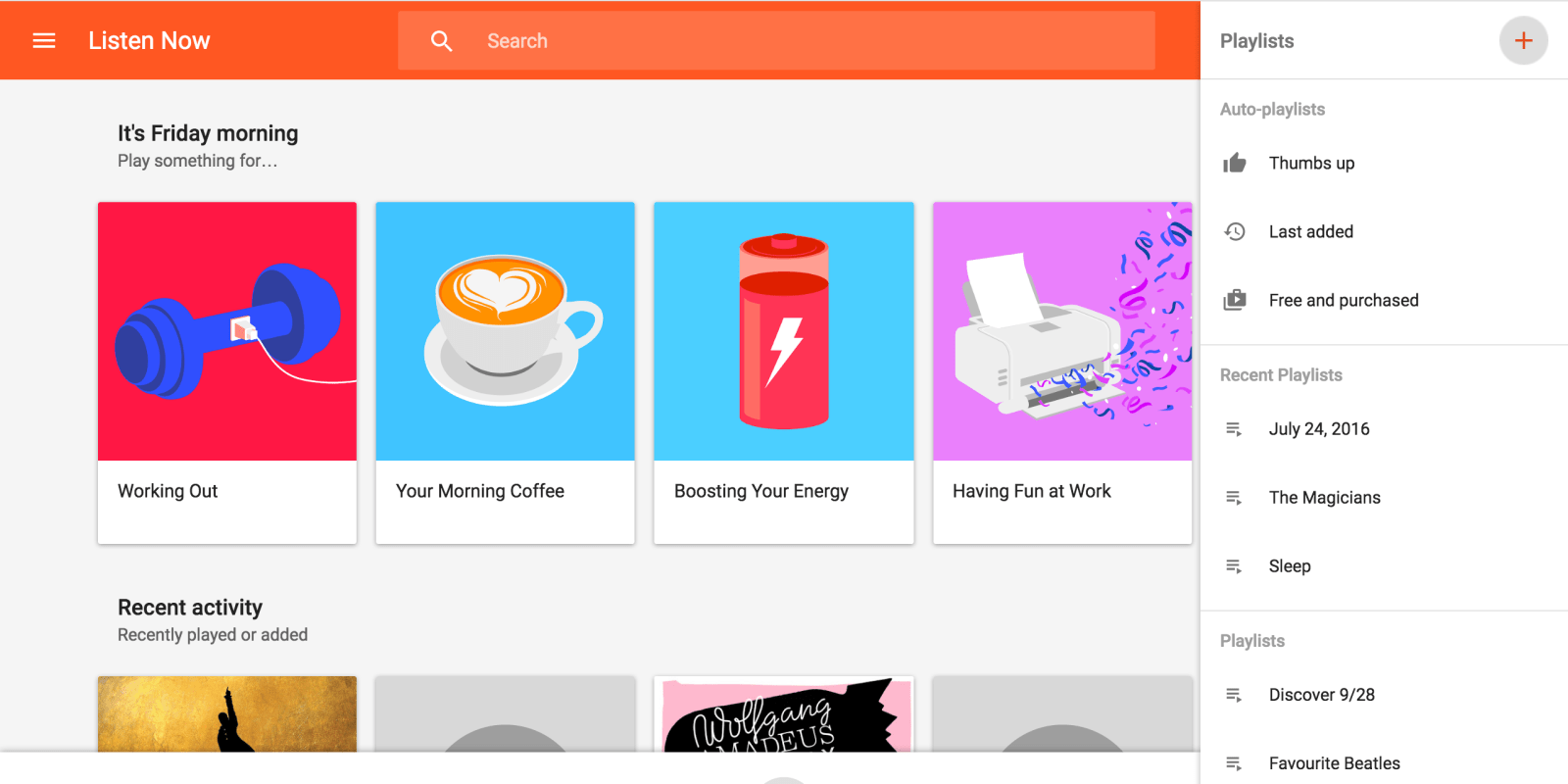 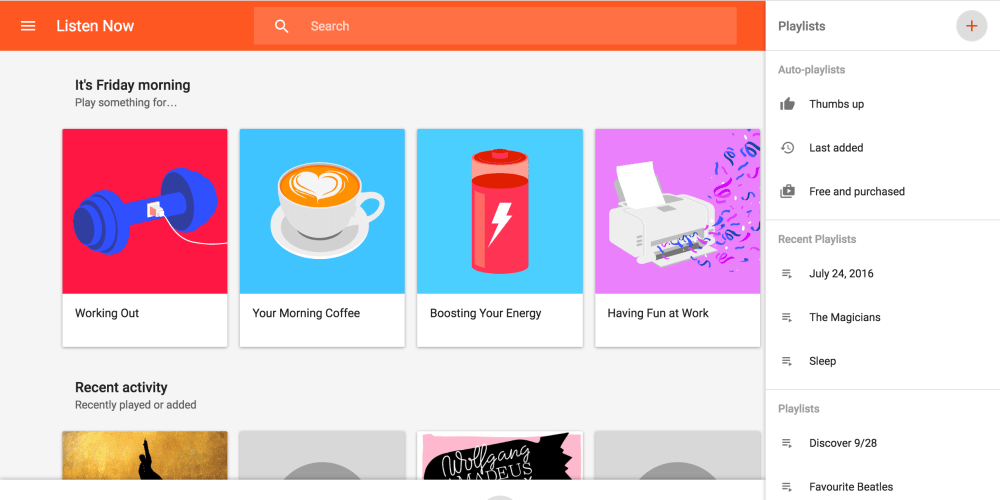 Google Play Music’s web app has remained mostly unchanged since it received a Material redesign last year. While the interface is largely similar to that of the Android app, a small update today (via Android Police) takes better advantage of the extra screen real estate offered by a desktop.

Playlists are no longer accessible in the left sidebar. Instead, a new button next to the web app launcher on the action bar slides out a new panel from the right. All playlists, including Auto and Recent, are included. There is now less clutter in the main sidebar, but the right list can get quite lengthy. Play buttons next to each playlist allows users to quickly start playback without having to first open it.

Users can quickly make a new playlist by tapping on the plus button in the top right corner. As the action bar remains visible throughout the app, playlists access is now much quicker. Individual songs can also be dragged to the right and be added to a specific playlist. The old cover view can still be accessed by going into the Music Library and navigating to the appropriate tab.

This slight redesign is already live for most users. 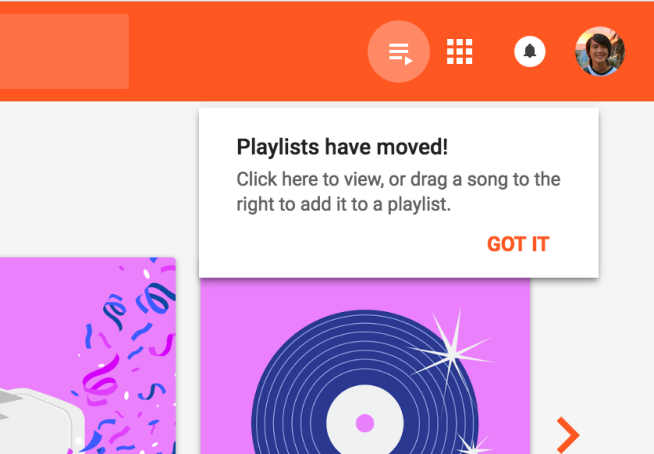