Google shutting down its Device Assist app for Nexus users 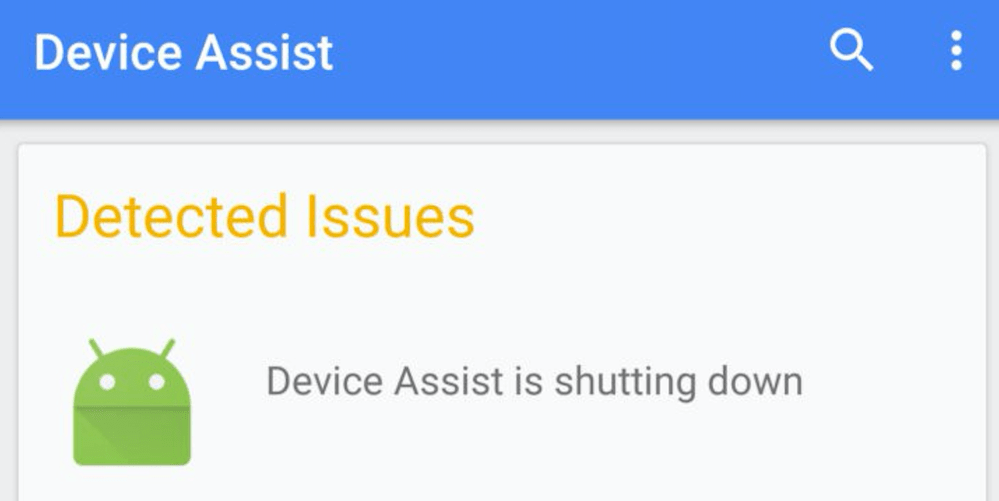 Google today announced that it is shutting down its Device Assist app. The change is effective immediately, with users being notified of the shutdown via a “detected issue” card, as seen above (via Android Police).

With the shut down of Google Assist, the company is directing users to its online tips website instead.

Google first launched Device Assist in 2014 as a way to give users a one-stop-shop for tips for their Nexus and Android devices. The goal of the app was to provide live tech support, troubleshooting, tips, and more. The app was also able to detect issues with a device’s setup and make suggestions on things like GPS, connectivity, and battery settings to improve overall device performance.

Ultimately, however, Google Assist was never very successful, hence the company’s reasoning for shutting it down without warning. The app has already been removed from the Play Store and no longer appears in search results. If you already have the app on your device, it’s still semi-functional, although no new tips will be added.