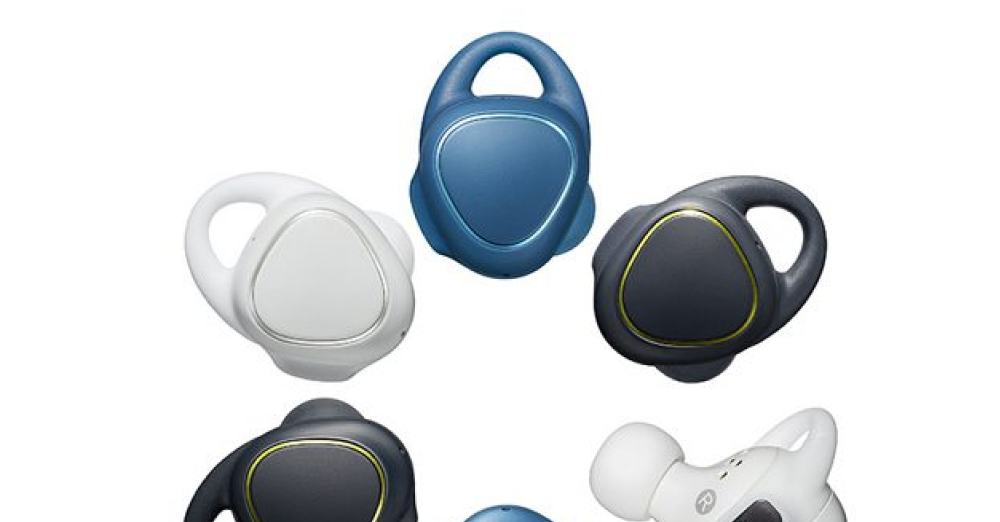 Originally unveiled earlier this summer, Samsung today has made its truly wireless IconX earbuds available on Amazon. The earbuds come as companies are starting to remove the 3.5mm headphone jack from smartphones, though Samsung has yet to make that move.

The IconX feature 4GB of built-in memory for storing and playing music independent of smartphone. Of course, they also feature standard Bluetooth capabilities for connecting to smartphones traditionally. There are controls on the surface of the earbuds to allow users to select songs and control playback. Additionally, the IconX also feature basic fitness tracking capabilities that sync with S Health.

They last 3.5 hours when listening to music stored on the earbuds and 1.5 hours when streaming music from a phone. Included with the IconX, however, is a pill shaped storage case that provides two additional charges.

On Amazon, the IconX come in at $199.99 and are available in three different colors: black, blue, and white. So far, the IconX have amassed 29 reviews with a 3.5 star average. If you order some, let us know what you think in the comments!