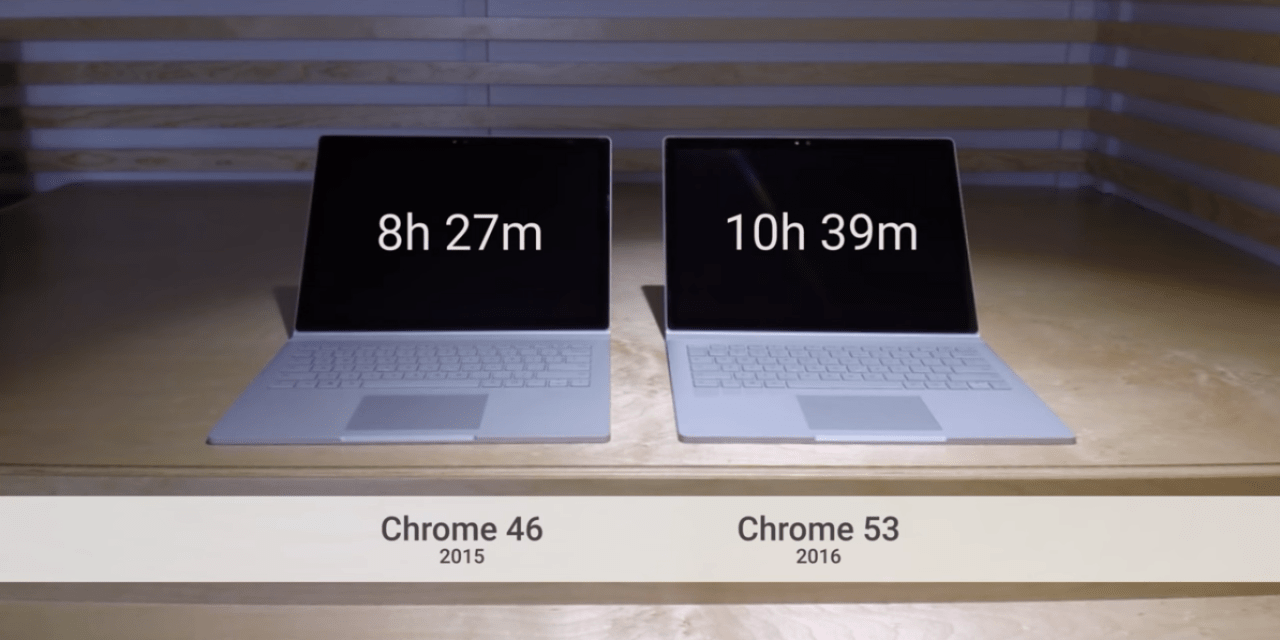 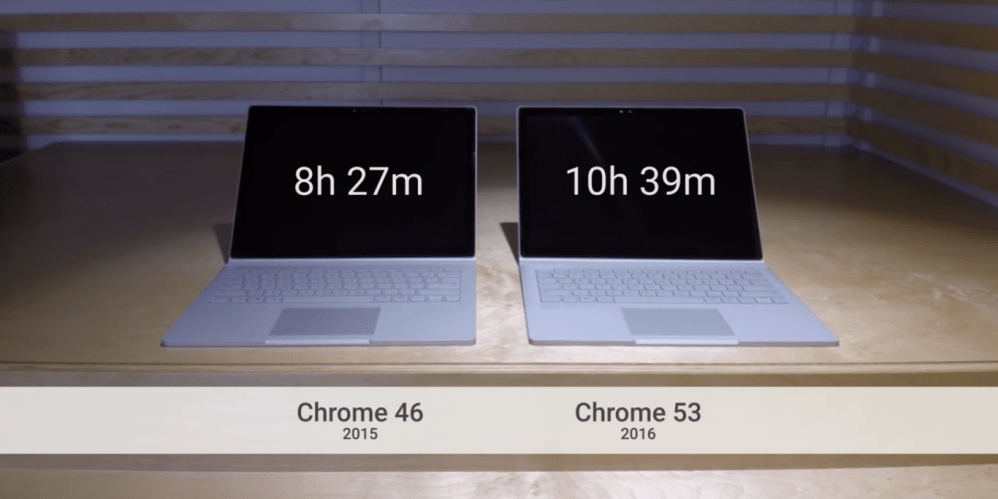 With performance and battery concerns being a common knock against Chrome, Google promised that future updates would provide enhancements to both areas. A post on the Chrome Blog today details that the browser has seen double-digit improvements in speed and battery life over the last year.

Back in June, Microsoft conducted a series of tests showing that Chrome is the most battery intensive browser on Windows 10. A similar test run by Google shows Chrome 53 — released last week — delivering 2 hours and 12 minutes of longer HD video playback when compared to Chrome 46 from last October. These improvements can be especially seen on popular sites like YouTube, Vimeo, and Facebook.

In terms of browser speediness, desktop and Android Chrome is now 15% faster than it was a year ago when measured with tools like Speedometer. Google is also improving speed by adding new features to quicken daily tasks like online shopping. Gradually rolling out to all platforms, the PaymentRequest web standard stores credit card and shipping info for a faster and more convenient checkout process.

One of the biggest performance improvements coming later this year sees Chrome killing Flash by defaulting to HTML5 on most sites. The hope is that it will drive most websites to drop various Flash components for the less resource intensive HTML5.