Opinion: iPhone 7 is mostly a technological catchup, but it’s an undeniably polished one 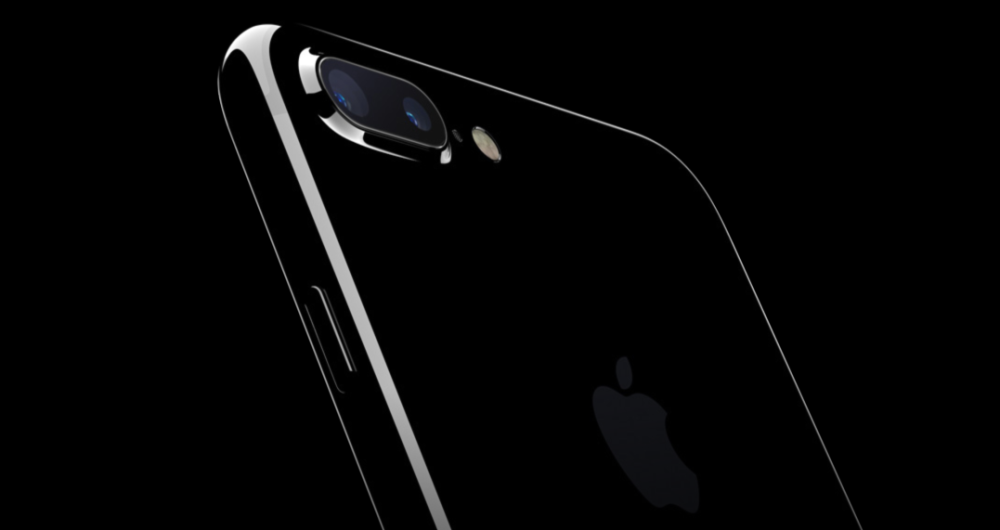 Apple stepped up. Today it announced the iPhone 7, the first true successor to the iPhone 6 that launched in 2014. While many expected this to be yet another “tock” (think iPhone 6SE) update offering little more than incremental improvements and an almost indistinguishable design, Apple instead brought a slew of substantial enhancements to the device and introduced a new glossy black design that even convinces me that the phone is deserving of its whole integer naming bump.

Most of what Apple introduced with the iPhone 7 is admittedly catchup — they’re features that Android OEMs have been offering for months (or in some cases, years). Headphone jack removal, waterproofing, dual-cameras, stereo speakers, and 32GB base storage have all been done on Android handsets. The iPhone 7 does, however, pack a lot of these features into an overall package that’s undeniably polished and backs them up with raw power enhancements under the hood…

One of the first things that Apple mentioned about the iPhone 7 and 7 Plus — after mentioning its new colors — was its redesigned home button with a solid state design. This new design takes advantage of Apple’s Taptic Engine (which is essentially a really nice vibration motor), but as an idea this has been done many times in the Android world. A recent example that comes to mind is the HTC One A9, which has a tappable non-mechanical home button that provides vibration feedback. Surely the iPhone 7 home button with Taptic feedback will feel nicer, but this is by no means a huge innovation.

The third thing that Apple announced about the iPhone 7 and 7 Plus is that the flagship phone from Apple is finally dust and water resistant — specifically IP67. That’s great, except that many Android flagships in 2016 — like the Sony Xperia Z5, Samsung Galaxy Note 7, and the Galaxy S7 edge — are rated even higher at IP68. Even the Samsung Galaxy S5 from 2014 was IP67. So water resistance — while it may be new to the iPhone — is not by any stretch of the imagination new to phones.

Fourthly, Apple mentioned the new camera features of the iPhone 7. Apple brought OIS to the non-Plus iPhone to much applause (standard to most flagship Android phones), a new wider f/1.8 aperture main lens (c’mon, even the LG G4 had an f/1.8 aperture), and a dual-camera set up (something that we’ve already seen launch on a few Android phones, including the Honor 8 and LG G5). Of course this is just talking specs — it’s still to be determined how this hardware actually works in practice.

Sixth on their list, Apple announced some improvements to sound on the iPhone 7 and 7 Plus. The first improvement is that the iPhone now has stereo speakers. That’s a feature that has been on a slew of Android handsets for years. HTC’s BoomSound has been around for quite a while, and Motorola put stereo speakers on their Moto X line as well. Apple also announced that it is ditching the 3.5mm headphone jack, something that has already been done in the Android space by a couple OEMs as well. For example, Motorola ditched the jack on its Moto Z line and LeEco did so on its Le 2.

Apple also announced today that the base model of the iPhone 7 and 7 Plus will be 32GB, something that has long been the case for flagships from Samsung, LG, and other companies. 16GB base models have long been a crutch for iPhone buyers everywhere, pushing those who didn’t necessarily need the space to go with 64GB. Those days are over — iPhone storage is now 32GB, 128GB, and 256GB.

These features are things that many consumers have come to expect from a smartphone, and sadly they are most of what separates the iPhone 7 from its predecessor. But they make a great package, and Cupertino has done a lot of these commonplace features well, putting them all together in one package. With Android phones, these features are sometimes things you have to sacrifice here or there to match your needs. For instance, a phone may have IP68, but no stereo speakers or a dual-camera.

For one thing, Apple’s implementation of the dual-camera system seems to be pretty great. LG’s version lets you capture standard and wide angle photos, and the dual-camera setup on the Honor 8 has some bokeh and depth of field effects, but I like the way Apple is handling zooming. A single tap to capture 2x optical zoom photos without losing quality is pretty great. Interestingly, Apple’s version of the depth of field/bokeh — which looked phenomenal on stage today —  won’t be launching with the 7 Plus and will instead come in a software update later. We’ll see how it compares to its competitors. 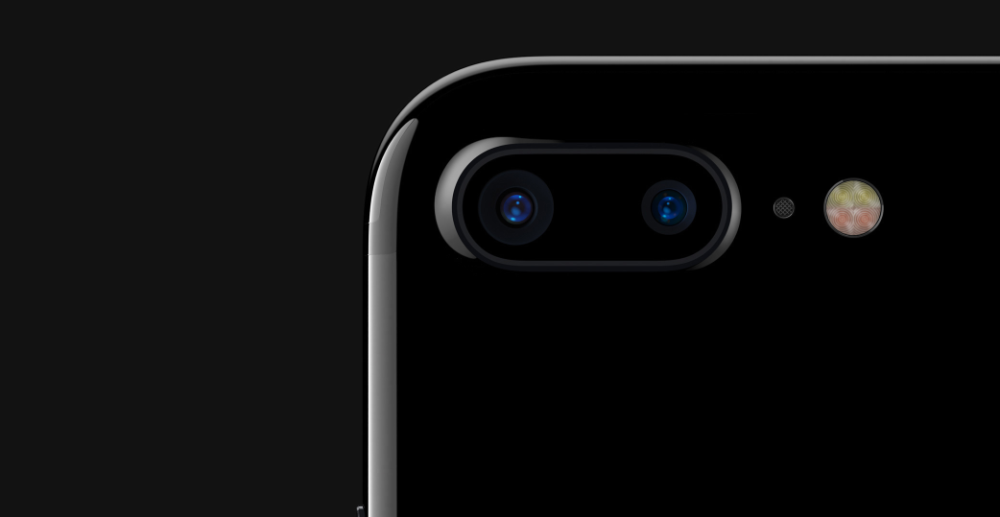 It’s also undeniable that the iPhone 7 and 7 Plus are going to be beasts when it comes to performance and battery life. Apple’s A9 chip was already one of the fastest and most efficient chips on the market, and the A10 Fusion (no matter how laughable the name) is only going to make the iPhone even better in that department. Apple is also touting some much improved battery numbers with the iPhone 7 — saying that it will last “two hours longer” than the iPhone 6s, which already has pretty good battery life. We’ll have to wait and see exactly what that means when we review the phones at 9to5Mac.

Phones like the LG V20 offer features like its second display and quad DAC that you can’t find anywhere else.

Put this all together into a package that is physically attractive, and it’s going to be hard for a company like Samsung to convince buyers of its exploding Galaxy Note 7 that they should stick around. I thought before the keynote that the iPhone 7 was undeniably uglier than the iPhone 6s, but what I didn’t know was how attractive the new “Black” and “Jet Black” colors were. With the new colors, the previously-ugly antennas are almost invisible, making a package that looks seamless and sleek. And actually, literally, polished. And if you use a case (who doesn’t?), then the camera bump — which will be a common complaint — isn’t really a problem.

Would I recommend that you go out and buy an iPhone 7 this week? I’m not so sure. There are still a lot of advantages to Android that you have to weigh (and lots of new stuff is on the horizon!), and phones like the LG V20 offer features like its second display and quad DAC (notably doubling down on sound features and the headphone jack, but that’s another story) that you can’t find anywhere else. The Samsung Galaxy Note 7, too, as long as you don’t happen to have one that’s going to burn your house down, is still an absolutely beautiful and fantastic phone with an amazing display and specs — and the S Pen features. Consider your options, but one thing’s clear: Apple isn’t going anywhere.

Another thing, for me, is that Google’s software and services are just leaps and bounds ahead of almost everything Apple has to offer. This can raise lots of debate about privacy and ethics considering Google’s business model, but as products, Google’s services are simply fantastic. Gmail, Search, Calendar, Google Apps, Google Now, Google Docs — the list goes on and on. I can’t live without them, and having an Android phone means I’m as closely integrated with them as I can be. Google Now (soon to be Google’s even smart “assistant”), for example, seamlessly provides me with easy access to boarding passes and Maps directions based on my emails and my Calendar.

Personally, after seeing the iPhone 7, I’m interested to see how Google’s HTC-made Pixel and Pixel XL that will launch later this year are going to stand up. For all the hardware improvements that Apple has made with the iPhone 7 and 7 Plus, iOS is always trailing Android on the software side. This year, Google is set to make its first real entry into the smartphone hardware market proper. That’s going to come with some direct comparisons to Apple, and I’m nervous about how the phones will stand up. Thankfully, Google making strides in software (think Allo and Duo, for example) — both in innovation and polish. Apple’s mention of live collaboration in iWork today was nothing short of laughable. Who uses iWork?