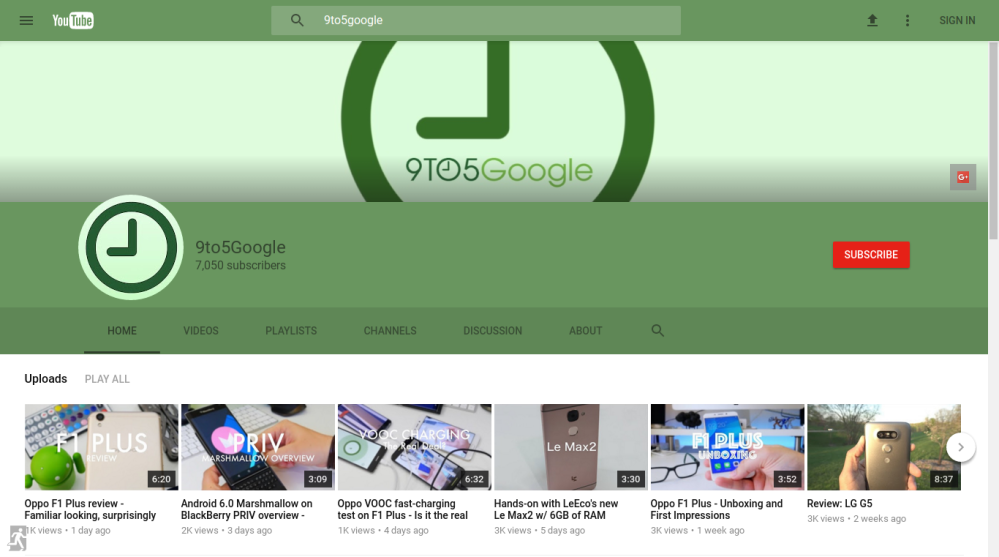 A few weeks ago we told you that YouTube was working on some “Backstage” social features for the website, and now those features are official. The video streaming site has launched the “Community” tab in beta, and it’s already available on some popular channels. YouTube says that creators will be able to post “text, live videos, images, animated GIFs and more” directly to their YouTube following…

The brand new Community tab on your YouTube channel gives you a new, simple way to engage with your viewers and express yourself beyond video. Now you can do things like text, live videos, images, animated GIFs and more, giving you easier, lightweight ways to engage with your fans more often in between uploads, in real time. Viewers will be able to see your posts in the Subscriptions feed on their phones. They can also opt into getting a notification anytime you post.

As mentioned by John Green of vlogbrothers in a video released in tandem with today’s announcement, this solves lots of problems for content creators on YouTube. Instead of being able to engage with their communities directly on the video sharing site, creators have long had to resort to Twitter and other social sites for things like sharing text posts and images, as well as taking suggestions for their videos and hosting giveaways.

As mentioned, the feature is only in beta as of this writing. Currently, you can find the Community tab alive and kicking on the following channels: John & Hank Green, AsapSCIENCE, The Game Theorists, Karmin, The Key of Awesome, The Kloons, Lilly Singh, Peter Hollens, Rosianna Halse Rojas, Sam Tsui,Threadbanger, and VSauce3.

Google says that it looks forward to “rolling out new features and functions as well as including more creators in the months ahead.” We’ll let you know when we’re up and kicking at our 9to5Google channel, and please forgive us for taking this opportunity to suggest that you subscribe!