Video: Apple fans check out an ‘iPhone prototype’ that’s actually a Moto Z (and they were impressed!) 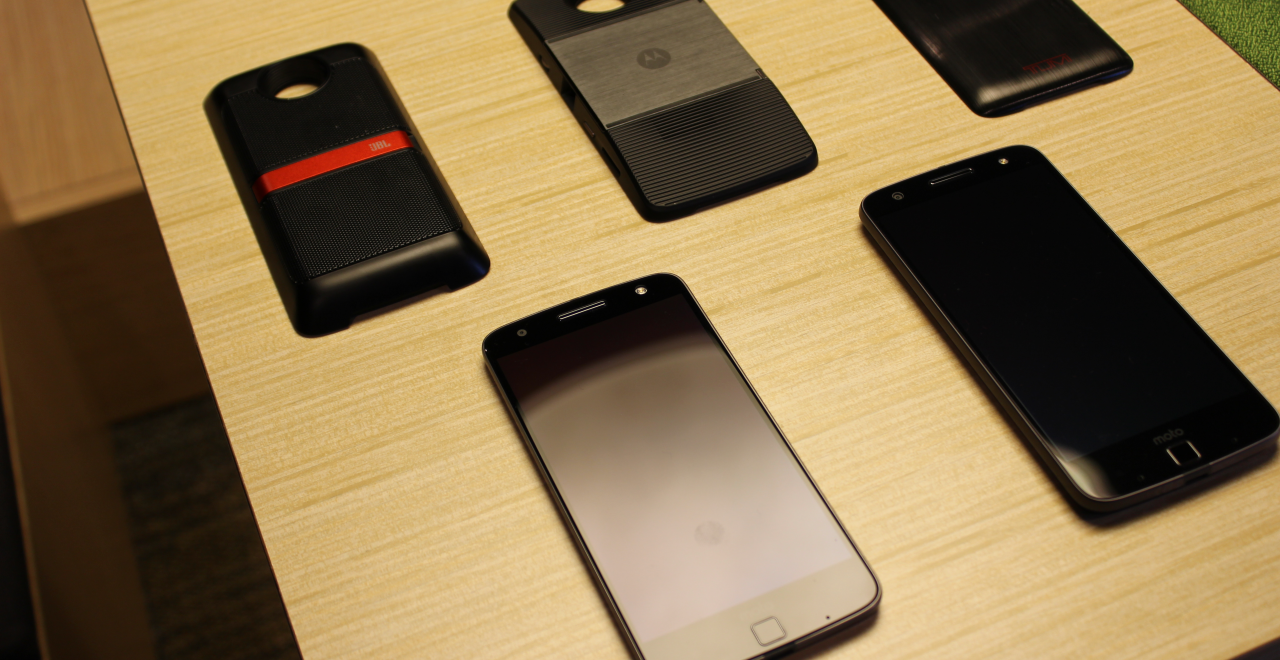 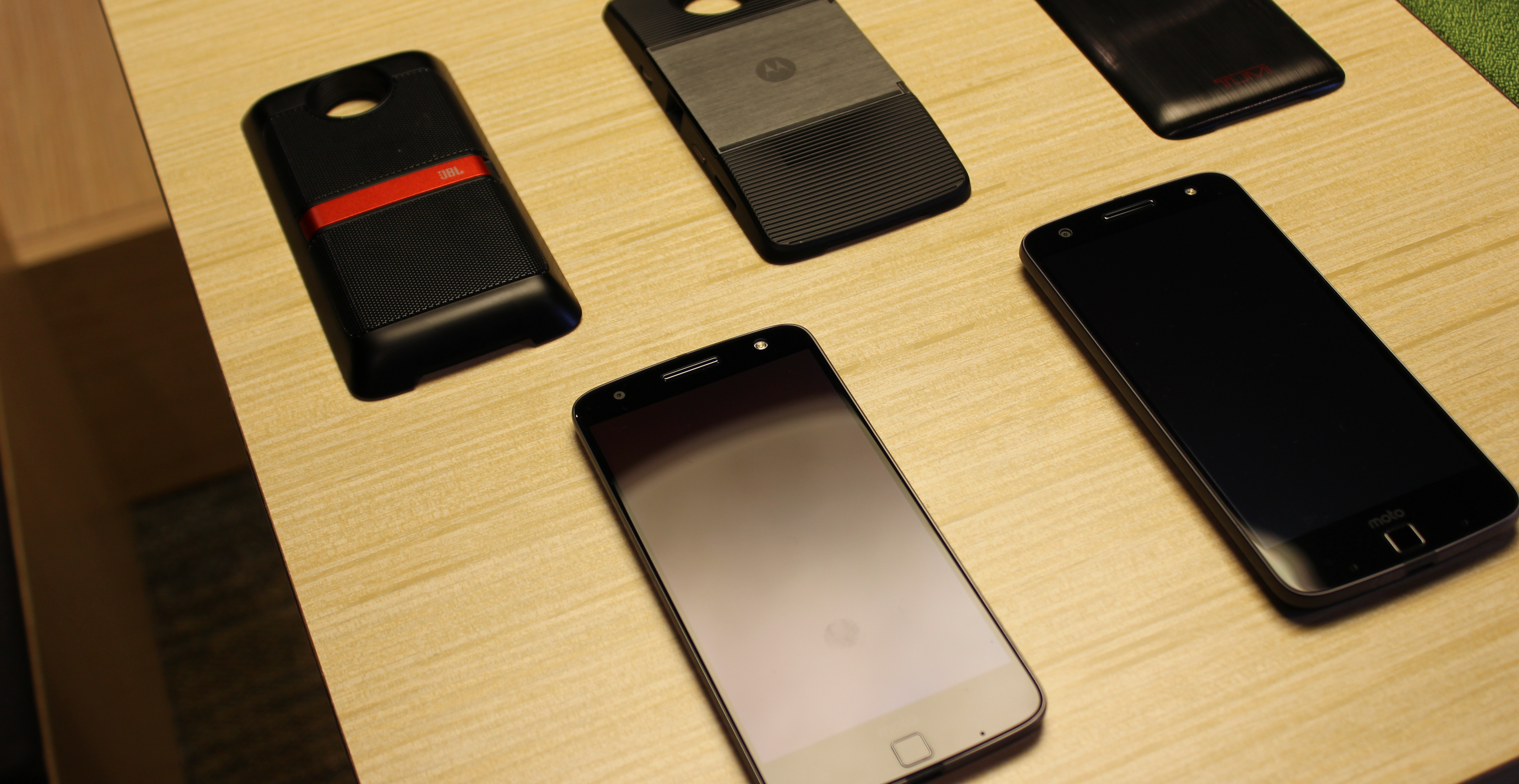 In case you somehow missed it, Apple made the iPhone 7 official last week. While we’re fairly happy with what the company brought to the table this year, many – including some diehard Apple fans – weren’t too impressed…

In a new video, Lenovo/Motorola took a group of real life “Apple loyalists” into a room to get their thoughts on the iPhone 7. The overall reaction was that of disappointment, saying that there was only a “little better camera,” a “little faster processor,” and that’s pretty much it. After that, a new device was brought into the room which was said to be an iPhone prototype, but it was actually a Moto Z.

As the presentation went on, these Apple loyalists were impressed by the phone’s Moto Mod capabilities, especially the battery pack which they said was “extremely innovative” and “heard what consumers were saying.” With the JBL speaker, the group was impressed by the sound and enjoyed the fact that the device connects immediately rather than syncing over Bluetooth. Last was the projector which they “didn’t expect” and thought would be useful at work and in the classroom.

After going through all three mods, Moto decided to tell them “one more thing,” it wasn’t actually an iPhone prototype and instead the Moto Z.

Following that reveal, these Apple fans were asked what the Moto Z and Moto Mods made them think of the company, to which they said: “They’ve been doing some work.” One of the participants further stated that he “did not know what Motorola was up to” and that they were “thinking outside of the box, and that’s how you come up with really great stuff,” which was exactly what Moto wanted to hear.

In a new advertising campaign, Moto is telling customers to “SkipTheSevens,” aka the iPhone 7, Galaxy S7, and Galaxy Note 7. The company says that this industry was built on thinking differently, but in recent years “some have forgotten.” For now, Moto says it’s carrying the torch, so let’s see who wants to challenge them… 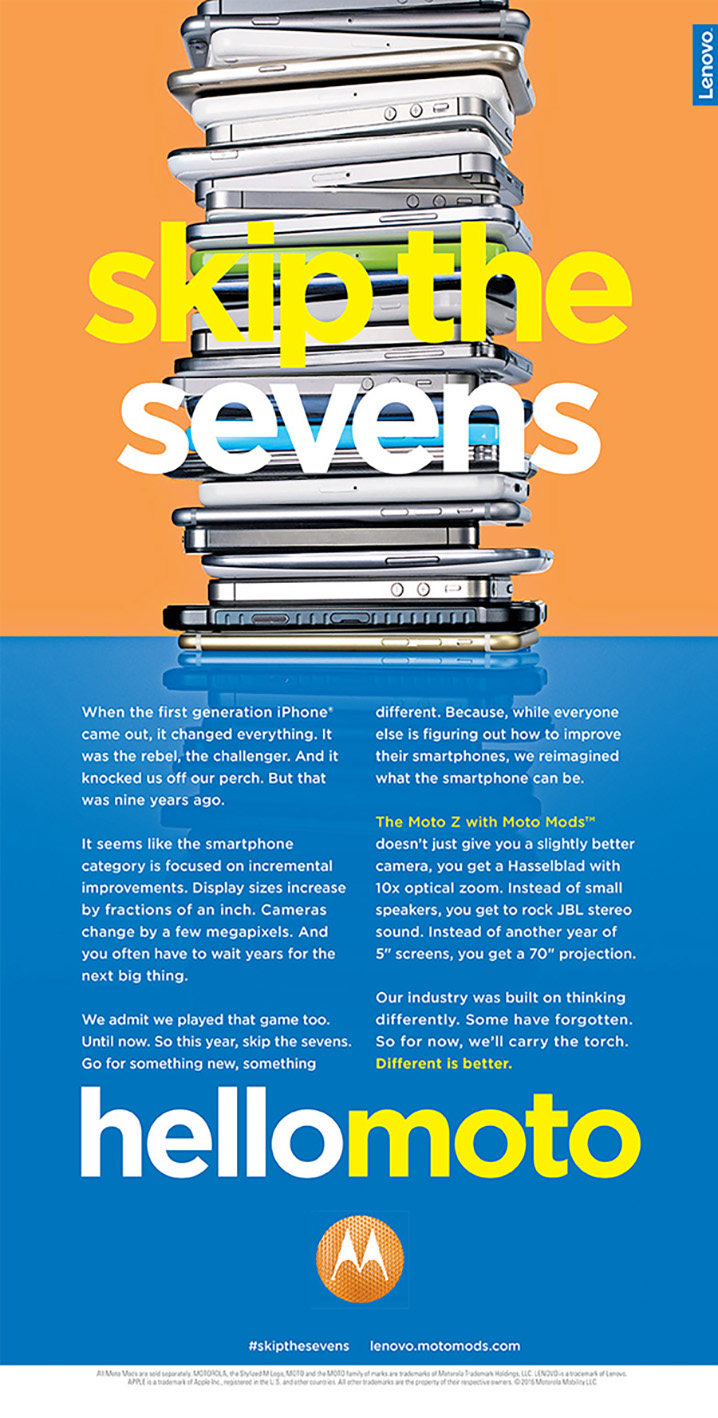