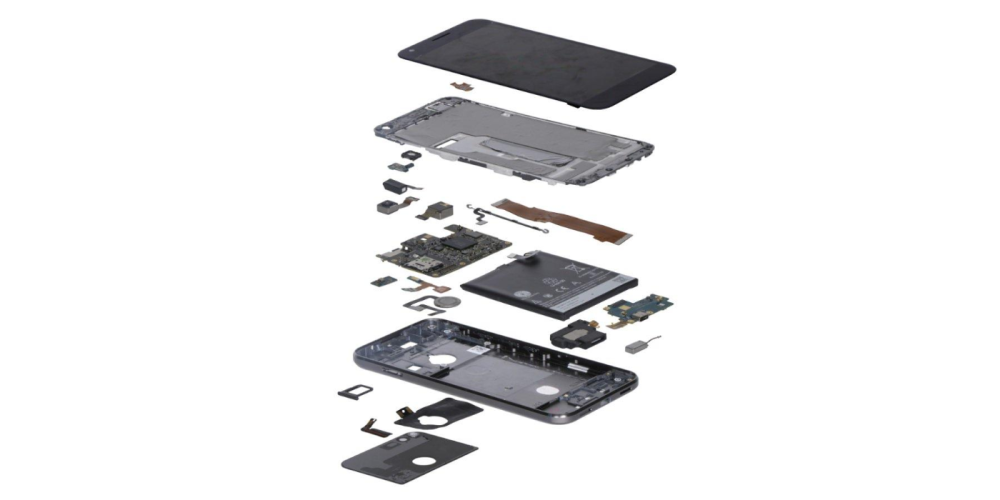 Google’s Pixel devices not only match the iPhone in terms of hardware and software being developed by one company, but also in pricing and manufacturing cost-to-sales-price ratio. A teardown by IHS notes that component cost for the Pixel XL is directly in line with the iPhone 7 Plus and Samsung Galaxy S7 Edge.

The total cost to manufacture the 32GB Pixel XL is $285.75 including $7.75 in basic manufacturing costs. IHS Markit notes that this is unsurprising given how Google is targeting the “same top-end flagship space occupied by the Apple iPhone and top-end Samsung Galaxy lines.”

However, compared to the Galaxy S7, the most expensive component is not the $50 Snapdragon 821 processor, but rather the Samsung-made 5.5-inch 2560 x 1440 AMOLED display. At $58, the only other flagship where the display is the most expensive part is the iPhone 7. One analyst noted that the larger haptics motor found in the XL is slightly influenced by the iPhone’s design.

The machined aluminum and Gorilla Glass 4 enclosure is next at $35. Surprisingly, the widely regarded camera is towards the bottom of the pricing list at $17.50 for the both the front and rear. A reliance on software and lack of OIS is likely the reason for this.

IHS’s breakdown doesn’t take into account other costs like R&D, software optimizations, and marketing. As we’ve seen in the past few weeks, Google is going all out in print advertising, billboards around the world, and online.