After rolling out to desktops and Android earlier this month, Chrome 54 is now available in the stable channel for Chrome OS. Besides the usual bug and security fixes, Chrome 54 adds a Quick View feature to the Files app and a new interface for switching between windows.

Quick View is accessed by highlighting a file and then tapping the space bar. For images, a small preview opens on the left, while a panel lists general info, like size, modified time, and file type, along with specific info such as resolution. The top toolbar lists the full file name and a button on the right opens the file in the proper app.

There is no preview for Google Drive documents or PDFs, but modified time, format, and size still appears. In Quick View, the left and right arrow keys can be used to quickly glance through documents without having to open each file or just relying on small thumbnails. 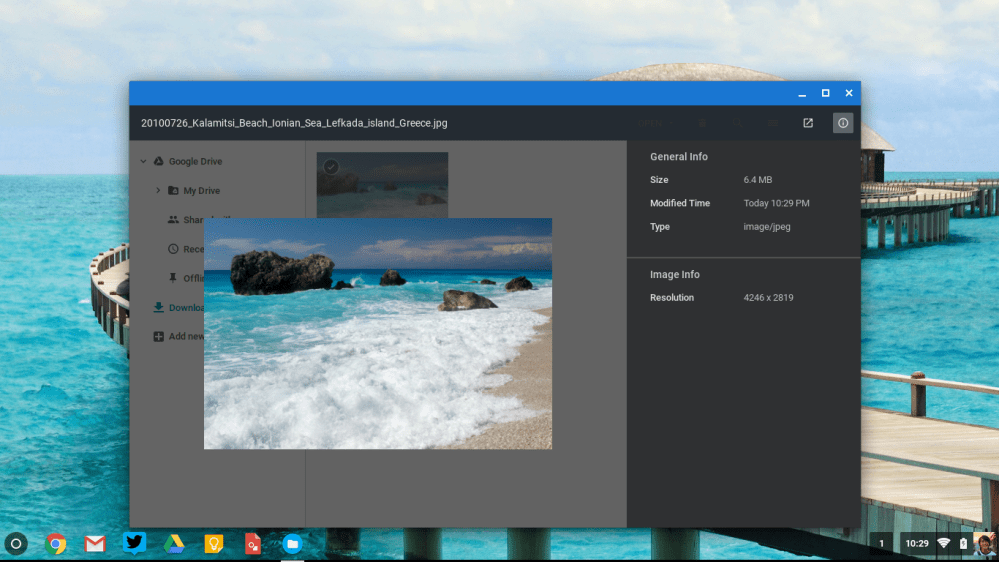 Previously, pressing Alt-Tab would just switch between windows with no animation. In Chrome 54, a new overlay at the center of the screen provides a quick glance at all open tabs and allows for more precise switching.

There are a few cosmetic changes this version starting with an arrow on the log-in screen to enter your password. When hovering over a tab or bookmark, the overlay that pops up is no longer black text against a yellow background, but a more modern white on black.

Other changes this version include:

Chrome 54 is rolling out now to most devices, with exceptions for the HP Chromebook 13 G1, Acer Chromebook 14 for Work, and Thinkpad 13 Chromebook.