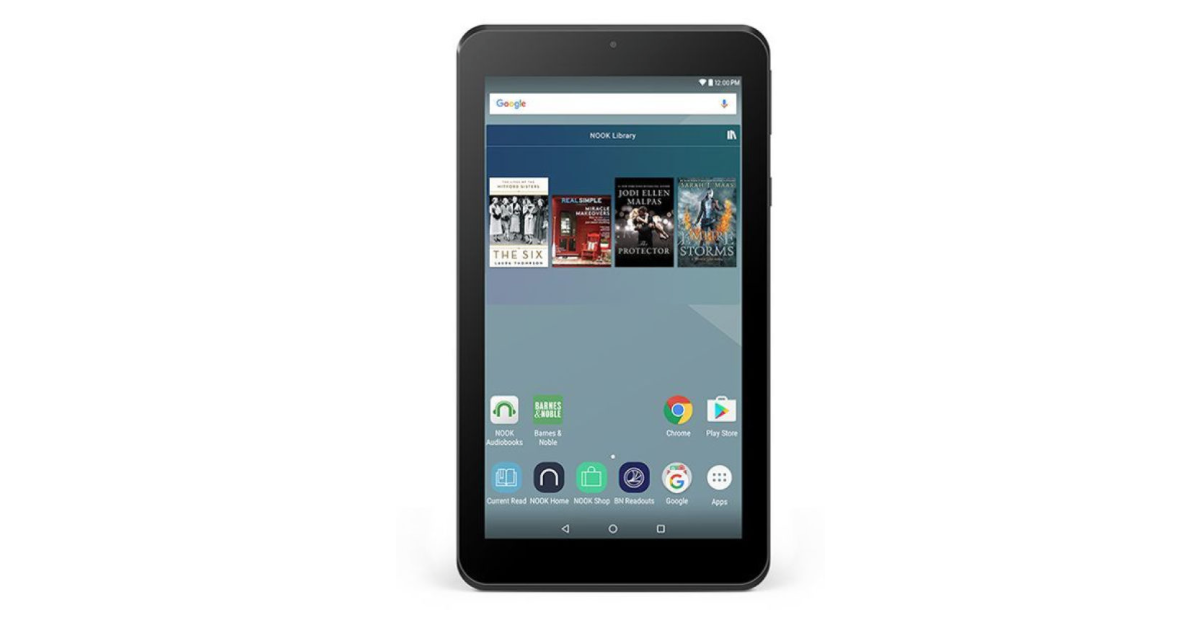 We haven’t seen too many small tablets over the last year or two, mainly because our phones are getting larger, negating the need for an equally expensive slightly larger screen for most people. Those smaller tablets become a bit more useful (and kid friendly), however, when the price is super affordable.

Amazon nailed that formula last year with the Fire Tablet, a 7-inch tablet based on Android, but running Amazon’s software. There’s nothing particularly impressive about the device, especially on the spec sheet, but when you see the $50 price tag, it becomes a much better buy. However, it still lacks Google Play, which is a major downside for software and services. Now Barnes & Noble is trying to beat Amazon at its own game with a $50, 7-inch Android tablet that matches the Fire beat for beat, and adds Google Play.

The specs on the NOOK include a 7-inch 1024×600 display, 8GB of storage with a microSD card slot, front and rear cameras, a quad-core processor, and Android 6.0 Marshmallow. B&N also claims 7 hours of battery life on a charge while reading, watching videos, or web browsing. It also has dual-band Wi-Fi and B&N’s collection of apps to access books, magazines, newspapers, and more.

All of that sounds decent enough, but the big story with this tablet is that it costs $50 and has access to Google Play. That makes it a fantastic gift for the holidays without the limitations of Amazon’s version. The tablet is available for pre-order, and if you order now, you can have it as soon as next week. It will also be available in Barnes & Noble locations starting on Black Friday (November 25th).