Hands-on: Here are four great and affordable cases for the Pixel and Pixel XL 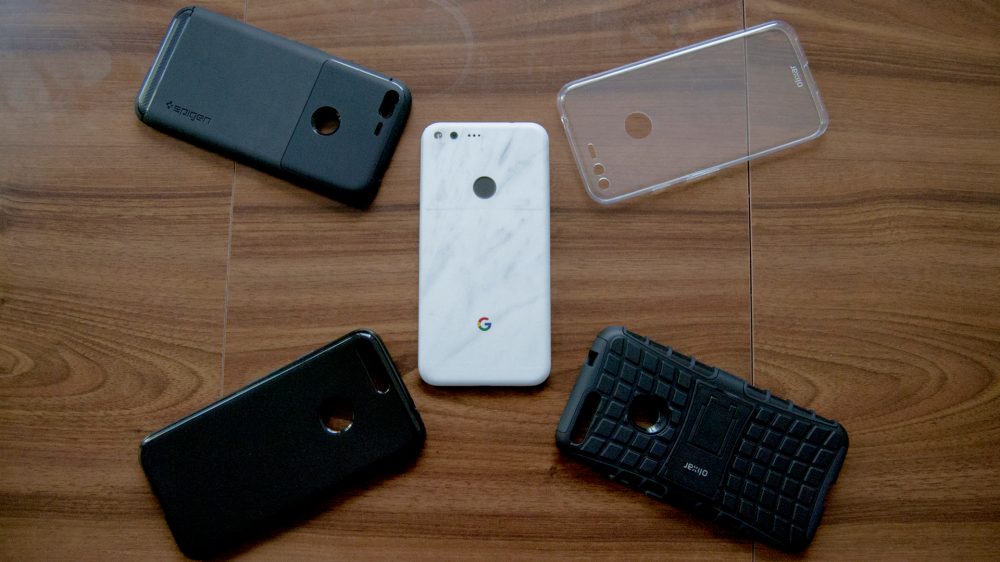 The Pixel and Pixel XL are, indubitably, fantastic smartphones. Some (me included) would argue that they’re actually the very best on the market, at least in the Android realm. However, if there’s one thing very few people have been enthusiastic about, it’s the phones’ design. Besides its similarities with the iPhone, the Pixel phones are simply bland, save for the distinctive glass panel at the back.

So if there’s not much beauty to show off, this could be a great opportunity to give full priority to protection, especially given the presence of glass, however little of it. Our friends over at MobileFun have reached out to us to show a few options, so go after the jump to see if there’s anything for you…

The cases I reviewed are for the Pixel XL, which is the device I own, but all options are available for the standard Pixel as well. I tested four, two of which are fairly simple and minimalist, while the others belong to a more rugged — and even utilitarian — family. 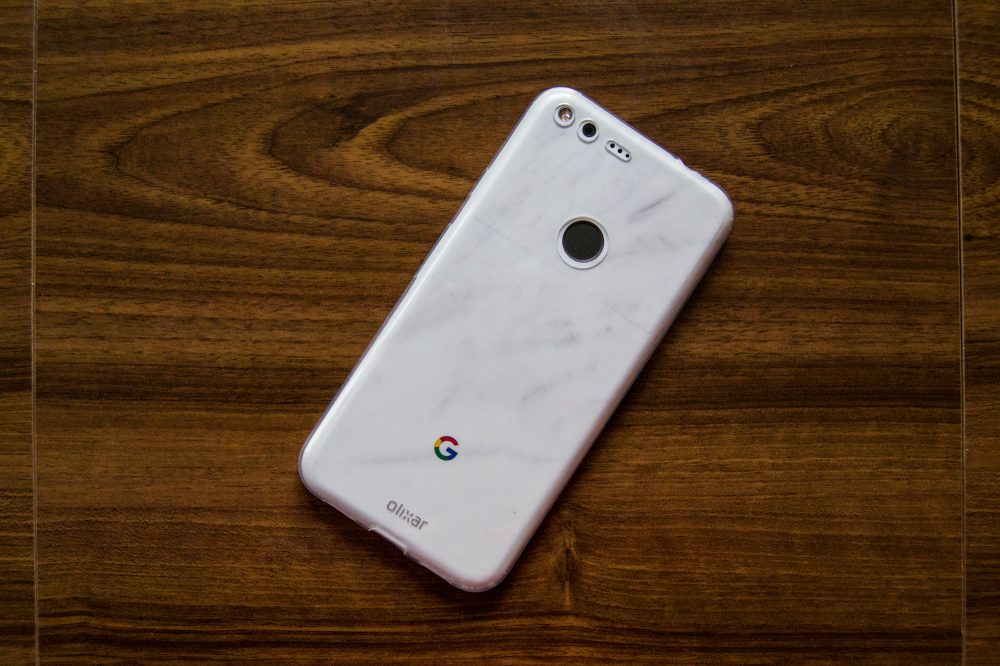 Olixar’s Ultra-Thin Gel Case is really as simple as it gets. Given that it’s transparent, your Pixel will shine in all of its original glory underneath; or not completely original if, like me, you put a skin on it. This is why I like this case: for just $6.49 (plus shipping), it gives me a carefree cover I snap on and off easily while not giving up on the design beneath it. It’s not going to win design awards or protect your phone from major falls, but if you’re looking for something extremely cheap and simple, you can’t go wrong. 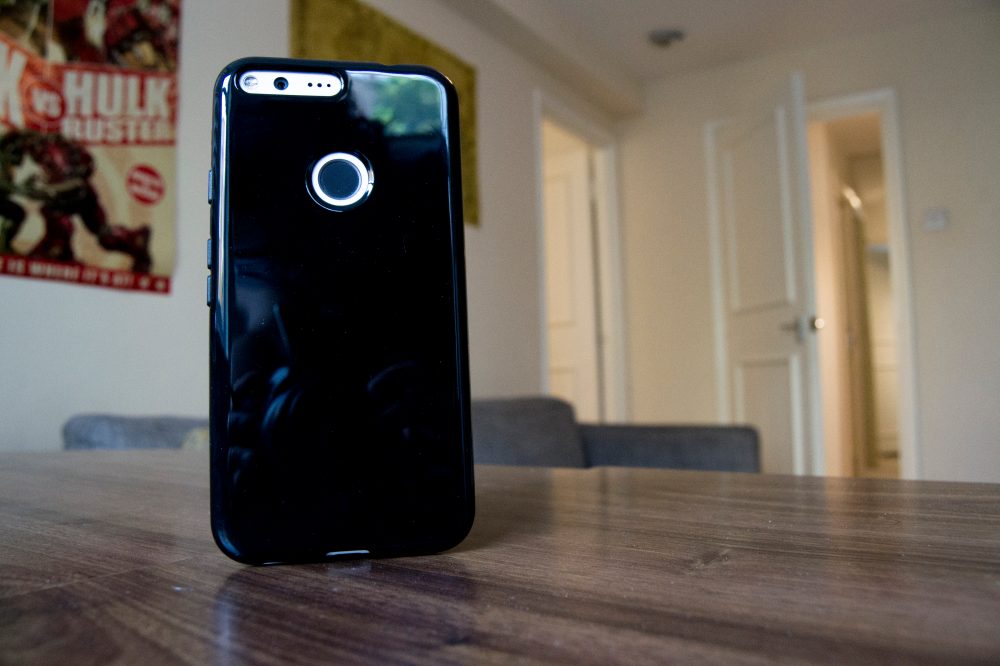 The FlexiShield Solid Black Gel Case is not too different in terms of feel, as the material used is identical. I did, however, found its fit to be a little tighter (which I liked), and the glossy black (and logo-free!) color to look particularly nice, especially with the white skin to contrast it (the Very Silver Pixel should looks somewhat similar). It’s again a very basic case, but for the same price as its transparent sibling it’s far from a bad offer.

The final case from Olixar, the ArmourDillo Protective Case, is the one where things get a little more interesting. To put it simply, this case is a tank. Once you put your phone inside it, you will notice that the overall dimensions increase tangibly, but fortunately the weight doesn’t suffer from it. 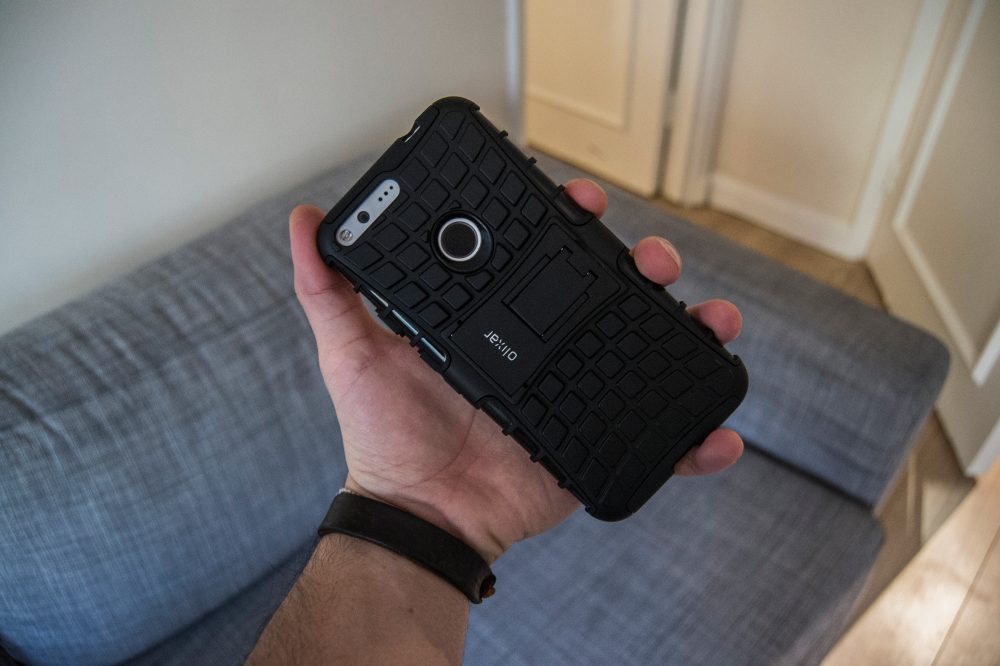 This is the kind of case you go after if you know you’re either very heedless of your device (or truly unlucky) or you live in more unfriendly environments, where your phone is likely to fall and break. Well, with the ArmourDillo on, chances are it won’t. Even sitting on its face, the screen doesn’t touch the surface, and any fall from reasonable heights should be handled no problem.

My own Pixel fell off my pocket two times in my testing, and I can’t even see where the hit was taken on the case. But the ArmourDillo has another trick up its sleeve: an integrated kickstand. It’s not adjustable, but it does what it has to do, and when it’s time to watch a video while you’re not home or have your computer with you and boy is that handy. 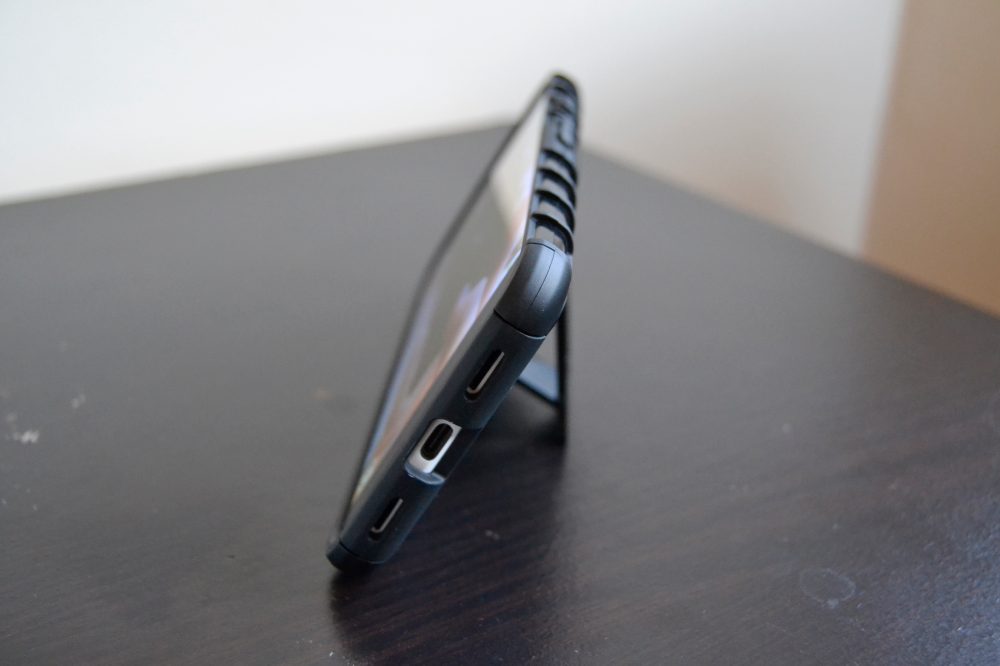 There are only two downsides to this case, really: the fingerprint reader is nested a few millimeters down its hole, and despite the dedicated little slipway, it’s somewhat hard to reach. And, last but not least, the kickstand makes the case’s size uneven on the back, which means your phone will rock if sitting on a flat surface.

At $13.49, it still is on the cheaper end, and its constructive quality wouldn’t make you think that. If sheer ruggedness is what you need, and you like the idea of a kickstand, by all means go and buy this case. But if you want something a little simpler that still puts protection as a high priority, you may want to look more closely at Spigen’s Rugged Armor case. 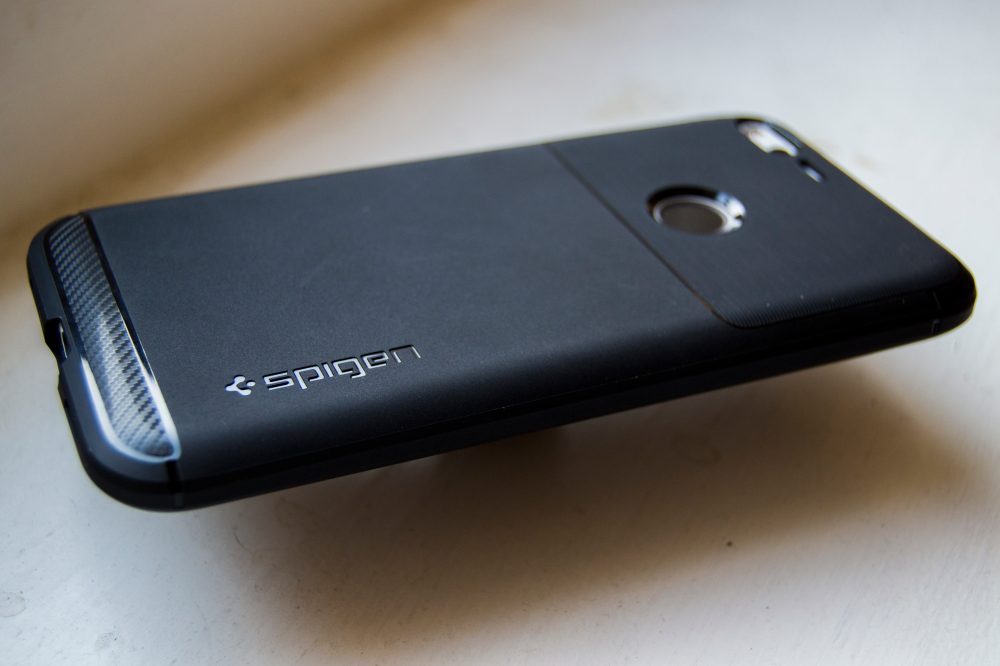 It’s nowhere near as bulky as the ArmourDillo — and perhaps a little less resistant — and it lacks the signature kickstand, but overall I think it’s still worth its $18.99 price tag. For one, this is by far the best feeling case of the whole bunch. The mixture of rubbers and the carbon fiber-like strip at the bottom make for a smooth feeling that instills both solidity and cleanness. On the other hand, the textured top retains the original two-tone look and the easiness to find the correct position when the phone is in your pocket, something all of the Olixar cases lack.

Then there’s protection: this is still a pretty resilient cover, as its very name suggests, and one that encapsulates your Pixel without adding much to its original dimensions. Needless to say, it’s become my go-to case for whenever I feel the need to add that extra layer of safety, and the one I’d recommend that you buy too.

There are more cases on MobileFun’s website, of course, so head over there to see if something else may float your boat.