Just over a year ago, Google announced plans to put free, high-speed, public Wi-Fi into over 400 railway stations across India. However, that is an ongoing process that is far from over. Google wanted to expand the coverage to 100 stations by the end of 2016, and now with just a few days left in the year, it has lived up to that promise.

In a blog post today, Google details that, in partnership with Indian Railways and RailTel, 100 stations across the country now have access to high-speed wireless internet. These busy stations service over 10 million people every day, and with Google’s free Wi-Fi, they can now stream or download video content, use services like Google Maps to get to their destinations, and download content to pass the time while traveling.

Google also states that of those 10 million daily traveling, over 15,000 customers are connecting to the public Wi-Fi each day who have never had internet access before. India’s lack of strong cellular coverage makes Google’s initiative in the country a very valuable service for them, as quotes from users in India clearly show:

I visit [Jaipur station] every 3 to 4 days to get fast access to the Internet. I stop there for a few minutes, download apps, update them and get things my daughter wants. She is in 10th grade and uses my smartphone in the evenings to fulfill her educational needs. She also teaches my wife, her mother, to read and write using my smartphone.

I am migrant worker from Bihar and I travel to Rajasthan for work. Traveling usually means I won’t have a good connection. I got so excited when I saw free Wi-Fi here at the station. I just called my wife, and the voice and picture clarity were so good. I haven’t seen her face this clear in so long, whenever I talk the image is blurred because the network isn’t great. She also got so excited to see my call, she was very surprised to see me. I feel so good after speaking to her. I can’t stop smiling.

As time goes forward, Google plans to install this same free high-speed internet access at other railway stations around the country, and through Google Station, expanding that reach even further throughout the country. 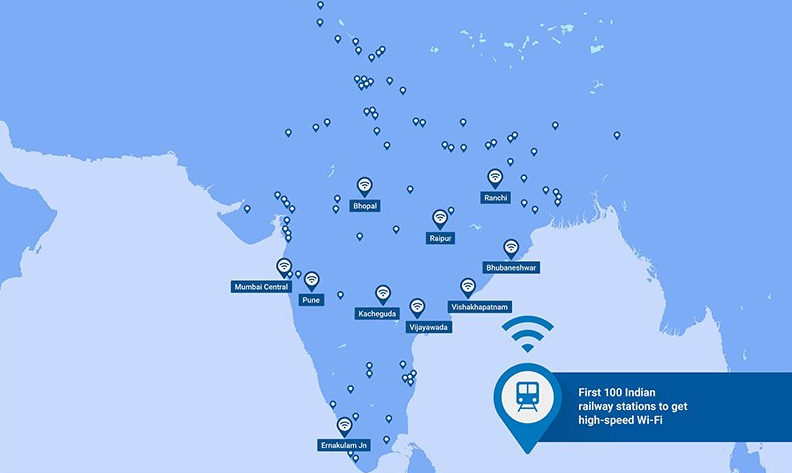