Including the shopping and gift-heavy holiday season, January’s Android distribution numbers are now available. Although still under one percent, Nougat almost doubled in usage, while the nearly seven-year old 2.2 Froyo finally disappeared from the list.

Increasing only a tenth of a percentage point from December, 7.0 Nougat is now at .5%. Meanwhile, 7.1 with API level 25 makes an entry at .2%. With the absolute latest version of Android only available on the Nexus and Pixel line, it’s safe to assume that Google devices make up the majority of those numbers.

However, Sony is already testing 7.1.1 on the Xperia X, while Samsung is expected to launch Nougat on the Galaxy S7 and S7 edge with 7.1 this month. Notable Nougat updates since December include the OnePlus 3, several Sony Xperia devices, and the unlocked HTC One M9.

Clinging on for several months now, 2.2 Froyo is now gone after falling below the required .1% to remain on the list. These numbers are compiled from Android devices that accessed the Play Store in a seven-day period ending on January 9th. 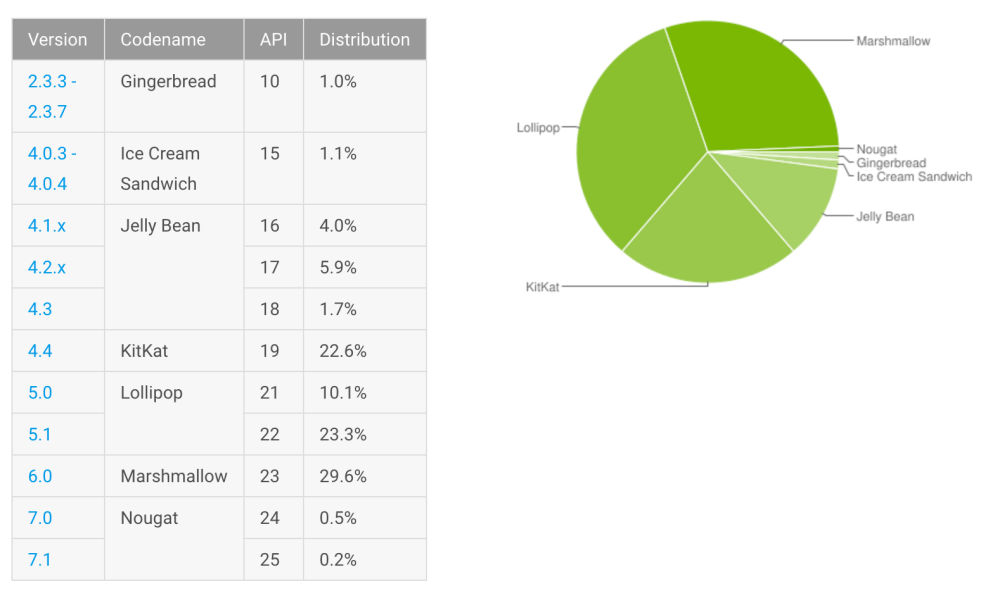