Samsung officially kicks off Nougat rollout for S7, confirms updates for Galaxy S6 and Note 5 during first half of 2017 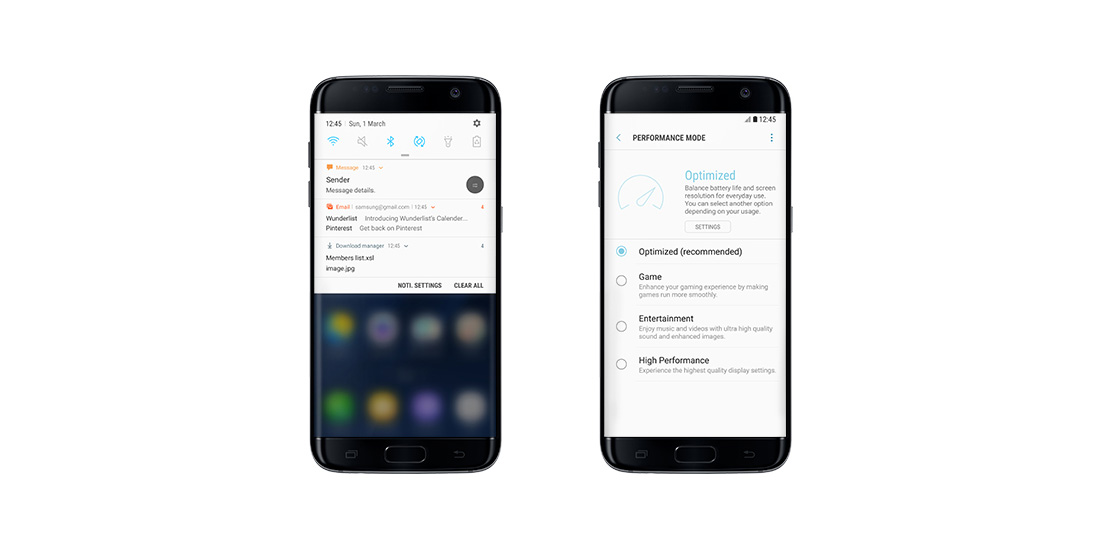 Over the past few days, many Galaxy S7 users have had the official, stable build of Android Nougat become available for download as an OTA, but today Samsung has finally officially confirmed the update.

Samsung states that the update began its rollout on January 17th and will be rolling out over the coming weeks, but should be hitting most unlocked devices at this time. Carrier models should follow close behind.

As we saw during the beta program, Android Nougat for the Galaxy S7 brings a cleaner design overall along with new enhancements to the built-in features. For example, Samsung has built multi-window into its software for a while, but with Android Nougat the feature now works with almost any app, and also brings a new pop-up function which allows users to run five apps on screen at once.

Performance mode has also been added, enabling users to save battery life, optimize performance for gaming and daily usage, as well as enabling high-quality display settings. This is done by adjusting the device’s resolution which you can learn more about here.

Samsung has also introduced a new service, Samsung Pass. This feature acts as a ‘master key’ of sorts for both app and website logins which can be authenticated via the fingerprint sensor. However, this feature will be region locked to some extent.

Last but not least, Samsung has also confirmed today that it will be rolling out Android Nougat to several of its older devices during the first half of 2017. The full list follows: