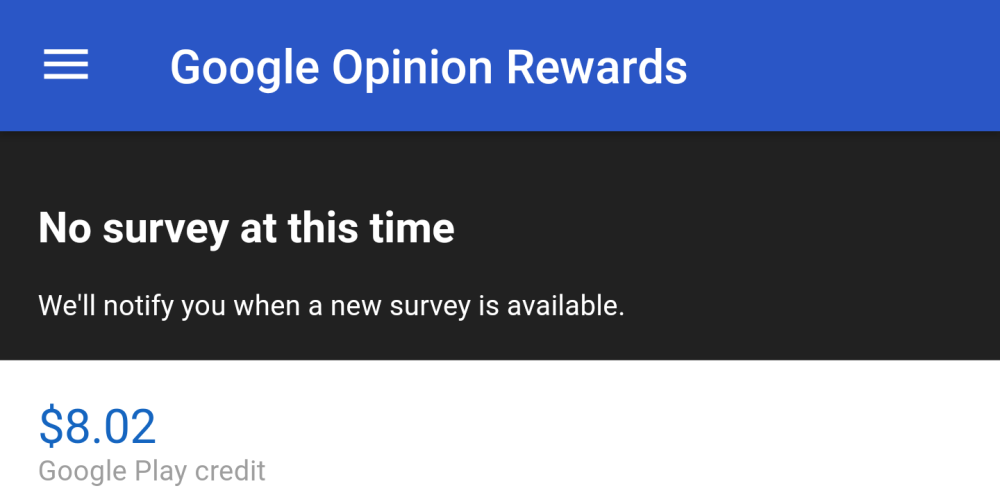 While Google Opinion Rewards may not be as generous in asking questions and awarding Play Store credit as it once was, the service is still active. An update today expands the service to Austria and Switzerland, while adding a new navigation drawer and notification sound.

Launched in 2013 by the Google Surveys team, the app allows people to answer quick surveys and earn Play Store credit. Some surveys are based on location history and recently visited places, while others are more general and ask which choice you prefer.

In the early days, surveys were pushed to users on a near weekly basis, with reward amounts ranging from a few cents to $1 in the United States.

Despite the drop in frequency, the app is still being developed and expanding to more countries, like Austria and Switzerland. Today’s version also adds a hamburger menu to accommodate a new settings page, with the navigation drawer featuring Home, Reward History, and Help.

In Settings, there is a new option to enable Notification sounds, though users don’t have the ability to customize the tone. Additionally, there is a link to Google Location History that opens up Play Services.

The latest version is now widely available via the Play Store.