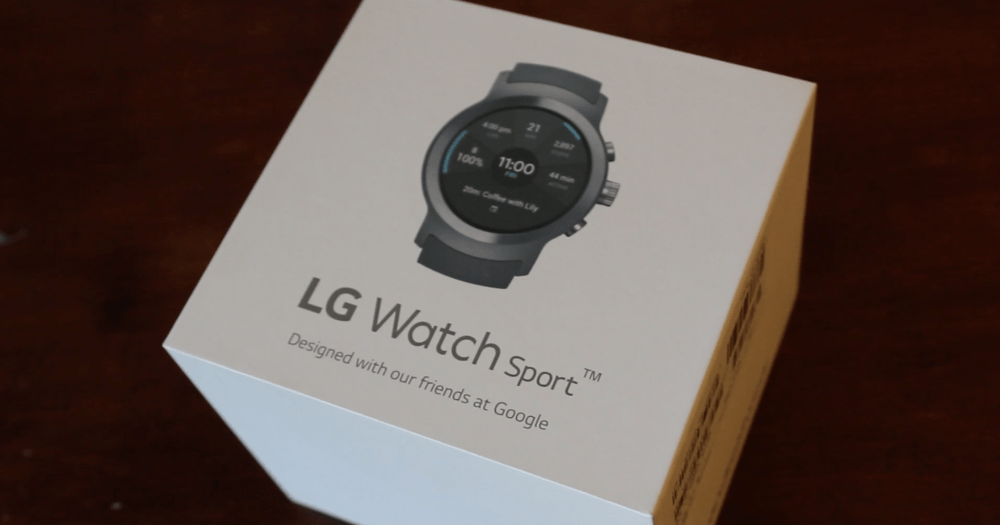 Google and LG jointly announced the LG Watch Sport and LG Watch Style yesterday, both filling the role of being the first smartwatches to run Android Wear 2.0. While the Style is the stylish and less-powerful of the two, the LG Watch Sport basically brings everything and kitchen sink…

The LG Watch Sport is certainly the “flagship” of the pair, at least in the sense that it brings all the features. There’s a 1.38-inch display, IP68 certification, more RAM at 768MB, a beefier 430mAh battery, cellular radios (both 3G and LTE), an NFC chip for Android Pay support, a heart rate sensor, and GPS.

In the box, you get the watch itself (which, as many have noted, isn’t small), a nice wireless charging dock like the ones that ship with Moto’s watches, an AC adapter with a USB Type-A port, a charging cable for connecting that AC Adapter to the charging dock via USB Type-C, and the usual booklets and regulatory information.

Check out our video below for a closer look at everything that’s in the box. And stay tuned for our hands-on and unboxing of the LG Watch Style. Reviews for both watches are coming soon: