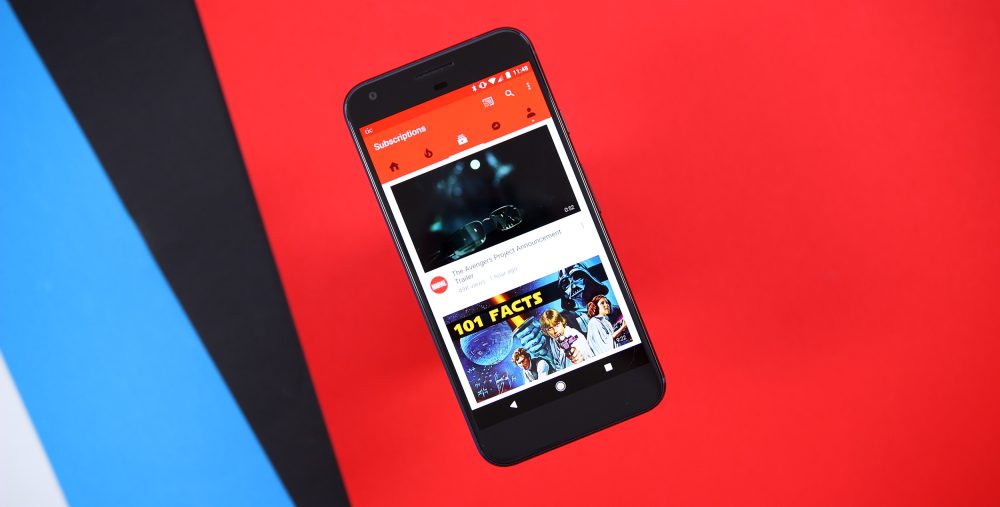 When watching YouTube on the web, in-video notifications and annotations suggesting what else to watch are quite common. Google now appears to be testing a similar overlay on Android to recommend what to watch next.

On phones and tablets, the YouTube app makes use of the ‘Up Next‘ list underneath a video to suggest more content to watch. Videos from select channels and partners already feature an info icon in the player window to show more things to watch from that channel.

Both of these solutions work well in portrait, but people are more likely watching video in landscape. In this mode, users are restricted to the whim of Autoplay if they want to easily watch a new clip.

As spotted by Android Police, the YouTube app is now testing a horizontal overlay of videos when you pause a fullscreen clip. Three full thumbnails with video titles and length are visible, with users having the ability to scroll through more. These suggestions will also presumably show up at the end of the video.

Such a feature would be wildly useful and give users a more convenient choice over what to watch next. This feature has yet to appear on several of our devices and given YouTube’s sluggish A/B tests it might be a while before this feature sees a wider rollout. 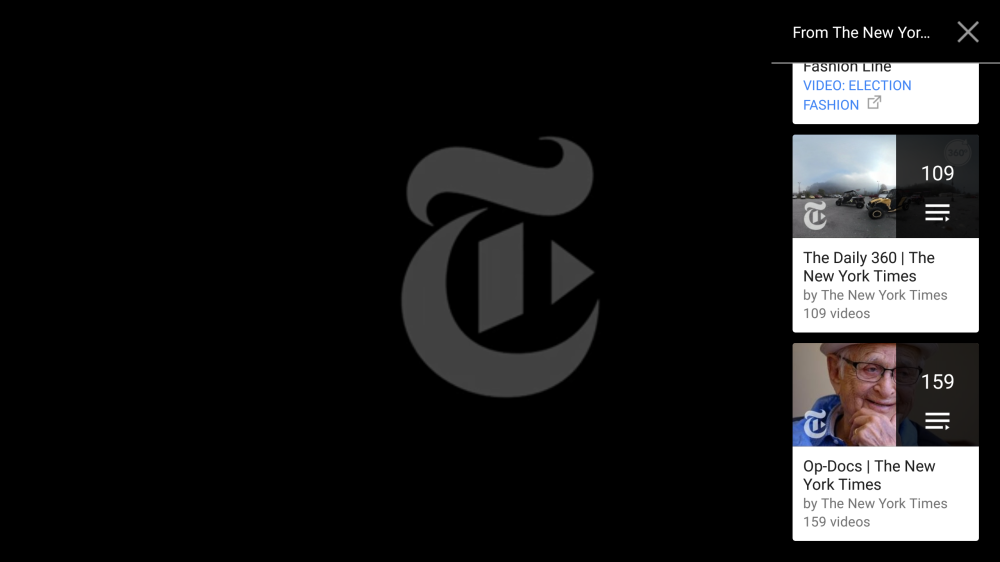