Initial support for ‘Payments on Google Assistant’ rolling out 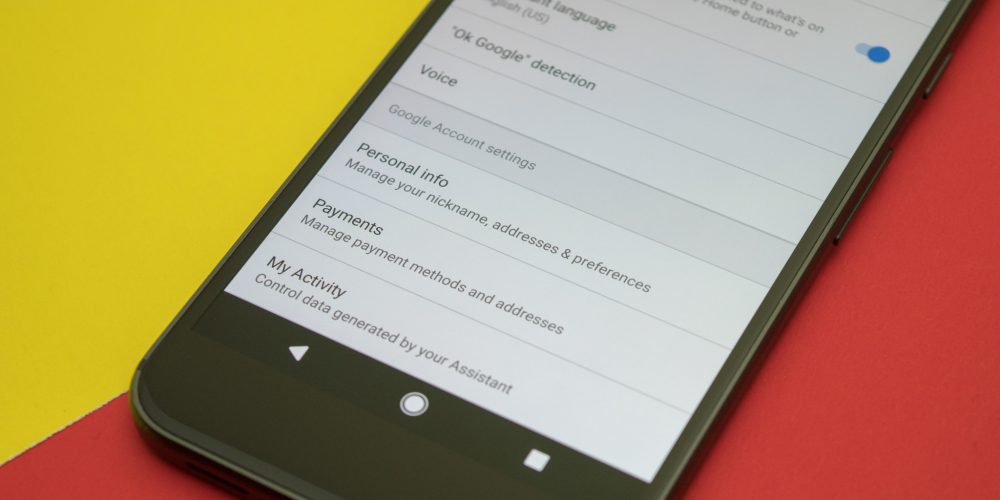 Teased since December, Google Assistant appears to be gearing up for its next major feature. A new Payments setting that allows users to add credit card and address information for future purchases is now appearing for several Pixel owners.

On Wednesday night, the Payments option began showing up under the Assistant settings of the Google app. It was not initially available when version 6.13 of the app began rolling in beta on Tuesday and is likely part of a server-side rollout.

Tapping it brings up a tutorial to “Set up payments & delivery info” for “packages, groceries, and other purchases.” In addition to the Google Payments Terms of Service, users have to agree to the ToS for Google Express — the company’s home delivery service — before proceeding.

What follows is a familiar prompt to enter credit card and address information. You also have the option to allow shared devices, like the Google Home, to use this information in order to pay for things. Notably, the Payments option appears under the broader Google Account settings and not a device-specific section.

A separate toggle allows users to disable “Pay through your Assistant” while storing the info for future usage.

At the moment, there appears to be no way to actually use the new Payments through Assistant feature to make any sort of purchase as Google has yet to expose this functionality to third-party developers. However, this setting hints that it is coming sooner than later.