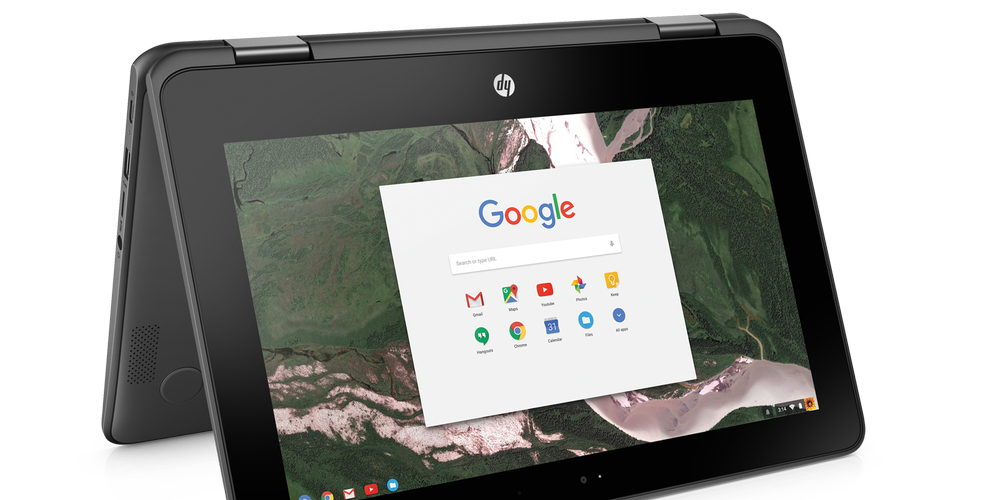 Acer and ASUS debuted a couple of new education-focused Chromebooks back in January, and now HP and Google have announced a new Chrome OS-running laptop to join the fun. The HP Chromebook x360 11 G1 Education Edition (yeah, that’s a mouthful) is a convertible Chromebook set to arrive in mid-April…

We don’t have a full rundown on details for the new Chromebook yet, but Google says that it’s a “rugged 360 degree convertible” (as you can clearly see in the image above) with USB-C charging, an “optional” stylus and a secondary “world-facing” camera on the keyboard side.

The news comes from deep in a post on The Keyword: