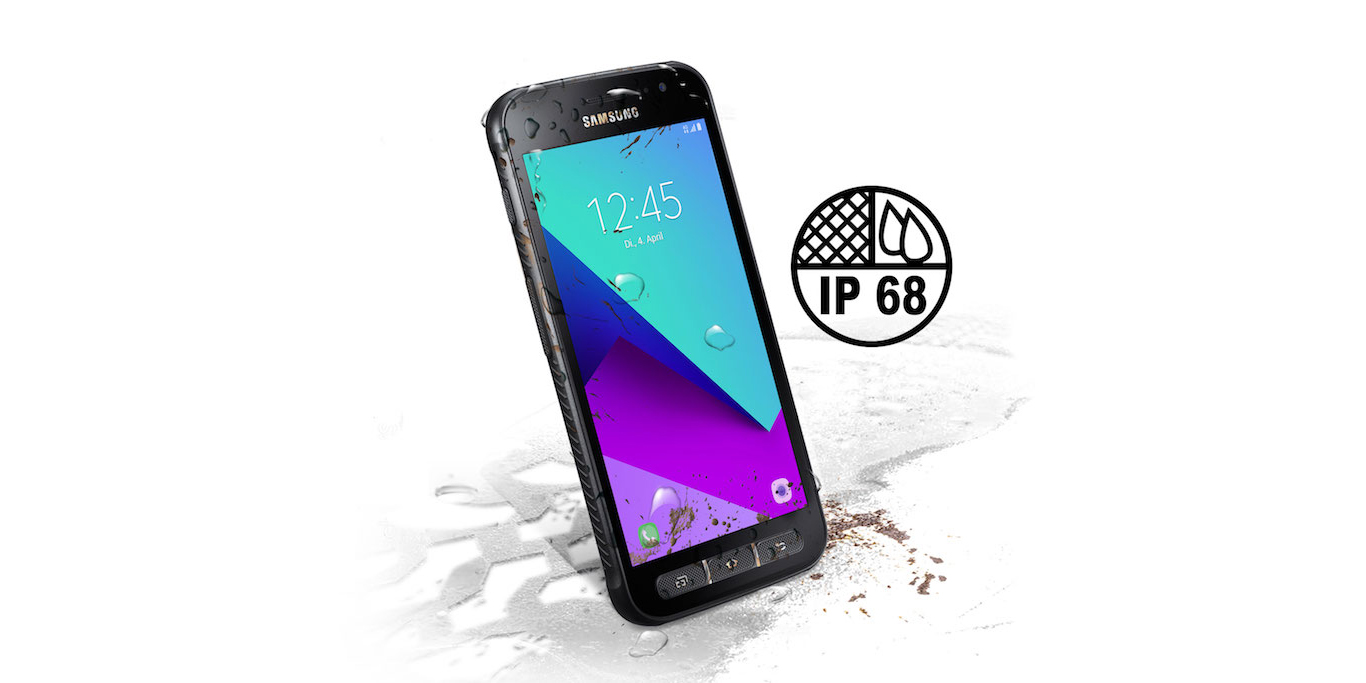 Hot off the heels of its MWC 2017 event, Samsung has recently debuted another new device ─ the mid-range Samsung Galaxy Xcover 4. While this probably won’t be coming to the US market anytime soon, this is certainly one of the more interesting mid-rangers we’ve seen from the company in a while.

The Galaxy Xcover 4 offers a 4.99-inch TFT HD (720p) display, 1.4GHz quad-core processor, 2GB of RAM, and 16GB of storage. While none of those specs are super impressive in today’s market, they’re all notable improvements over previous Xcover devices. Further, the phone has a 13MP rear camera, 5MP front camera, 2,800 mAh battery, a microSD card slot, and even Android Nougat out of the box.

The star of the show, however, is the rugged features of this phone. First, we’ve got an IP68 rating against the elements. That means the device is completely sealed as far as dust is concerned, and can handle submersion in water for fairly shallow depths. Then, there’s a MIL-810G rating, meaning the phone can stand up to heat, salt and dust, drops, and other harsh weather conditions without skipping a beat.

Pricing for the Galaxy Xcover 4 lands at 259€ (about $272 USD) and the device will be available in Europe starting April 4th. A North American release is unclear at this time.